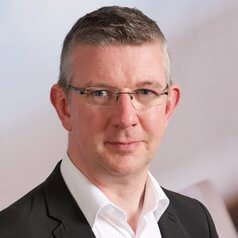 I joined the School of Engineering at the University of Glasgow as James Watt Chair, Professor of Engineering Science in October 2014. My previous posts were Director, Advanced Space Concept Laboratory and Director, Scottish Centre of Excellence in Satellite Applications at the University of Strathclyde, where I retain a Visiting Research Professorship. As a Physicist turned Engineer I have long enjoyed the interaction between these two vibrant fields. I am a Fellow of the Royal Society of Edinburgh and the Royal Academy of Engineering and was made MBE in June 2014 for services to Space Research, Science and Technology.

Much of my work has centred on mathematical modelling of families of highly-perturbed spacecraft orbits, most recently funded by an Advanced Investigator Grant from the European Research Council. However, my research interests also cover the broad application of mathematical modelling to a range of problems in Engineering Science including:

I’m also keenly interested in the long-term societal impacts of Engineering Science and write on Energy, Innovation and Environment issues for the print and on-line media. These public engagement activities also reflect my firm belief in the socially and environmentally progressive nature of Engineering Science, ideas which I explored in depth through the 2013 Royal Society of Edinburgh Kelvin Prize lecture on Energy, Entropy and the Human Enterprise.

Colin McInnesMalcolm McRobbZhongxu Hu - Jun 28, 2019
This year marks the 50th anniversary of the first Apollo moon landing. This was possible thanks to an extraordinary acceleration of space technology. Within a remarkably short period of time leading up to the...
Read more