The LightSail-2 Mission Launched Last Week. It Could Shape the Future of Solar Spaceflight 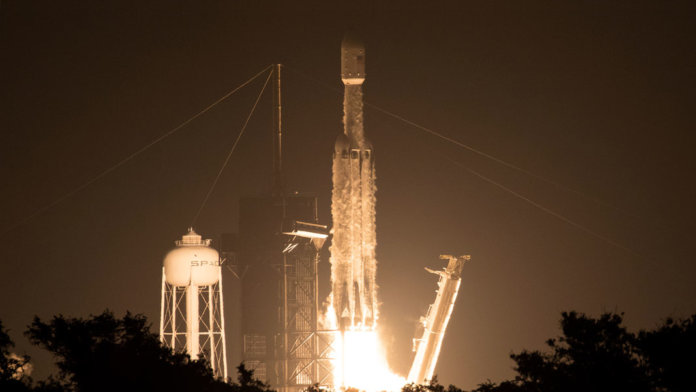 Just like the early explorers harnessed the wind to sail around the world, scientists have long dreamed of using light to sail through the cosmos. Last week an ambitious trial of a technology called LightSail-2 took to the skies aboard SpaceX’s Falcon Heavy rocket.

The idea of solar sailing has a long pedigree. As far back as the 17th century, renowned astronomer Johannes Kepler speculated that it might be possible to construct sails that harness the power of the sun to propel spacecraft.

And he was right. The photons that make up sunlight exert minuscule amounts of force on objects as photons hit them and transfer some of their momentum. This “solar radiation pressure” is so tiny that it is dwarfed by all the other forces we’re subjected to on Earth, but in the zero gravity of space it can add up because it’s constant.

So while it might take a while to get going, this pressure can theoretically provide continuous acceleration, which has led people to speculate that this might make it a powerful technology for long space missions. Not only will a solar sail never run out of fuel, over long periods it should be able to reach incredibly high speeds.

The LightSail-2 mission that launched last Tuesday is designed to demonstrate the potential of the approach. It’s the product of a decade-long, crowd-funded project by the Planetary Society, which was co-founded by legendary astronomer Carl Sagan, himself a strong advocate for solar sailing technology.

About two weeks from its launch, the bread-loaf-sized spacecraft will unfurl a 32-square-meter kite-shaped sail supported by four booms and made of mylar thinner than a human hair. Inside the spacecraft is a “reaction wheel” which will be used to orientate the spacecraft.

The goal of the project is to demonstrate that solar sails are a viable way to significantly reduce the cost of space travel, Planetary Society CEO Bill Nye “The Science Guy” wrote in National Geographic. Deep space missions typically require a lot more fuel than can be carried by the tiny “CubeSats” smaller research teams can afford to launch, but a solar sail does away with that requirement.

“Solar sailing is elegant not only in concept but also in its efficiency,” wrote Nye. “Unlike a conventional rocket engine, it never runs out of fuel. Because the sun shines around the clock, the small bit of energy imparted every second builds and builds.”

This isn’t the first time the Planetary Society has attempted solar sailing. In 2005 a much more ambitious 600-square-meter light sail called Cosmos 1 was supposed to carry out a similar mission, but the Russian rocket it was launched on failed and the mission was lost. And in 2015 LightSail-1 conducted a glitchy but broadly successful test of solar sail deployment without any attempt at sailing.

It’s also not the first successful attempt at solar sailing. In 2010 Japan launched a spacecraft called IKAROS with a 14-square-meter solar sail that had in-built solar cells to generate electricity. It also featured liquid crystal panels (similar to those in an LCD screen) whose reflectivity could be controlled using an electric current to vary the amount of pressure on different areas of the sail and therefore control its direction.

And it also won’t be the last. NASA plans to launch a CubeSat called NEA Scout next year that will use a solar sail to reach a near-Earth asteroid. The project is designed to show that the technology can enable tiny spacecraft to carry out valuable missions at low cost. Following on from its success with IKAROS, Japan also plans to build a 1,600-square-meter solar sail designed to return a sample from the Trojan asteroids on the same orbit as Jupiter, which could launch in 2026.

There’s also an ambitious effort underway to test whether solar sails could really hold the key to interstellar travel. Israeli-Russian billionaire Yuri Milner has put $100 million into a project called Breakthrough Starshot, which is aiming to use a solar sail to reach our closest star system, Alpha Centauri. The journey would take current spacecraft roughly 30,000 years, but the mission plans to use a 100 gigawatt array of lasers to accelerate a one-square-meter solar sail to a fifth of the speed of light so it can reach there in just 20 years.

The mission faces a host of significant challenges, including dealing with atmospheric distortion of the laser, creating a sail that won’t burn up under such intense light, and squeezing all the mission’s instruments into a total payload of less than a gram—not to mention the projected $10 billion and 20-30 years it will take.

Nonetheless, centuries after its conception, solar sailing finally seems to be having its moment in the sun. It may not be long before deep space mariners are discovering new shores, just like their Earth-bound ancestors did.