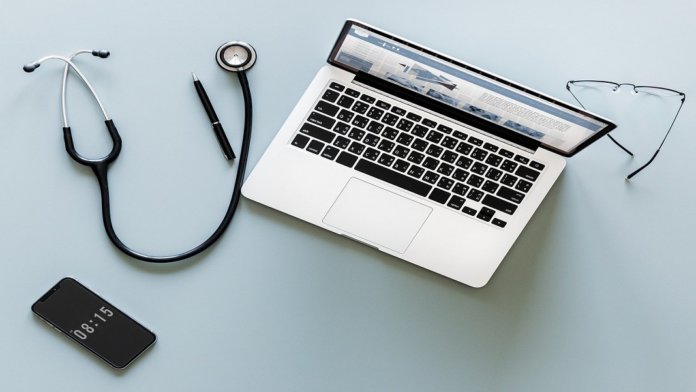 Labor unions have been around since the mid-19th century, and they’ve helped many a teacher, government employee, electrical worker, and others gain fairer pay or better working conditions. Unions give workers a chance to dictate their own terms and present a united front, ideally leaving everyone better off (though parents whose kids can’t go to school for days at a time due to teacher’s strikes might disagree).

But one profession that unionization has eluded is medicine. Dr. Eric Topol is the co-host of popular podcast Medicine and the Machine, editor in chief of medical news and education website Medscape, and founder of the Scripps Research Translational Institute. In his opinion, the lack of a functioning union for doctors has detracted both from the satisfaction physicians get from their jobs, and the quality of care their patients receive.

“There frankly hasn’t been a voice for physicians, because the largest organization, the American Medical Association, barely has over 200,000 of the million-doctor workforce in the US,” Topol said. Associations for sub-specialties, he added, are “balkanized,” and are focused on the business aspects of medicine rather than on patient care.

But there’s hope. In a conversation with author, physician, and Stanford medicine professor Abraham Verghese at Singularity University’s Exponential Medicine conference last week, Topol discussed how technology could change modern medicine for the better, including the potential of artificial intelligence to help doctors get back to what they should really be doing: caring for patients.

The Doctor Will See You Now, Real Quick

Think back to your last doctor’s visit. You most likely sat in a waiting room for a while, then when your name was finally called, a nurse or administrative employee took you into the exam room and ran through several questions with you, maybe taking your blood pressure or weight. Then he or she left, and you sat in the exam room by yourself, staring at the faded anatomy posters tacked on the walls and thinking, ‘no way, is that really what the inside of my [insert body part] looks like?’

Just when you’re starting to think that maybe they forgot about you and you should go find someone, the doctor breezes in. He or she greets you, asks you a few compulsory questions, then does a hurried exam, all in all spending less than ten minutes in the room with you. You have more questions, but can sense that the doctor doesn’t have time to sit down and answer them thoroughly and thoughtfully, so you figure you’ll just google them when you get home.

Meanwhile, the doctor retreats back to a corner office to update your file in the electronic medical records system—which takes as much time as he or she spent with you or more—then hurries off to speed through the next patient’s exam before the schedule starts getting backed up.

“Doctors are spending an hour on the computer for every hour we spend with patients,” Verghese said. “Electronic medical records have been the source of more distress than any other invention that’s happened in modern medicine. It’s like physicians have been demoted to data clerks.”

Both patients and physicians dislike not being present with each other. “If the connection isn’t ideal then everything can fall apart, from compliance to even hearing what’s being said,” Verghese added. “The effects are huge.”

If doctors aren’t happy, why aren’t they doing something about it? This goes back to the lack of a union, and to the fact that medicine has become a profit-driven business.

“Part of the problem is a loss of autonomy,” Verghese said. “We haven’t been able to dictate our work style, rather it’s been dictated for us.”

Machines to the Rescue?

So how can technology help? It’s easy to fall into the ‘robots will take away our jobs’ trap here, especially with new papers coming out almost every week about AI systems that can diagnose illnesses and speed through image interpretation at a faster rate than any human doctor ever could.

But this is exactly where tech’s value lies. “We don’t believe that medicine and AI are at all competitive,” Topol said. “That’s why it’s medicine and the machine. We need all the aspects of humanism in medicine, but we’d also like to get help.”

That help is fast approaching. Software will ideally be able to not only take over repetitive tasks, but carry them out with far greater speed and accuracy. Deep learning is already being used to interpret radiology and pathology slides, electrocardiograms, and ultrasounds, as well as identify skin lesions and analyze colonoscopies; one recent paper details a deep learning system that uses machine vision to detect whether or not someone’s colon has cancerous regions in real time, with 93 to 99 percent accuracy.

“We are facing the greatest opportunity in healthcare and medicine in many generations, which is the gift of time, afforded by being able to rely much more on machines to process data,” Topol said. But if physicians don’t band together to support the changes they want, the extra time they get from implementing tech solutions will end up being used by healthcare administrators to increase throughput and make doctors’ day-to-day jobs even more stressful and less human-centered.

Topol’s words—and the article he published in the New Yorker in August—are already leading to action. Osler’s Alliance is a new non-profit coalition for doctors that aims to protect the doctor-patient relationship, focusing on the impact doctors can make in the present and uniting them to steer their profession in the right direction for the future. The organization hopes to garner a far higher membership rate among physicians than any existing association.

“The greatest gift that AI can give us is to go back to the future, to get us to the humanity in medicine, which is presence,” Topol said. “Which is a physical exam. Listening. Building trust. Communication with deep empathy. If we don’t seize this opportunity, if we just focus on what AI can do with respect to technical aspects, we’re missing out.”