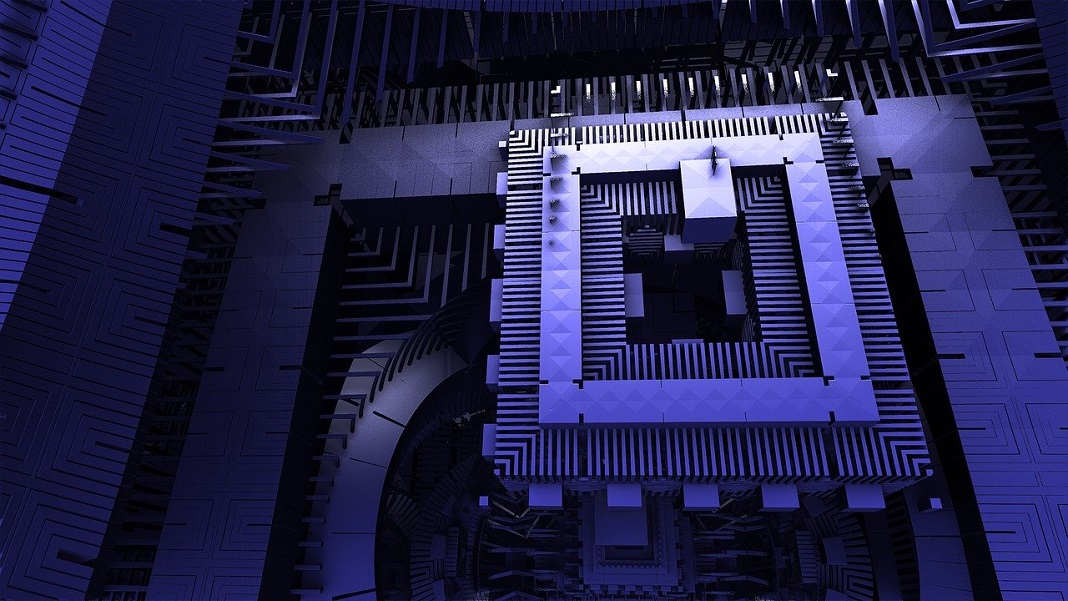 When people say quantum computing is “hot” right now they are most definitely talking metaphorically; today’s leading devices have to operate at close to absolute zero. Now two research groups have demonstrated technology that runs 15 times hotter, which could be a big step towards making the devices affordable and practical.

The reason quantum computers have to be run at such low temperatures is that the quantum states they rely on are incredibly fragile, and the slightest disturbance can cause the information encoded in them to be lost. To prevent this these devices are chilled to near absolute zero, where vibrations and thermal fluctuation are almost non existent.

But reaching these temperature requires incredibly powerful refrigeration technology, and it can easily cost millions of dollars to keep even today’s experimental devices at operating temperatures.

Now though, two separate groups have demonstrated that they can operate silicon-based quantum chips at 1.5 Kelvin (-456.97 Fahrenheit). That might still seem pretty cold, but it’s 15 times higher than where today’s leading technology operates, and can be achieved using just a few thousand dollars’ worth of refrigeration.

“While difficult to appreciate using our everyday concepts of temperature, this increase is extreme in the quantum world,” Andrew Dzurak from the The University of New South Wales, who lead one of the demonstrations, said in a press release.

“Our new results open a path from experimental devices to affordable quantum computers for real-world business and government applications.”

Both this demonstration and a second led by Menno Veldhorst (who used to be a post-doctoral researcher in Dzurak’s group) at the QuTech research center in the Netherlands were published in Nature last week.

Both relied on qubits—the quantum equivalents of bits—made from silicon, which are significantly less well-developed than the superconducting qubits favored by IBM and Google. But they hold the promise of being manufactured using existing chip fabrication facilities, which could make it much easier to scale the technology. Researchers from chipmaker Intel were co-authors on the Qutech paper.

At present, integrating qubits and the electronics required to control them is tough because they’re generally made from exotic superconducting circuits, and standard chips can’t operate at such low temperatures. That means each qubit has to be connected by a wire to its control electronics outside the refrigeration system, which can quickly become impractical for large numbers of qubits. By building qubits out of standard silicon and increasing the temperature they operate at it should be much easier to integrate the two.

“We can now start thinking about integrating quantum hardware and classic hardware onto one single chip,” Veldhorst said in a press release. “In doing so, we will create the quantum integrated circuit.”

A report in IEEE Spectrum notes that Intel has simultaneously been making progress in getting conventional electronics to operate at much lower temperatures after unveiling its Horse Ridge cryogenic chip at the end of last year.

Silicon-based quantum computers still have a long way to go, though. While in theory it should be easier to wire together lots of silicon qubits on a single chip, both the demonstrations involved just two qubits, which is well short of the 72-qubit device that Google has built or IBM’s 53-qubit machine.

Operating at higher temperatures introduces challenges for measuring the quantum states of the qubits, and the coherence times—the amount of time the qubits hold their quantum state—in both experiments were just a few microseconds rather than close to 100 for more established technologies.

But if the technology can play catch-up, its ability to scale and operate at higher temperatures means it could quickly eclipse the competition and usher in an era of affordable and accessible quantum computing.