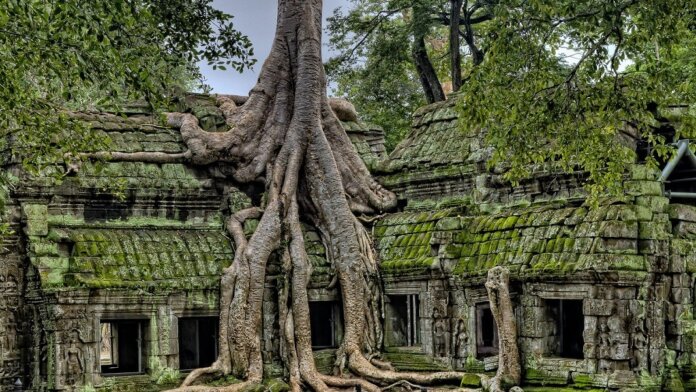 Archaeologists have uncovered scores of long-abandoned settlements along coastal Madagascar that reveal environmental connections to modern-day communities. They have detected the nearly indiscernible bumps of earthen mounds left behind by prehistoric North American cultures. Still other researchers have mapped Bronze Age river systems in the Indus Valley, one of the cradles of civilization.

All of these recent discoveries are examples of landscape archaeology. They’re also examples of how artificial intelligence is helping scientists hunt for new archaeological digs on a scale and at a pace unimaginable even a decade ago.

“AI in archaeology has been increasing substantially over the past few years,” said Dylan Davis, a PhD candidate in the Department of Anthropology at Penn State University. “One of the major uses of AI in archaeology is for the detection of new archaeological sites.”

The near-ubiquitous availability of satellite data and other types of aerial imagery for many parts of the world has been both a boon and a bane to archaeologists. They can cover far more ground, but the job of manually mowing their way across digitized landscapes is still time-consuming and laborious. Machine learning algorithms offer a way to parse through complex data far more quickly.

Davis developed an automated algorithm for identifying large earthen and shell mounds built by native populations long before Europeans arrived with far-off visions of skyscrapers and superhighways in their eyes. The sites still hidden in places like the South Carolina wilderness contain a wealth of information about how people lived, even what they ate, and the ways they interacted with the local environment and other cultures.

In this particular case, the imagery comes from LiDAR, which uses light pulses that can penetrate tree canopies to map forest floors. The team taught the computer the shape, size, and texture characteristics of the mounds so it could identify potential sites from the digital 3D datasets that it analyzed.

“The process resulted in several thousand possible features that my colleagues and I checked by hand,” Davis told Singularity Hub. “While not entirely automated, this saved the equivalent of years of manual labor that would have been required for analyzing the whole LiDAR image by hand.”

In Madagascar—where Davis is studying human settlement history across the world’s fourth largest island over a timescale of millennia—he developed a predictive algorithm to help locate archaeological sites using freely available satellite imagery. His team was able to survey and identify more than 70 new archaeological sites—and potentially hundreds more—across an area of more than 1,000 square kilometers during the course of about a year.

Machines Learning From the Past Prepare Us for the Future

One impetus behind the rapid identification of archaeological sites is that many are under threat from climate change, such as coastal erosion from sea level rise, or other human impacts. Meanwhile, traditional archaeological approaches are expensive and laborious—serious handicaps in a race against time.

“It is imperative to record as many archaeological sites as we can in a short period of time. That is why AI and machine learning are useful for my research,” Davis said.

Studying the rise and fall of past civilizations can also teach modern humans a thing or two about how to grapple with these current challenges.

Researchers at the Institut Català d’Arqueologia Clàssica (ICAC) turned to machine-learning algorithms to reconstruct more than 20,000 kilometers of paleo-rivers along the Indus Valley civilization of what is now part of modern Pakistan and India. Such AI-powered mapping techniques wouldn’t be possible using satellite images alone.

That effort helped locate many previously unknown archaeological sites and unlocked new insights into those Bronze Age cultures. However, the analytics can also assist governments with important water resource management today, according to Hèctor A. Orengo Romeu, co-director of the Landscape Archaeology Research Group at ICAC.

“Our analyses can contribute to the forecasts of the evolution of aquifers in the area and provide valuable information on aspects such as the variability of agricultural productivity or the influence of climate change on the expansion of the Thar desert, in addition to providing cultural management tools to the government,” he said.

While landscape archaeology is one major application of AI in archaeology, it’s far from the only one. In 2000, only about a half-dozen scientific papers referred to the use of AI, according to the Web of Science, reputedly the world’s largest global citation database. Last year, more than 65 papers were published concerning the use of machine intelligence technologies in archaeology, with a significant uptick beginning in 2015.

AI methods, for instance, are being used to understand the chemical makeup of artifacts like pottery and ceramics, according to Davis. “This can help identify where these materials were made and how far they were transported. It can also help us to understand the extent of past trading networks.”

Linguistic anthropologists have also used machine intelligence methods to trace the evolution of different languages, Davis said. “Using AI, we can learn when and where languages emerged around the world.”

In other cases, AI has helped reconstruct or decipher ancient texts. Last year, researchers at Google’s DeepMind used a deep neural network called PYTHIA to recreate missing inscriptions in ancient Greek from damaged surfaces of objects made of stone or ceramics.

Named after the Oracle at Delphi, PYTHIA “takes a sequence of damaged text as input, and is trained to predict character sequences comprising hypothesised restorations of ancient Greek inscriptions,” the researchers reported.

In a similar fashion, Chinese scientists applied a convolutional neural network (CNN) to untangle another ancient tongue once found on turtle shells and ox bones. The CNN managed to classify oracle bone morphology in order to piece together fragments of these divination objects, some with inscriptions that represent the earliest evidence of China’s recorded history.

“Differentiating the materials of oracle bones is one of the most basic steps for oracle bone morphology—we need to first make sure we don’t assemble pieces of ox bones with tortoise shells,” lead author of the study, associate professor Shanxiong Chen at China’s Southwest University, told Synced, an online tech publication in China.

AI Helps Archaeologists Get the Scoop…

And then there are applications of AI in archaeology that are simply … interesting. Just last month, researchers published a paper about a machine learning method trained to differentiate between human and canine paleofeces.

The algorithm, dubbed CoproID, compares the gut microbiome DNA found in the ancient material with DNA found in modern feces, enabling it to get the scoop on the origin of the poop.

Also known as coprolites, paleo-feces from humans and dogs are often found in the same archaeological sites. Scientists need to know which is which if they’re trying to understand something like past diets or disease.

“CoproID is the first line of identification in coprolite analysis to confirm that what we’re looking for is actually human, or a dog if we’re interested in dogs,” Maxime Borry, a bioinformatics PhD student at the Max Planck Institute for the Science of Human History, told Vice.

…But Machine Intelligence Is Just Another Tool

There is obviously quite a bit of work that can be automated through AI. But there’s no reason for archaeologists to hit the unemployment line any time soon. There are also plenty of instances where machines can’t yet match humans in identifying objects or patterns. At other times, it’s just faster doing the analysis yourself, Davis noted.

“For ‘big data’ tasks like detecting archaeological materials over a continental scale, AI is useful,” he said. “But for some tasks, it is sometimes more time-consuming to train an entire computer algorithm to complete a task that you can do on your own in an hour.”

Still, there’s no telling what the future will hold for studying the past using artificial intelligence.

“We have already started to see real improvements in the accuracy and reliability of these approaches, but there is a lot more to do,” Davis said. “Hopefully, we start to see these methods being directly applied to a variety of interesting questions around the world, as these methods can produce datasets that would have been impossible a few decades ago.”