To Find a Coronavirus Vaccine Faster, Should We Deliberately Infect Thousands of People? 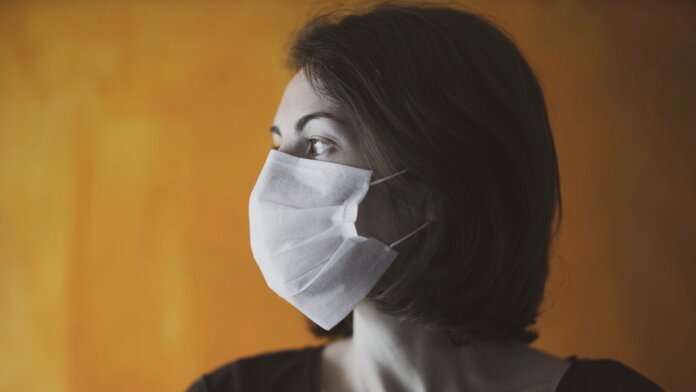 “First, do no harm” is a core principle for all physicians. Yet with the new coronavirus wreaking havoc across the globe, the medical community is now asking: What if “first, do harm” is the right path forward?

On the surface, it seems preposterous that we would deliberately infect healthy volunteers with Covid-19, a potentially life-threatening illness with no cure. However, the hope is that these trials could speed up vaccine development and save millions. Indeed, the use of “human challenge trials”  isn’t a new concept. It’s been discussed at all levels of healthcare—up to the World Health Organization—for years as a last-ditch effort to speed vaccine development.

The basic idea is to skip the animal safety and efficacy studies that normally precede human ones, and directly infect and then jab volunteers with theoretically promising vaccine formulations. Forget guinea pigs; in human challenge trials, we’re the guinea pigs.

It’s a proposal that would normally make Hippocrates roll in his grave and bioethicists balk in horror. Yet desperate times tend to spur radical ideas and relax normal regulations.

In March, a group from Rutgers University argued that with proper precautions and careful study design, a human challenge trial could be safely and ethically conducted for Covid-19. As of late April, a grass-roots effort called 1DaySooner has attracted nearly 15,000 potential volunteers willing to be infected with the virus to aid vaccine development. Even part of the US Congress seems to be on board, with 35 members of the House of Representatives writing to the FDA and the Department of Health and Human Services, arguing for support.

As momentum for the effort builds, last week, Science published a policy forum paper from scientists at Northwestern University that examines the history of human challenge trials—and yes, there’ve been successes—and what serious ethical and practical considerations need to be taken into account before adopting the nuclear option for Covid-19 vaccine development.

“High social value is fundamental to justifying these studies,” the authors concluded in an unusually pithy tag line. The key milestones that have to be met before running any human infection studies, they elaborated, are developing a challenge strain of the virus, drafting ethical procedures, and engaging all involved to minimize risk and maximize trust and value.

The Case for Human Challenge Trials

Putting ethical concerns aside for a minute, why would anyone be comfortable with human experimentation?

For one, when done correctly, such trials massively speed up vaccine development. And as of now, most scientists agree that vaccines may be the only way to end the Covid-19 pandemic.

Normally, vaccines have to show promise in a series of animal studies before they’re tested in a small number of humans for safety—whether they work isn’t usually studied at this stage. A second phase then matches naturally infected patients with healthy ones to test for efficacy—that is, does the vaccine or drug actually prevent or treat a disease? Finally, the third phase expands the number of participants to catch potentially serious but rare side effects and further confirm efficacy. This step generally takes longest because it’s conducted on thousands or even tens of thousands of people, with some getting a vaccine and others receiving placebos or even a competing vaccine. This phase also has to wait for enough of the study population to naturally catch the virus such that the results are statistically significant. This, of course, takes time too.

Here, a small number of human volunteers are deliberately exposed to a virus, bacteria, or other pathogen. Some receive a vaccine or drug candidate; others don’t. This extremely controlled setting strips away variables—all the random unpredictable stuff that happens in real life—that could confound the data. In just a few weeks, scientists could see whether a vaccine candidate lowers infection rates or severity in volunteers given the new coronavirus.

With nearly 120 vaccines in the running for SARS-CoV-2 , the virus that causes Covid-19, and limited resources, human challenge trials seem to be the perfect way to quickly rule out ineffective vaccine candidates and channel resources toward the most promising ones.

Even if they shave off a few months of vaccine development, the authors write, SARS-CoV-2 human challenge trials could help us control the pandemic faster, saving lives and reducing the costs of physical distancing. In short, there could be “high social value” if successful.

The Case Against Infecting People With a Deadly Virus

You might still think the idea’s totally crazy. The atrocities of Nazi-era human experimentation aren’t far from bioethicists’ minds. Yet challenge trials have yielded positive results when carefully and ethically conducted in more modern times.

“We do human-challenge studies for less deadly diseases quite frequently. For example, for influenza, typhoid, cholera, and malaria,” said Dr. Nir Eyal, director of the Center for Population-Level Bioethics at Rutgers University, who published a provocative paper that propelled the whole discussion into the limelight. According to the new Science paper, at least two successful vaccines were developed from human challenge trials, and many similar studies have had a safe and successful track record in clinical efforts and public health.

Patient privacy, safety, and comprehensive informed consent aside, there’s also worry that authoritarian governments may adopt the idea in unethical ways to win the Covid-19 vaccine race. But to Eyal, that worry’s also a non-starter. In today’s research climate there’s little chance that vaccine manufacturers would knowingly produce a formulation developed without proper consent and oversight, he said. The blowback would be immense.

Perhaps the strongest argument against a challenge trial is actually something incredibly mundane—timing. Human challenge trials, like any other clinical studies, require intensive debates and detailed protocols to run properly, a process that could take up to 18 months. In most optimistic estimates, we may already have a workable Covid-19 vaccine by then, rendering the whole discussion moot. If a vaccine is already in Phase 3 large population testing, human challenge trials may still be able to sidestep or shorten the time-consuming process, but whether it can actually speed up vaccine development—its raison d’être—becomes a coin toss.

Which side you end up on in the human challenge debate might ultimately depend on two main questions. Given informed consent, is it safe? In terms of ethics, how does it compare to normal vaccine development trials?

Regarding safety, Eyal and others argue that selecting younger volunteers, between the ages of 20 to 45 and otherwise healthy, could dramatically reduce the risk. Of course, young people can also get very sick. But by examining them daily or even more frequently, the volunteers will receive some of the best healthcare available during the trial, further reducing their risk.

As for ethics, to Dr. Stanley Plotkin, a strong expert voice in vaccine development at the University of Pennsylvania, challenge trials present ethical quandaries, but so do vaccine trials.

In Phase 3, for example, only half of volunteers are actually given the vaccine. If it works, it means that the other half—given a placebo—would have needlessly suffered through terrible symptoms and potentially had many more deaths than a vaccine challenge trial. An even worse scenario is if scientists sidestep recruiting the necessary number of patients in clinical trials to satisfy the immense public pressure to produce a vaccine. A hastily deployed product could fail to combat Covid-19 or trigger severe or even deadlier side effects. It’s not pure conjecture—vaccines developed for the original 2003 SARS virus initially made animals in early trials sicker.

In the end, the authors argue, achieving social value is the main criteria for human challenge trials. They’re a potentially faster, but still-difficult road to travel.

The authors say the decision is made considerably harder by the blazing pace of Covid-19 research and the many other potentially life-saving solutions in the works. Compared to a single drug trial, human challenge trials require far wider coordination to increase transparency and establish standards and guidelines to ensure the health and safety of brave volunteers. What should the consent process be like? Should they get paid? If so, how much? With hospitals already overwhelmed in Covid-19 hotspots, where should the trials occur to reduce stress to overworked medical staff?

None of these crucial questions yet have an answer. But to the authors, pursuing human challenge trials, in light of a massive global health crisis and economic collapse, is warranted. “Given the extraordinary nature of the pandemic, our framework and analysis support laying the groundwork for SARSCoV-2 CHIs [Controlled Human Infection Studies],” they concluded.