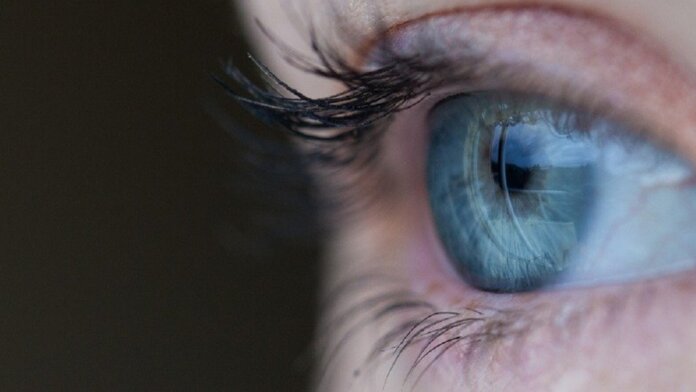 A bionic eye could restore sight to the blind and greatly improve robotic vision, but current visual sensors are a long way from the impressive attributes of nature’s design. Now researchers have found a way to mimic its structure and create an artificial eye that reproduces many of its capabilities.

A key part of what makes the eye’s design so powerful is its shape, but this is also one of the hardest things to mimic. The concave shape of the retina—the photoreceptor-laden layer of tissue at the back of the eye—makes it possible to pick up much more light as it passes through the curved lens than it would pick up if it was flat. But replicating this curved sensor array has proven difficult.

Most previous approaches have relied on fabricating photosensors on flat surfaces before folding them or transplanting them onto curved ones. The problem with this approach is that it limits the density of photosensors, and therefore the resolution of the bionic eye, because space needs to be left between sensors to allow the transformation from flat to curved.

In a paper published last week in Nature, though, researchers from Hong Kong University of Science and Technology devised a way to build photosensors directly into a hemispherical artificial retina. This enabled them to create a device that can mimic the wide field of view, responsiveness, and resolution of the human eye.

“The structural mimicry of Gu and colleagues’ artificial eye is certainly impressive, but what makes it truly stand out from previously reported devices is that many of its sensory capabilities compare favorably with those of its natural counterpart,” writes Hongrui Jiang, an engineer at the University of Wisconsin Madison, in a perspective in Nature.

Key to the breakthrough was an ingenious way of implanting photosensors into a dome-shaped artificial retina. The team created a hemisphere of aluminum oxide peppered with densely-packed nanoscale pores. They then used vapor deposition to grow nanowires inside these pores made from perovskite, a type of photosensitive compound used in solar cells.

These nanowires act as the artificial equivalent of photoreceptors. When light passes over them, they transmit electrical signals that are picked up by liquid metal wires attached to the back of the retina. The researchers created another hemisphere made out of aluminum with a lens in the center to act as the front of the eye, and filled the space in between it and the retina with an ionic liquid designed to mimic the fluid aqueous humor that makes up the bulk of the human eye.

The researchers then hooked up the bionic eye to a computer and demonstrated that it could recognize a series of letters. While the artificial eye couldn’t quite achieve the 130-degree field of view of a human eye, it managed 100 degrees, which is a considerable improvement over the roughly 70 degrees a flat sensor can achieve.

In other areas, though, the approach has the potential to improve on biological eyes. The researchers discovered that the nanowires’ photodetectors were actually considerably more responsive. They were activated in as little as 19.2 milliseconds and recovered to a point where they could be activated again in 23.9 milliseconds. Response and recovery times in human photoreceptors range from 40 to 150 milliseconds.

The density of nanowires in the artificial retina is also more than 10 times that of photoreceptors in the human eye, suggesting that the technology could ultimately achieve far higher resolution than nature.

The big limitation at the moment is wiring up these photosensors. The liquid metal connections are currently two orders of magnitude wider than the nanowires, so each one connects to many photosensors, and it’s only possible to attach 100 wires to the back of the retina. That means that despite the density of photosensors, the eye has a resolution of only 100 pixels.

The researchers did devise a way to use magnetic fields to connect nickel microneedles to just three nanowires at a time, but the process is a complicated manual one that would be impossible to scale up to the millions of nanowires present in the artificial retina. Still, the device represents a promising proof-of-concept that suggests that we may soon be able to replicate and even better one of nature’s most exquisite designs.

“Given these advances, it seems feasible that we might witness the wide use of artificial and bionic eyes in daily life within the next decade,” writes Jiang.