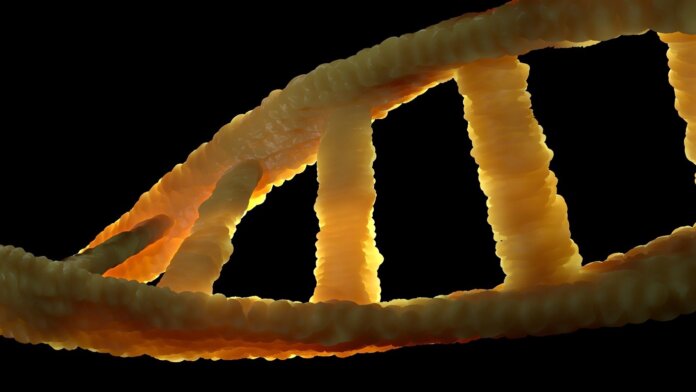 Roughly 15 years ago, in a seeming prank, a pair of smiley faces graced the cover of Nature, one of the world’s preeminent science journals. Flash forward to today, and those smiley faces may be key to saving us from the Covid-19 pandemic—or other viral foes lurking in our future.

The smiley faces were an early example of DNA origami, a method of folding DNA—the biological hardware on which life’s code is written—into biomolecular machines. These nanostructures can do more than just create famous images under the microscope. When folded into 3D shapes resembling natural viruses, they become the perfect Trojan horses to safely train our immune system to make antibodies that can attack the real thing.

That is, DNA origami may help us make a new generation of highly efficient designer vaccines.

This month, in a paper published in Nature Nanotechnology, a team led by MIT’s Dr. Darrell Irvine and Dr. Mark Bathe described how they systematically built virus-like DNA structures to probe the laws of vaccine design. By coating DNA origami nanoparticles with proteins that normally dot the surface of HIV viruses, the team teased out how viral proteins—dubbed “antigens”—should be arranged to better stimulate an immune response, and thus, make a stronger vaccine.

It’s like working out where to place blueberries on a muffin to get the best taste. But in this case the “muffin” is a 3D, 20-face die made of synthetic DNA, and the blueberries are protruding strands tipped with viral antigens (the things that trigger the immune system).

Although their initial focus was on HIV, the team is rapidly pivoting to SARS-CoV-2, the virus that causes Covid-19.

“DNA origami has offered crucial insight,” the team said. “The rough design rules that are starting to come out of this work should be generically applicable across disease antigens and diseases,” added Irvine.

On one hand, it’s massively important as the blueprint of life. On the other, it’s a sturdy, boring molecule that isn’t electrically, chemically, or optically active. Sure, it’s great for long-term, compact data storage. But everything else? Seemingly inept.

At least, that was the general consensus, until Dr. Nadrian Seeman came along. A chemistry professor at New York University, Seeman realized in the 1980s that he could tap DNA’s ability to self-assemble into precise and repeatable nanostructures. All he needed was a long, two-dimensional chain—natural or synthetic—and the chain should fold itself automatically, similar to how it folds into the double helix inside our bodies.

That spark of insight ignited the field of DNA origami. Named after the traditional Japanese art of folding paper, origami “invokes the idea of starting with a simple object—a square of paper pregnant with possibilities—that we can fold into any shape we want,” said Dr. Paul Rothemund at Caltech, who uses the technology for nanoscale electronics and photonics.

Since Seeman’s revolutionary idea, scientists have learned to build DNA nanomachines of a dazzling variety. Rather than manually folding DNA into complex shapes, scientists can put together planned sequences of molecules that trigger self-assembly into desired structures (like a smiley face or 20-sided die). These “living” structures can hunt down and capture proteins, so we understand how they work. They can also deliver drugs or act as a biological “circuit board” on which biomolecules perform traditional computations.

Yet of all these possibilities, one has gained special prominence: Folded DNA nanoparticles that mimic viral cores in size and shape. These cores can then be dotted with any antigen to trigger an immune response.

That is, the code of life can now be disguised as a full-fledged viral enemy to train the protein descendants of that code. Whoa.

Viruses are deadly, but biologically simple. Generally, they have just two main components: one, their genetic code—strands of either DNA or RNA—and two, a layer of outer proteins that help the virus invade cells to replicate. Picture a pin cushion, only replace the pins with antigen proteins, and you’re pretty much there.

How viruses interact with our immune system, however, is far more complicated. Generally, the antigen “pins” catch the attention of a type of immune cell called a B cell, which triggers the production of antibodies. Released throughout the body, these antibodies neutralize the virus and protect the rest of us from infection. So, optimizing the interaction between the antigen “pins” and B cells is critical to making vaccines that actually work.

Here’s where DNA origami comes in.

Rather than using live viruses or ones that are less deadly, we can simulate viruses using DNA nanoparticles. Back in 2016, Bathe’s lab developed an algorithm to consistently build viral-like 3D shapes out of DNA. Even better, it’s possible to engineer attachment anchors onto these basic shapes, which makes it easy to play with different viral structures and see how those structural changes, in turn, alter our B cell response.

“The DNA structure is like a pegboard where the antigens can be attached at any position,” said Bathe. Other researchers have tried using proteins or polymers to mimic the viral core before, the team explained, but are limited in the variety of viral protein placements because of the material’s properties.

DNA origami, then, is a great way to understand what triggers a strong antibody attack.

As a proof-of-concept, the team first engineered DNA strands that self-folded into the shape of a 20-sided die, also called an icosahedron. D&D jokes aside, the shape and size of the nanoparticles perfectly mimicked the size of most viruses. Short floating attachment anchors sprouted from the dice, like an octopus’s arms, each chemically fused to an antigen protein.

By changing the location and density of the anchors on the DNA nanoparticle, the team could systematically test which antigen patterns best triggered B cells into antibody-spewing action.

The team first tagged gp120—a protein normally scattered across an HIV particle—to the nanoparticles’ anchors at various densities and distances. Thus, they made a variety of pseudo-HIV particles—some less potent, others a hell of a lot more. According to the authors, the traditional vaccine-making strategy is to pile as many of these gp120 proteins as possible onto a fake virus. After all, the more protein targets for the immune system, the better the antibody response, right?

Surprisingly, no. A few experiments showed that more isn’t always better. Packing antigens all over the DNA nanoparticle surface didn’t trigger the best response. Instead, when they widened the distance between the anchors the immune response actually went up.

This is likely because our immune B cells need some space to grab onto each viral antigen, the authors explained. If too tightly packed, the B cells simply can’t squeeze in.

Aggregating their results, the authors put forth a new model for optimal B cell activation—that is, the best types of fake viruses to stimulate an antibody response against HIV.

For example, a DNA origami particle needs at least five or more antigen proteins on its surface, but the antigens also need a bit of separation. And it’s beneficial to use rigid anchors, rather than floppy ones, to attach antigens to the nanoparticle.

The study used HIV as an example, but the system is ready to examine another foe—SARS-CoV-2.

“Our platform technology allows you to easily swap out different subunit antigens and peptides from different types of viruses to test whether they may potentially be functional as vaccines,” said Bathe.

As positive cases are again spiking in the south and southwest United States, the team is rapidly pivoting their DNA nanomachines to mimic the new coronavirus, in hopes of informing better vaccine design. DNA origami, like its namesake, is now living out one of its endless possibilities.