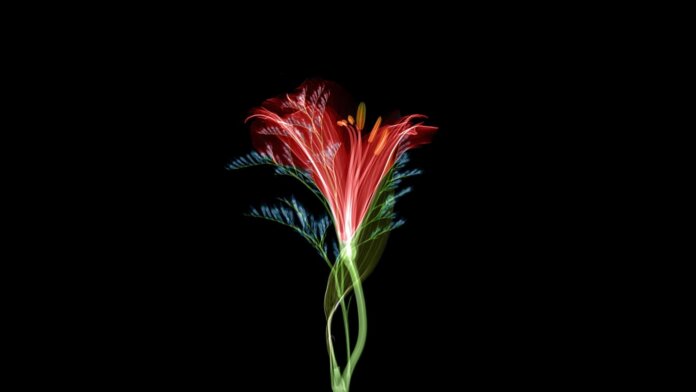 OpenAI’s Fiction Spewing AI Is Learning to Generate Images
Karen Hao | MIT Technology Review
“The results are startlingly impressive and demonstrate a new path for using unsupervised learning, which trains on unlabeled data, in the development of computer vision systems. …The fact that iGPT uses the same algorithm as GPT-2 also shows its promising adaptability. This is in line with OpenAI’s ultimate ambition to achieve more generalizable machine intelligence.”

Scientists Encode the Novel ‘Wonderful Wizard of Oz’ in DNA
Luke Dormehl | Digital Trends
“A few years ago, Harvard scientists successfully managed to encode a low-resolution GIF of a horse galloping into the DNA of an e.coli bacteria. Now, researchers have shown off the next level of DNA encoding: By storing the entire L. Frank Baum novel ‘The Wonderful Wizard of Oz’…in the form of DNA information.”

In Astounding Test, Scientists Revive Damaged Lungs for Transplant
Gina Kolata | The New York Times
“[Researchers at Columbia and Vanderbilt] put each lung in a plastic box and attached it to a respirator so it could ‘breathe.’ Then they connected each lung to a large vein in the neck of a live pig, so that its blood flowed through the vessels. The results, reported on Monday in Nature Medicine, seem like pure science fiction: Within 24 hours, the lungs looked viable, and lab tests confirmed they had been resuscitated.”

How Afrofuturism Can Help the World Mend
C. Brandon Ogbunu | Wired
“…[W. E. B. DuBois’] ‘The Comet’ helped lay the foundation for a paradigm known as Afrofuturism. A century later, as a comet carrying disease and social unrest has upended the world, Afrofuturism may be more relevant than ever. Its vision can help guide us out of the rubble, and help us to consider universes of better alternatives.”

Google’s Secretive ATAP Lab Is Imagining the Future of Smart Devices
Harry McCracken | Fast Company
“To Kaufman and his ATAP colleagues, it was pretty clear where the puck was going. Some, he says, call it ambient computing; others either the fourth or fifth wave of computing. Whatever the name, they’re talking about the post-PC, post-smartphone world where devices of all kinds sport sensors and at least a modicum of their own intelligence, and cloud computing ties everything together.”

Celebrating the Life of Roboticist, Grant Imahara, ‘Mythbusters’ Cohost
Joanna Goodrich | IEEE Spectrum
“‘Grant was a pretty unique celebrity,’ Zorpette says. ‘He straddled the worlds of technology and entertainment in a way that few other people ever have. He had a degree, a career, and an actual record of accomplishment in electrical engineering before he became a TV star. He was also one of the most genuinely friendly and unassuming people I’ve ever met.'”

Predictive Policing Algorithms Are Racist. They Need to Be Dismantled.
Will Douglas Heaven | MIT Technology Review
“A number of studies have shown that these tools perpetuate systemic racism, and yet we still know very little about how they work, who is using them, and for what purpose. All of this needs to change before a proper reckoning can take pace. Luckily, the tide may be turning.

Will the Hydrogen Revolution Start in a Garbage Dump?
Daniel Oberhaus | Wired
“In partnership with the Japan Blue Energy Company, Kindler developed a system that can extract hydrogen from most kinds of trash, whether it’s sewage sludge or old tires. And last month, he announced that Ways2H had partnered with an engineering firm to build a first of its kind pilot waste-to-hydrogen facility in central California.”