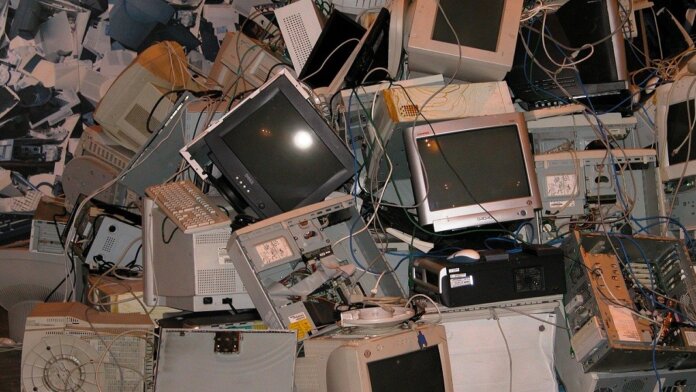 If you were to stack up all the electronic waste produced annually around the world it would weigh as much as all the commercial aircraft ever produced, or 5,000 Eiffel towers. This is a growing “tsunami” according to the UN, and it’s fed by all the phones, tablets and other electronic devices that are thrown away each day.

Of the 44.7 million metric tons of electronic waste (often shortened to “e-waste”) produced around the world in 2017, 90 percent was sent to landfill, incinerated, or illegally traded. Europe and the US accounted for almost half of this; the EU is predicted to produce 12 million tons in 2020 alone. If nothing is done to combat the problem, the world is expected to produce more than 120 million tons annually by 2050.

Rich countries in Europe and North America export much of their e-waste to developing countries in Africa and Asia. A lot of this ends up accumulating in landfills, where toxic metals leach out and enter groundwater and food chains, threatening human health and the environment.

As daunting as this problem seems, we’re working on a solution. Using a process called bioleaching, we’re extracting and recycling these metals from e-waste using non-toxic bacteria.

It might surprise you to learn that those toxic metals are actually very valuable. It’s a bitter irony that the e-waste mountains collecting in the world’s poorest places actually contain a fortune. Precious metals are found in your phone and computer, and each year $21 billion worth of gold and silver are used to manufacture new electronic devices. E-waste is thought to contain seven percent of the world’s gold, and could be used to manufacture new products if it could be recycled safely.

With an estimated worth of $62.5 billion a year, the economic benefits of recycling e-waste are clear. And it would help meet the shortfall for new natural resources that are needed to manufacture new products. Some of the elements on a printed circuit board, essentially the brain of a computer, are raw materials whose supply is at risk.

Other elements found in electronics are considered some of the periodic table’s most endangered. There is a serious threat that they will be depleted within the next century. With today’s trends of natural resource use, natural sources of indium will be depleted in about 10 years, platinum in 15 years and silver in 20 years.

But recovering these materials is more difficult than you might imagine.

Pyrometallurgy and hydrometallurgy are the current technologies used for extracting and recycling e-waste metals. They involve high temperatures and toxic chemicals, and so are extremely harmful to the environment. They require lots of energy and produce large volumes of toxic gas too, creating more pollution and leaving a large carbon footprint.

But bioleaching has existed as a solution to these problems as far back as the era of the Roman Empire. The modern mining industry has relied on it for decades, using microbes (mainly bacteria, but also some fungi) to extract metals from ores.

Microorganisms chemically modify the metal, setting it free from the surrounding rock and allowing it to dissolve in a microbial soup, from which the metal can be isolated and purified. Bioleaching requires very little energy and so has a small carbon footprint. No toxic chemicals are used either, making it environmentally friendly and safe.

Despite how useful it is, applying bioleaching to e-waste has mostly been an academic pursuit. But our research group is leading the first industrial effort. In a recent study, we reported how we managed to extract copper from discarded computer circuit boards using this method and recycle it into high-quality foil.

Different metals have different properties, so new methods must be constantly developed. Extracting metals by bioleaching, though pollution-free, is also slower than the traditional methods. Thankfully though, genetic engineering has already shown that we can improve how efficiently these microbes can be used in green recycling.

After our success recycling metals from discarded computers, scientists are trying other types of e-waste, including electric batteries. But developing better recycling techniques is only one piece of the puzzle. For a completely circular economy, recycling should start with manufacturers and producers. Designing devices that are more easily recycled and tackling the throw-away culture that treats the growing problem with indifference are both equally vital in slowing the oncoming tsunami. 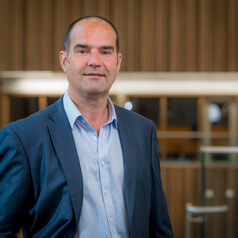 Sebastien Farnaudhttps://pureportal.coventry.ac.uk/en/persons/sebastien-farnaud
Sebastien Farnaud is Professor in the Center for Sport and Exercise and Life Sciences (CSELS), where he created the Bioleaching group. This is part of a focus on Bioremediation, the process that uses mainly microorganisms to detoxify the environments. Sebastien is leading an innovate-funded KTP Bioleaching project, in collaboration with N2S Ltd, https://n2s.co.uk/ for the recycling of precious metal from electronic waste. He arrived in the UK after graduating in France, as an Erasmus student in 1990, to pursue a PhD in Molecular Biology at King’s College London, at the Randall Centre for Cell & Molecular Biophysics. Over the last 20 years, Sebastien has developed his academic and research experience in several academic institutions, including Imperial College, University of Westminster and the University of Bedfordshire, but also in the third sector as Science Director in a medical research charity. In addition to his interest in Microbiological and Biotech applications, his research expertise also includes the biomedical aspects of iron metabolism, particularly in Parkinson Disease, and also the development of antimicrobial peptides. His strong interest in Enterprise & Innovation, which includes the directorship and creation of several companies, has led him to the position Enterprise and Innovation lead in the Faculty of LIfe Sciences at Coventry University for both research Centers CSELS and CIH.
RELATED