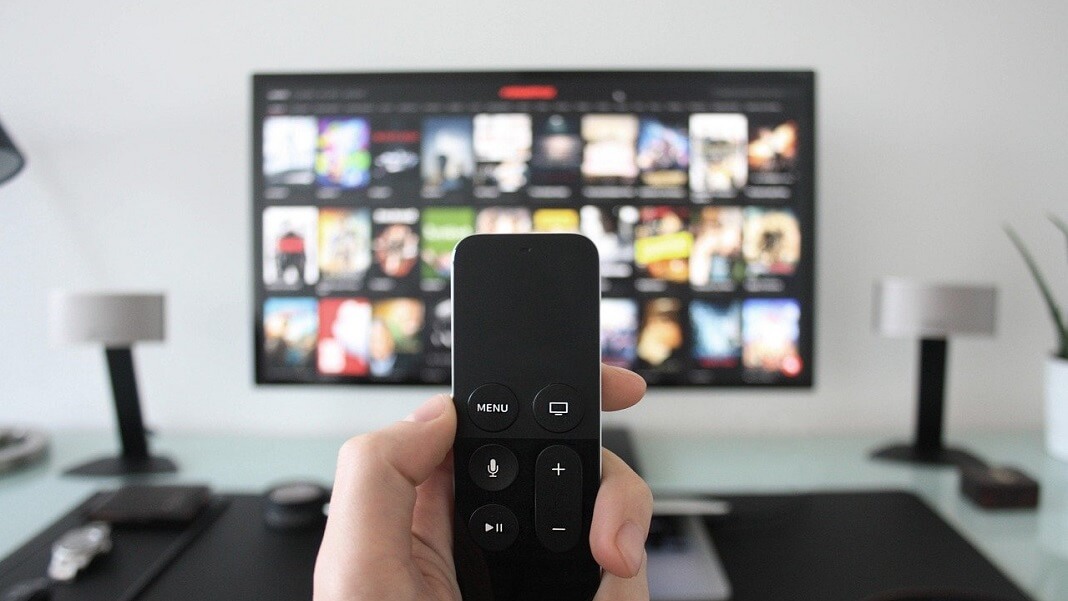 Glow-in-the-dark mice, gene-modded weed, and payment microchips in your hand? That’s the surprisingly realistic science backdrop of Biohackers, but that’s where it stays.

Expensive genetic engineering experiments that could previously only be carried out behind the walls of big institutions can now be done on a kitchen table with ingredients bought on eBay. Synthetic biology brought the alchemizing tools of life into the hands of everyone.

The show starts with a chilling scene on a train. It’s a flash-forward to the climax to get us wondering “how do we get here?”

A young woman wearing a necklace that says “Mia” is traveling with a friend when she witnesses a passenger gasping for air and falling unconscious. She’s the closest thing on the train to a doctor, and following cries for help, she rushes to save the woman with a defibrillator.

But then another woman collapses, and shortly after, everyone else has fallen unconscious—except her. In the aftermath of the scene shown later, people in hazmat suits surround her. “My name is Emma,” she whispers to them in a haze.

Wait, so her name isn’t Mia? In any case, forgiven is the name-necklace trope.

The creators of the series and Netflix decided to push back April’s release date to avoid stirring up fears about science with the disturbing first scene. Biohackers isn’t about a pandemic, though, and viewers have to keep track of a few open threads at once.

Mia Akerlund is a first-year medical student at the prestigious University of Freiburg. As she settles into her college flat, she dives into the quirky and diverse world of biohacking, while her tragic past and her secret connection to star professor Lorenz are slowly revealed through flashbacks.

Chen-Lu, the “introverted nerd,” is a DIY biologist who genetically modifies fungi and plants (to create a bio-piano, for instance), whereas comic relief character Ole pursues various bodyhacking self-experiments. For example, he drinks Bulletproof Coffee and uses an NFC microchip in his hand to pay in shops (I have one too, and the number of “cyborgs” is doubling faster than the cultures in a petri dish).

In a first lecture, gene therapy tycoon Dr. Tanja Lorenz gives us the gist about synthetic biology. She’s got the obligatory sharp-cut, bad-gal bob and frosty demeanor we’ve come to expect from the villainous egomaniac’s character, or in this case, the staple scientist with a God complex.

The show zooms a few micro-seconds into the future to explore moral and ethical dilemmas and ask how we should go forward with medical research to save lives. It’s worth noting that biohacking is illegal in Germany.

Mia gets to know Lorenz’s teaching assistant Jasper in the library, where she chases a bioluminescent mouse around dusty bookshelves. Conveniently, it’s Jasper’s escaped pet that he rescued from the lab. To break into Lorenz’s elusive inner circle, Mia cozies up to him, and Jasper’s flatmate Niklas, it turns out, is the guy from the train. And so the college love triangle, and the rest of the plot, are set in motion.

The narrative takes shape from there, leading up to a few nail-bitingly suspenseful moments with lab robots eerily moving in silence in the background as Mia attempts to take revenge from within (for reasons yet unbeknownst to us), pitting the strong female leads against each other.

The cut-throat Machiavellian culture of Lorenz’s secretive big-budget lab clashes with the free-spirited biohackers who are engineering mushrooms with new flavors to make livestock farming obsolete and “CRISPR together” in a camper van lab in the woods and at home. It’s a nicely captured contrast.

I wish I had the secret to the staggering amount of scientific knowledge freshman med student Mia possesses, because it’s sufficient to challenge a professor who has an entire building dedicated to her research—gleaming neon logo included.

Biohackers, true to its promise, manages to lightly touch upon a few related ethical and moral questions, like genetic modification of stem cells, access to advanced gene therapies, as well as privacy and consent surrounding genomic data. For instance, there’s a scene where a pushy Lorenz takes a mouth swab from Mia, who hasn’t exactly consented.

Indeed, this topic will likely become an ethical minefield in the coming years. On the one hand, we need large and diverse datasets to train medical AI and develop therapies. But on the other, there’s nothing as personal as your literal blueprint. Unlike stolen credit cards, you can’t change your genomic data. I like that Biohackers brings this up, although just in passing.

In addition, the show manages to get the science right and has taken input from synthetic biologists to capture a few key topics and cultural bits for a mainstream audience. Rather than CSI-style one-step procedures, the series shows experiments as multi-step scientific protocols that sometimes go wrong, which is refreshing (though performing genetic engineering experiments in minutes is not realistic, let alone for first-year students—but it’s fiction, after all).

However, don’t expect the show to offer deep scientific insights or riveting character arcs, because biohacking is only the backdrop of a revenge plot that feels somewhat rushed.

In conclusion, Biohackers is an entertaining, visually dazzling thriller representing various biohacking subcultures while delivering cohesive science and a less-cohesive plot. The genre-bender is well-cast and suspenseful, and the cliffhanger ending suggests there’s more to come.

The verdict? If you like gene editing and enjoy plot-driven, Crichton-esque science thrillers, stream it. But if you expect sci-fi and engaging characters, skip it.

Extra tips: If you do enjoy sci-fi, fellow German series Dark is available on Netflix, as is the documentary Unnatural Selection. I also recommend the Canadian science thriller show Regenesis (not on Netflix).

This article was originally published on www.thebiofuturist.io and has been republished with the author’s permission.