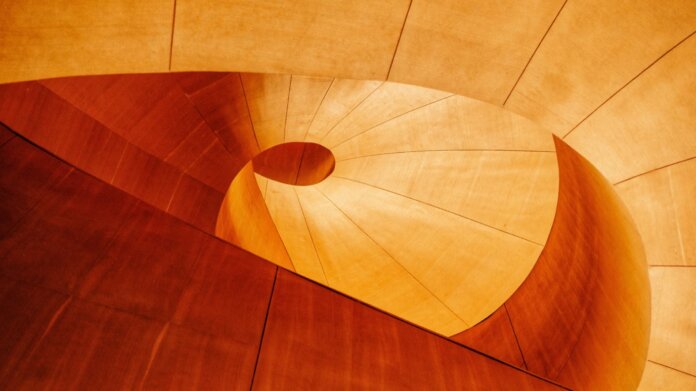 You’ve likely heard the buzz around lab-grown (or cultured) meat. We can now take a few cells from a live animal and grow those cells into a piece of meat. The process is kinder to animals, consumes fewer resources, and has less environmental impact.

MIT researchers will soon publish a paper describing a proof-of-concept for lab-grown plant tissues, like wood and fiber, using a similar approach. The research is early, but it’s a big vision. The idea is to grow instead of build some products made of biomaterials.

Consider your average wooden table. Over the years, a tree (or trees) converted sunlight, minerals, and water into leaves, wood, bark, and seeds. When it reached a certain size, the tree was logged and transported to a sawmill to be made into lumber. The lumber was then transported to a factory or wood shop where it was cut, shaped, and fastened together.

Now, imagine the whole process happening at the same time in the same location. That’s the futuristic idea at play here. Wood grown from only the cells you’re interested in (no seeds, leaves, bark, or roots) could be manipulated to produce desirable properties and grown directly into shapes (like a kitchen table). Fewer 18-wheelers and power tools.

No fuss, no muss.

And of course, once refined, the technique wouldn’t be confined to growing tables. Other products could be made from a variety of biomaterials. In theory, and at scale, the process would be more efficient, less wasteful, and save a few forests too.

That’s the vision. But first, researchers need to figure out if it’s even viable.

Lead author and MIT PhD student in mechanical engineering, Ashley Beckwith, said she was inspired by time spent on a farm. Viewed through the exacting lens of an engineer, Beckwith was struck by agriculture’s inefficiencies. The weather and seasons are beyond our control. We use land and resources to grow whole plants but only use bits and pieces of them for food or materials.

“That got me thinking: Can we be more strategic about what we’re getting out of our process? Can we get more yield for our inputs?” Beckwith said in an MIT release about the research. “I wanted to find a more efficient way to use land and resources so that we could let more arable areas remain wild, or to remain lower production but allow for greater biodiversity.”

To test the idea, the team took cells from the leaves of a zinnia plant and fed them in a liquid growth medium. After the cells grew and divided, the researchers placed them in a gel scaffold and bathed the cells in hormones. You may be wondering what cells from zinnias—which are a small flowering plant—have to do with wood. Turns out, their properties can be “tuned” like stem cells to express desired attributes. The hormones, auxin and cytokinin, induced the zinnia cells to produce lignin, a polymer that makes wood firm.

By adjusting their hormonal knobs, the team was able to dial in lignin production. Further, the gel scaffold, which is itself firm, coaxed the cells to grow into a particular shape.

“The idea is not only to tailor the properties of the material, but also to tailor the shape from conception,” said Luis Fernando Velásquez-García, a principal scientist in MIT’s Microsystems Technology Laboratories, coauthor on the paper, and Beckwith’s coadvisor.

Velásquez-García’s lab works with 3D printing technology, and he sees the new technique as a kind of additive manufacturing, where each cell is a printer and the gel scaffold directs their production. While it’s still early, the team believes their work proves plant cells can be manipulated to produce a biomaterial with properties suitable for a specified use. But of course, much more work is required to take the idea beyond proof-of-concept.

The researchers say they need to figure out if what they’ve learned can be adapted to other cell types. The hormonal knobs and dials may differ species to species. Also, scaling up requires solving problems like maintaining healthy gas-exchange between cells. Pending more research, whether the idea makes a strong case compared to traditional methods outside of the lab is, of course, also an open question. But this isn’t unusual.

Early research answers the basic question: Is this idea worth pursuing further? It often, necessarily, leaves key questions unanswered, such as cost and scalability. Early experiments in lab-grown meat, for example, were incredibly costly and lacked key properties. The first lab-grown burger famously cost a few hundred thousand dollars but lacked the fatty (tasty) bits of a traditional ground-beef burger.

It wasn’t ready for prime time in terms of cost or quality, but in the years since, investment and interest have grown and costs declined. Now it’s not so laughable to imagine lab-grown meat in your local grocery or restaurant. Just last year, Singapore became the first country to approve lab-grown meat for commercial consumption.

Whether or not this particular vision gathers steam, seeing cells as miniature factories isn’t new. Increasingly, the worlds of bioengineering and manufacturing are colliding. Engineered cells are already being put to work in industrial settings, and last fall, a Japanese clothing brand offered a limited edition (and extremely pricey) sweater made of 30% fiber produced by gene-hacked bacteria grown in a bioreactor.

Down the road, it’s possible we’ll not only build furniture—but grow it too.