Scientists Made a Biohybrid Nose Using Cells From Mosquitoes 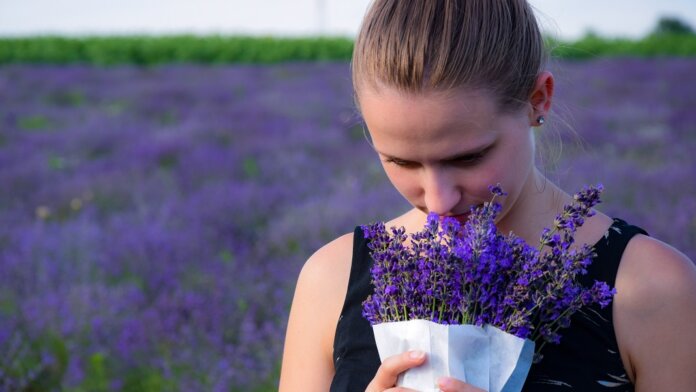 Thanks to biological parts of a mosquito’s “nose,” we’re finally closer to Smell-O-Vision for computers. And a way to diagnose early cancer.

With the recent explosion in computing hardware prowess and AI, we’ve been able to somewhat adequately duplicate our core senses with machines. Computer vision and bioengineered retinas tag-teamed to bolster artificial vision. Smart prosthetics seamlessly simulate touch, pain, pressure, and other skin sensations. Hearing devices are ever more capable of isolating specific sounds from a muddy cacophony of noises.

Yet what’s been missing is the sense of smell. Although humans are hardly smelling maestros in the animal kingdom, we can nevertheless detect roughly one trillion odors, often with only a single scent molecule drifting into our noses. Despite their best efforts, translating this prowess into a digital, artificial computer “nose” has eluded scientists. One major problem is reverse-engineering the sensitivity of our biological smelling mechanics—otherwise known as our olfactory system.

“Odors, airborne chemical signatures, can carry useful information about environments … However, this information is not harnessed well due to a lack of sensors with sufficient sensitivity and selectivity,” said Dr. Shoji Takeuchi from the Biohybrid Systems Laboratory at the University of Tokyo.

But here’s the thing: evolution already came up with a solution. Rather than rebuild olfaction from scratch, why not just use what’s available?

In a new paper published in Science Advances, Takeuchi and colleagues did just that. They tapped the odor-sensing components of a Yellow Fever mosquito (yikes), and rebuilt the entire construct with synthetic biology. Using a parallel chip design, they then carefully placed these biological components as an array onto a chip and monitored the setup with a computer.

By infusing odor chemicals into tiny liquid droplets—think essential oils mixing with liquid in a humidifier—the chip could detect odors with unprecedented sensitivity. Because each biological odor-sensing component is tailored to their favorite chemical, it’s possible in theory to use a single 16-channel chip to detect over a quadrillion mixes of odors.

“These biohybrid sensors…are highly sensitive,” said Takeuchi. With AI, he added, the biohybrid sensor could be further amped up to analyze increasingly complex mixes of chemicals, both in the environment and as a disease-hunting breathalyzer to monitor health.

The Anatomy of Smell

The animal olfactory system is an evolutionary work of art. Although specific biological setups differ between species, the general concept is pretty similar.

It all starts in the nose. Our noses are densely packed with olfactory cells, huddled high up in our nasal passages. Think of these cells as fatty bubbles, each with electrical wires to transfer information up the chain. Dotted along the outer rim of the bubbles are proteins, called olfactory receptors. These are basically “smart” tunnels that connect the outside environment with the interior sanctuary of the cells.

Here’s the crux: each tunnel, or receptor, is tailored to a single odor chemical. It’s normally shut. When an odor—say, vanillin, the dominant chemical in vanilla—drifts into the nasal passage, it grasps onto its preferred receptor. This action opens the receptor tunnel, causing ions to flow into the cell. Translation? It triggers an electrical current, a sort of “on” signal, that gets sent to the brain.

Now take something more complicated in scent, say, French toast. Multiple chemical molecules grab onto their respective odor receptors. Each sends a current, which get analyzed together as they race along nerve highways towards the brain. Based on previous experience, the brain can then analyze the combination data and determine “oh, that’s French toast!”

As you can tell, combination is key. It’s how our 400 or so olfactory receptors can detect a trillion different odors. It’s also what the Japanese team tapped into for inspiration in their new artificial “nose.”

Mosquitoes to the Rescue

Rather than reconstructing a human smell receptor, the team turned to mosquitoes. It’s not that the team particularly loves these blood-sucking demons. It’s because the mosquito odor receptors are built to heighten their sense of smell. In addition to the usual odor-grabbing component, these nuisance bugs also have a separate component that amplifies the electrical signal in a biological way. This allows them to smell with higher sensitivity, while being able to minutely discern what they’re smelling—blood or Deet. It’s a trait that’s terrible for us, but great for an artificial nose.

The next step was to reconstruct the cell structure on a chip. Here, the team used a proprietary recipe to carefully micro-engineer two bubbles, each filled with liquid, smashed together horizontally, forming a sort of squished figure-eight. At the nexus between the two bubbles is a structure that mimics a cell’s outer shell—its membrane, with two fatty layers. The team called this their artificial cell membrane.

They then tapped synthetic biology to make mosquito odor receptors from scratch using DNA. These receptors are embedded into the artificial cell membrane. The entire contraption—think two oil tanks, closely snuggled together but separated by the odor-sensing membrane—was then plopped onto a chip. Each odor-detection unit sat on top of a bunch of slits on the chip, as a sort of venting mechanism.

Here’s how the odor detection works. Each chip has engraved “channels,” allowing any odor to flow towards each detection unit. At a unit, the odor chemicals are then shuttled into the slits using blasts of nitrogen air. This “blows” the odor molecules to mix better with the liquid in the bubbles, so that the odor-detection component gets more of a “whiff.” Think stirring a pot of chili so you can smell it better—that’s the general idea.

Once the odor molecules grabbed onto the embedded mosquito smell sensors, the sensors generated an electrical current. Using an electrode and a computer, the team could then monitor for these currents. Rather than relying on a single device, they linked up 16 on a chip to further increase sensitivity.

As a proof of concept, the team fed an odor molecule called octenol to their biohybrid nose. Octenol is often detected in the breath of cancer patients. At just a few parts per billion—a range similar to our natural noses—the biohybrid “nose” was able to reliably pick up the smell, with over 90 percent accuracy.

In another test, the team had a volunteer breathe heavily into a bag. They then connected the bag, through a regulator for constant air flow, to the artificial nose. “Although the human breath contains about 3,000 different metabolites [molecules],” the team said, for a healthy human without octenol in their breath, the nose remained silent. However, once a tiny bit of octenol gas was added, the bionic “nose” immediately generated an electrical bump indicating its presence.

For now, the team has only tested the contraption one scent at a time. But because the sensing channels are plug-and-play, they’re confident of a fragrant, blossoming future. Mixing and matching different odor receptors, for example, could lead to artificial noses that outwit our own.

Eventually, the team hopes to use their bionic nose as an affordable and portable way to detect early stages of diseases. With cancer and other health problems, the mixture of body odors can dramatically shift. It’s how dogs and other animals with a more heightened sense of smell than our own can detect health issues at early stages. In addition, a biohybrid nose could also venture into contaminated wastelands to screen for toxic chemicals without harming a living being.

To compliment the “mosquito nose” hardware, the team is already looking towards more sophisticated AI software. “I would like to expand upon the analytical side of the system by using some kind of AI. This could enable our biohybrid sensors to detect more complex kinds of molecules,” said Takeuchi.