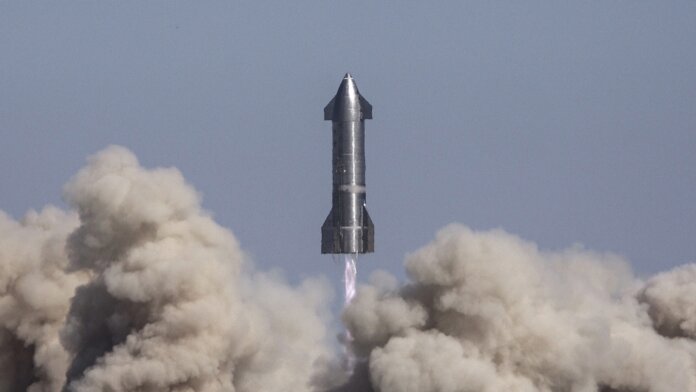 Elon Musk wants to send people to space—lots of them. Besides the 100,000 he envisions sending to Mars each time it’s closely aligned with Earth, he’s determined to make commercial space flight a thing sooner rather than later. Taking a ride into space obviously won’t be cheap, so the prevailing assumption is that the passengers on these flights will be uber-rich. But on at least one early mission, this won’t be the case, because a Japanese billionaire is giving away eight spots.

Yusaku Maezawa announced in a tweet on Tuesday that he’ll be selecting his spaceflight companions from all over the world, emphasizing that he wants “people from all kinds of backgrounds” to apply.

Watch this video to learn more about the selection process. It also contains a special message from @elonmusk #dearMoon

Yesterday morning Maezawa tweeted that he’d already received over 100,000 applications from 216 different countries, with India, Japan, the US, UK, and France topping the list.

Maezawa made much of his fortune from a fashion retail website called Zozotown, which he launched in 2004 and has since grown to be Japan’s largest such retailer. Forbes lists his net worth as $2 billion.

He signed on with SpaceX as its first commercial passenger in 2018, saying he planned to invite several artists to join him on the mission. In this latest announcement, he seems to have expanded his definition of “artist” to include anyone who sees themselves as an artist or is working on some kind of creative project.

Slightly more specifically, Maezawa said, he’s looking for people who “can push the envelope to help other people and greater society in some way” and are “willing to support other crew members who share similar aspirations.” Given that he already has a huge pool of applicants, he’ll undoubtedly find many people who meet these requirements.

There are no details yet about what kind of preparation or training the crew members will need to undergo before the mission, but it will likely be similar to that planned for the Inspiration4 crew (a month ago SpaceX announced it’s targeting “no earlier than the fourth quarter of this year” to launch its first all-commercial astronaut mission, which will include three donated seats of its own, going to individuals not yet named).

SpaceX plans to train that crew in orbital mechanics, microgravity, zero gravity, and other forms of stress testing, as well as making sure they know their way around the Falcon 9 launch vehicle and Dragon spacecraft. They’ll also need to complete emergency preparedness training, exercises for properly putting on and taking off their spacesuits, and mission simulations. It’s a lot, but probably not more than you’d expect for someone who’s not an astronaut to be able to go to space.

There’s no mention of psychological testing or training, but it wouldn’t be surprising if that was a component as well; who’s to say that even the most brave and calm among us won’t have some sort of meltdown once trapped in a metal cylinder thousands of miles from home? The trip will last at least six days, as it takes three to get to the moon and three to get back.

The spacecraft planned for the mission is SpaceX’s Starship. 160 feet tall and 30 feet in diameter, Starship hasn’t had great luck with its recent test flights; the most recent one just took place yesterday, and though it landed successfully, it exploded on the landing pad shortly after. The two preceding rockets exploded on contact, so it does seem there’s been some improvement.

Maezawa’s flight is slated to take place sometime in 2023. Whether this timeline ends up panning out will likely depend largely on safety, and as it stands right now, SpaceX has some substantial ground to cover.

But hey—in a time when many people won’t even fly to a neighboring state, we may as well fantasize about a not-too-distant future in which we can not only fly to other countries again, but fly off the planet entirely. You can put in your own application to be part of Maezawa’s creative space crew here.