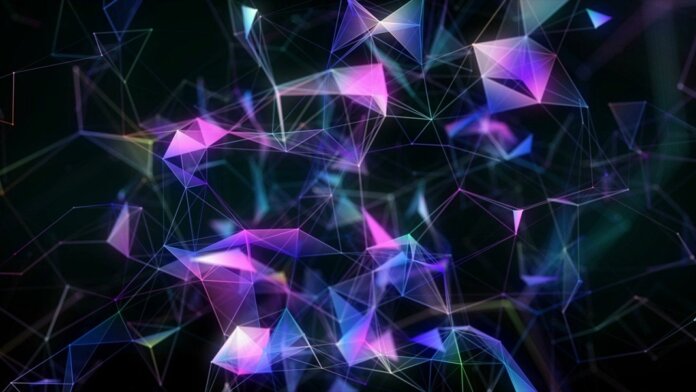 Deep reinforcement learning is having a superstar moment.

Except there’s a massive roadblock: they take forever to run. Because the concept behind these algorithms is based on trial and error, a reinforcement learning AI “agent” only learns after being rewarded for its correct decisions. For complex problems, the time it takes an AI agent to try and fail to learn a solution can quickly become untenable.

But what if you could try multiple solutions at once?

This week, an international collaboration led by Dr. Philip Walther at the University of Vienna took the “classic” concept of reinforcement learning and gave it a quantum spin. They designed a hybrid AI that relies on both quantum and run-of-the-mill classic computing, and showed that—thanks to quantum quirkiness—it could simultaneously screen a handful of different ways to solve a problem.

The result is a reinforcement learning AI that learned over 60 percent faster than its non-quantum-enabled peers. This is one of the first tests that shows adding quantum computing can speed up the actual learning process of an AI agent, the authors explained.

Although only challenged with a “toy problem” in the study, the hybrid AI, once scaled, could impact real-world problems such as building an efficient quantum internet. The setup “could readily be integrated within future large-scale quantum communication networks,” the authors wrote.

Learning from trial and error comes intuitively to our brains.

Say you’re trying to navigate a new convoluted campground without a map. The goal is to get from the communal bathroom back to your campsite. Dead ends and confusing loops abound. We tackle the problem by deciding to turn either left or right at every branch in the road. One will get us closer to the goal; the other leads to a half hour of walking in circles. Eventually, our brain chemistry rewards correct decisions, so we gradually learn the correct route. (If you’re wondering…yeah, true story.)

“Even in a moderately realistic environment, it may simply take too long to rationally respond to a given situation,” explained study author Dr. Hans Briegel at the Universität Innsbruck in Austria, who previously led efforts to speed up AI decision-making using quantum mechanics. If there’s pressure that allows “only a certain time for a response, an agent may then be unable to cope with the situation and to learn at all,” he wrote.

Many attempts have tried speeding up reinforcement learning. Giving the AI agent a short-term “memory.” Tapping into neuromorphic computing, which better resembles the brain. In 2014, Briegel and colleagues showed that a “quantum brain” of sorts can help propel an AI agent’s decision-making process after learning. But speeding up the learning process itself has eluded our best attempts.

The new study went straight for that previously untenable jugular.

The team’s key insight was to tap into the best of both worlds—quantum and classical computing. Rather than building an entire reinforcement learning system using quantum mechanics, they turned to a hybrid approach that could prove to be more practical. Here, the AI agent uses quantum weirdness as it’s trying out new approaches—the “trial” in trial and error. The system then passes the baton to a classical computer to give the AI its reward—or not—based on its performance.

At the heart of the quantum “trial” process is a quirk called superposition. Stay with me. Our computers are powered by electrons, which can represent only two states—0 or 1. Quantum mechanics is far weirder, in that photons (particles of light) can simultaneously be both 0 and 1, with a slightly different probability of “leaning towards” one or the other.

This noncommittal oddity is part of what makes quantum computing so powerful. Take our reinforcement learning example of navigating a new campsite. In our classic world, we—and our AI—need to decide between turning left or right at an intersection. In a quantum setup, however, the AI can (in a sense) turn left and right at the same time. So when searching for the correct path back to home base, the quantum system has a leg up in that it can simultaneously explore multiple routes, making it far faster than conventional, consecutive trail and error.

“As a consequence, an agent that can explore its environment in superposition will learn significantly faster than its classical counterpart,” said Briegel.

It’s not all theory. To test out their idea, the team turned to a programmable chip called a nanophotonic processor. Think of it as a CPU-like computer chip, but it processes particles of light—photons—rather than electricity. These light-powered chips have been a long time in the making. Back in 2017, for example, a team from MIT built a fully optical neural network into an optical chip to bolster deep learning.

The chips aren’t all that exotic. Nanophotonic processors act kind of like our eyeglasses, which can carry out complex calculations that transform light that passes through them. In the glasses case, they let people see better. For a light-based computer chip, it allows computation. Rather than using electrical cables, the chips use “wave guides” to shuttle photons and perform calculations based on their interactions.

The “error” or “reward” part of the new hardware comes from a classical computer. The nanophotonic processor is coupled to a traditional computer, where the latter provides the quantum circuit with feedback—that is, whether to reward a solution or not. This setup, the team explains, allows them to more objectively judge any speed-ups in learning in real time.

In this way, a hybrid reinforcement learning agent alternates between quantum and classical computing, trying out ideas in wibbly-wobbly “multiverse” land while obtaining feedback in grounded, classic physics “normality.”

In simulations using 10,000 AI agents and actual experimental data from 165 trials, the hybrid approach, when challenged with a more complex problem, showed a clear leg up.

The key word is “complex.” The team found that if an AI agent has a high chance of figuring out the solution anyway—as for a simple problem—then classical computing works pretty well. The quantum advantage blossoms when the task becomes more complex or difficult, allowing quantum mechanics to fully flex its superposition muscles. For these problems, the hybrid AI was 63 percent faster at learning a solution compared to traditional reinforcement learning, decreasing its learning effort from 270 guesses to 100.

Now that scientists have shown a quantum boost for reinforcement learning speeds, the race for next-generation computing is even more lit. Photonics hardware required for long-range light-based communications is rapidly shrinking, while improving signal quality. The partial-quantum setup could “aid specifically in problems where frequent search is needed, for example, network routing problems” that’s prevalent for a smooth-running internet, the authors wrote. With a quantum boost, reinforcement learning may be able to tackle far more complex problems—those in the real world—than currently possible.

“We are just at the beginning of understanding the possibilities of quantum artificial intelligence,” said lead author Walther.