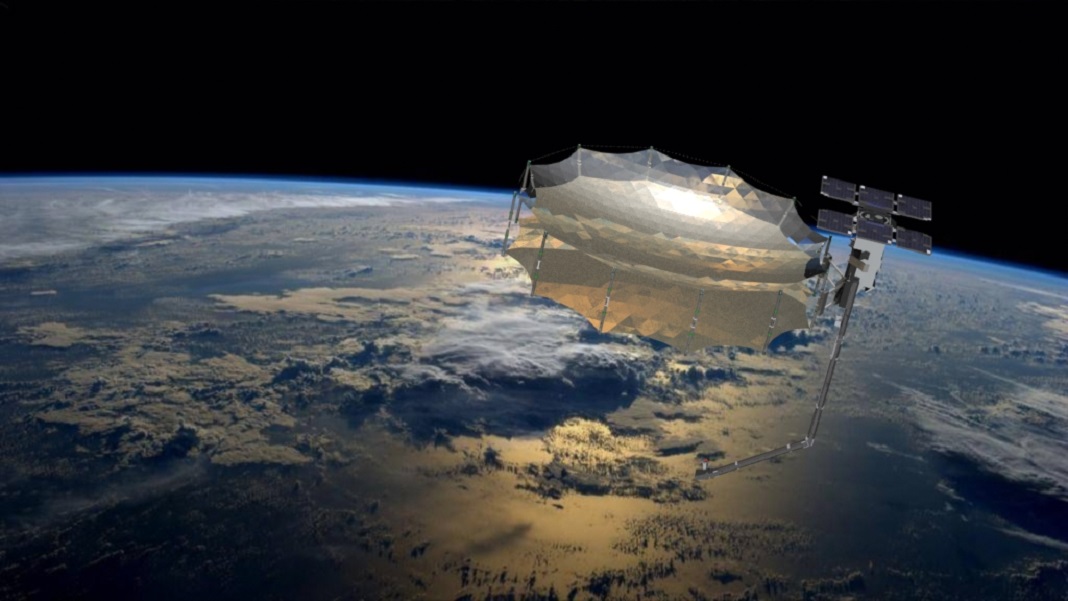 In late January of this year, a SpaceX Falcon 9 rocket set a new record. It carried 143 spacecraft, the most ever launched at once, into orbit. It was SpaceX’s first SmallSat Rideshare mission (and you thought your Uber Pool was crowded with four people!), and many of the satellites on board were tiny—about the size of a mailbox. But two of them were a bit larger than that, and are doing some pretty impressive work from their position 525 kilometers (326 miles, nominal altitude) above Earth’s surface.

Capella-3 and Capella-4 belong to San Francisco-based satellite imagery startup Capella Space. They joined Capella-2, which launched in August of 2020 (Capella-1 was a prototype that launched in 2018), and the company released the first images captured by the new satellites last week.

The images are significant for a couple reasons. They use a technology called synthetic aperture radar, which emits radio waves much longer than those used to create optical images (optical meaning from a camera and using visible light). The waves reflect back from Earth in different ways depending on the characteristics of the target; for example, steel or other metals will send back a different signal than trees, water, or concrete.

The resolution of the images gets higher as the antenna sending out the radio waves gets longer. But it’s impossible to have antennas long enough to yield high-enough-quality images; according to NASA’s EarthData, to get a spatial resolution of 10 meters from a satellite operating at a wavelength of about 5 centimeters, you would need an antenna longer than 47 football fields.

This is where the “synthetic” piece comes in. In place of a football-fields-long antenna, a short antenna sends out a series of radio waves. These are then combined to yield data similar to that which would be produced by a much longer antenna—in this case, high-resolution images. The images can come back distorted depending on the angle the radio waves are sent out at, objects that interfere with them, height and placement of target objects, etc.—but they can be tweaked using special data analysis methods, and end up giving a very accurate picture of the target area.

The images Capella released last week are of the Rybachiy nuclear submarine base in Russia, the Temple of Heaven in Beijing, and Delhi’s India Gate park.

What’s most unique and promising about synthetic aperture radar images is that you don’t need good weather or even daylight to capture them. Radio waves can be bounced off the Earth day or night, and they can go right through clouds or pollution.

“You can have thousands of optical satellites, but you’re only limited to 25 percent of Earth. We have access to the entire Earth, all the time,” Capella CEO Payam Banazadeh told CNBC. The company is aiming to get into the intelligence, surveillance, and reconnaissance market, which is centered around government agencies like the CIA. “The biggest customer of geospatial imagery in the world is the US government,” Banazadeh said. “That’s where the big opportunity in the short term is and it’s a massive market [with] unmet demand.”

The company already has contracts with the National Reconnaissance Office and the US Air Force, and notes that customers could use its images for purposes like infrastructure monitoring, understanding economic and geopolitical patterns, recognizing anomalous activity, and identifying objects like cars, trucks, and vessels with a high spatial and temporal resolution. “The first light images from Capella-3 and Capella-4 offer just a small taste of how our SAR technology can effectively support these use cases,” Banazadeh wrote last week in a blog post.

Capella designs, builds, and operates its own satellites (and is the first company in the US to do all this in-house), and has its own software platform and data analytics. They’re using Amazon Web Services for data storage and processing, and expect to multiply the amount of annual data collected by several hundredfold within the next four years.

Capella’s image resolution of 50cm by 50cm means its images are sharper than those of any other commercial satellite image provider; each pixel in the image represents a 50-by-50 centimeter piece of the ground. This means, as CNBC points out, that a car four meters long by two meters wide would show up in the satellite image as eight pixels by four pixels. That’s pretty incredible when you consider that the satellite is hundreds of miles away.

Capella Space has raised $82 million in funding to date, and was recently named one of Fast Company’s 10 most innovative space companies of 2021. They plan to launch six more satellites this year.