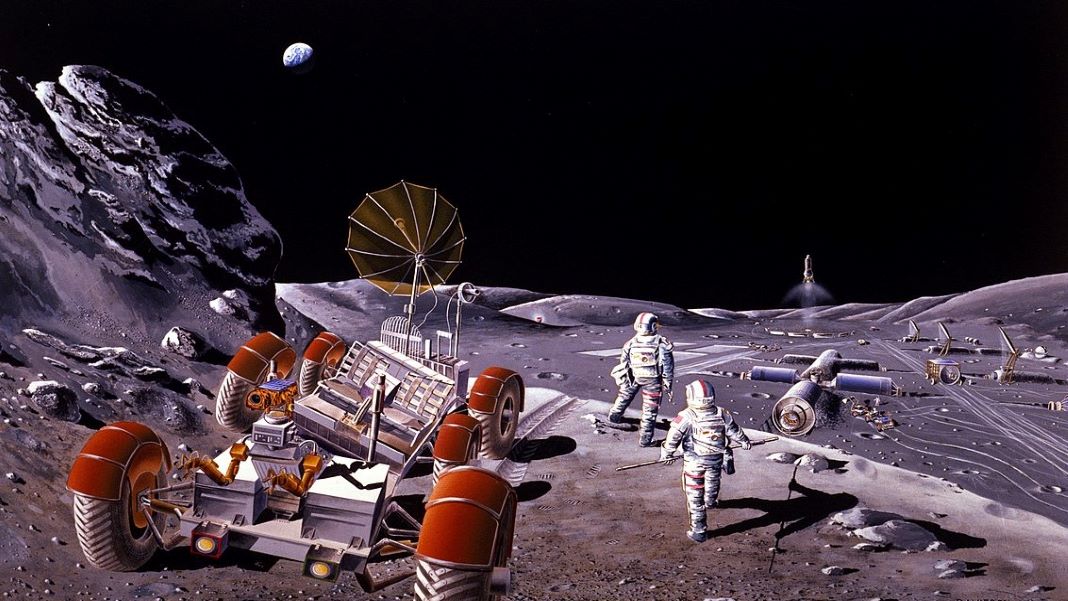 When the first baby is born off-Earth, it will be a milestone as momentous as humanity’s first steps out of Africa. Such a birth would mark the beginning of a multi–planet civilization for the human species.

For the first half-century of the space age, only governments launched satellites and people into Earth orbit. No longer. Hundreds of private space companies are building a new industry that already has US$300 billion in annual revenue.

I’m a professor of astronomy who has written a book and a number of articles about humans’ future in space. Today, all activity in space is tethered to Earth. But I predict that in around 30 years people will start living in space; and soon after, the first off-Earth baby will be born.

The Players in Space

Space started as a duopoly as the United States and the Soviet Union vied for supremacy in a geopolitical contest with loud military overtones. But while NASA achieved the moon landings in 1969, its budget has since shrunk by a factor of three. Russia is no longer an economic superpower, and its presence in space is a pale shadow of the program that launched the first satellite and the first person into orbit.

The new kid on the block is China. After a late start, the Chinese space program is surging, fueled by a budget that has recently grown faster than their economy. China is building a space station, the country has landed probes on the moon and Mars, and it is planning a moon base. On its current trajectory, China will soon be the dominant space power.

Governments will continue to launch rockets, but it would be safe to say that the future of private space flight arrived in 2016 when, for the first time, commercial launches outnumbered launches by all the world’s countries combined. But the most exciting progress is being made by private space companies that are marketing space for tourism and recreation. Elon Musk’s goal for SpaceX is to carry 100 people at a time to the moon, Mars, and beyond, although in public presentations he is coy about giving a timeline. Jeff Bezos’ company, Blue Origin, also aims to colonize the solar system. Such grandiose plans have skeptics, but remember that these are the two richest people in the world.

Living on the Moon or Mars

For a spacecraft, the trip to Mars is about 1,000 times farther than a trip to the moon, so the moon will be humanity’s first home away from home.

China is partnering with Russia to build a long-term facility at the moon’s South Pole sometime between 2036 and 2045. NASA plans to put “boots on the moon” in 2024 and establish a a permanent settlement called the Artemis Base Camp within another decade. As part of the Artemis mission, NASA is also planning to launch a lunar space station in 2024 called Gateway. NASA is teaming up with SpaceX for this and future lunar projects, and the lunar station will make it easier for SpaceX to resupply the future lunar colony.

After the moon comes Mars, and the collaboration between SpaceX and NASA is accelerating the timeline for getting there. NASA’s plans are purposeful, but the organization hasn’t given a timeline. Elon Musk, on the other hand, has loudly proclaimed that he intends to have a colony on Mars by 2050. Humanity’s attempt to colonize the moon will give us a good sense of the challenges we might face on Mars.

Sex and Babies in Space

For a civilization to be really free from Earth, the population needs to grow, and that means babies. Living on the moon or Mars will be arduous and stressful, so the first inhabitants will probably spend only a few years there at a time and are unlikely to start a family.

But once people do take up permanent residency off-Earth, there are still many unknowns. First, little research has been done on the biology of pregnancy and reproductive health in a space or low-gravity environment like the moon or Mars. It’s possible there will be unexpected hazards to the fetus or mother. Second, babies are fragile, and raising them is not easy. The infrastructure of these bases would have to be sophisticated to make some version of normal family life possible, a process that will take decades.

With these uncertainties in mind, it seems likely that the first off-Earth baby will be born much closer to home. A Dutch startup called SpaceLife Origin wants to send a heavily pregnant woman 250 miles up just long enough to give birth. They talk a good story, but the legal, medical and ethical obstacles are formidable. Another company, called Orbital Assembly Corporation, plans to open a luxury hotel in orbit in 2027 called the Voyager Station. Current plans show that it would hold 280 guests and 112 crew members, with its spinning-wheel design providing artificial gravity. But the breathless news reports omit any discussion of the difficulty and cost of such a project.

However, on April 12, 2021, NASA announced that it is considering allowing a reality TV show to send a civilian to the International Space Station and film them for 10 days. It’s plausible that this idea could be extended, with a wealthy couple booking a long-term stay for the entire process from conception to birth in orbit.

At the moment, there’s no evidence anyone has had sex in space. But with about 600 people having been in Earth orbit, including one NASA couple who kept their marriage a secret, one space historian was able to gather plenty of space age salacious moments.

My guess is that sometime around 2040, a unique individual will be born. They may carry the citizenship of their parents, or they may be born in a facility operated by a corporation and end up stateless. But I prefer to think of this future person as the first true citizen of the galaxy.