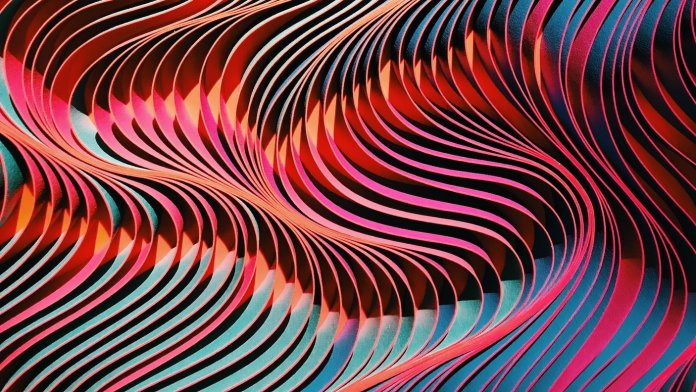 China’s Gigantic Multi-Modal AI Is No One-Trick Pony
A. Tarantola | Engadget
“When Open AI’s GPT-3 model made its debut in May of 2020, its performance was widely considered to be the literal state of the art. …But oh what a difference a year makes. Researchers from the Beijing Academy of Artificial Intelligence announced on Tuesday the release of their own generative deep learning model, Wu Dao, a mammoth AI seemingly capable of doing everything GPT-3 can do, and more.”

United Airlines Wants to Bring Back Supersonic Air Travel
Lauren Hirsch | The New York Times
“…United Airlines said it was ordering 15 jets that can travel faster than the speed of sound from Boom Supersonic, a start-up in Denver. …Boom, which has raised $270 million from venture capital firms and other investors, said it planned to introduce aircraft in 2025 and start flight tests in 2026. It expects the plane, which it calls the Overture, to carry passengers before the end of the decade.”

Spacex Signs ‘Blockbuster Deal’ To Send Space Tourists to the ISS
Amanda Kooser | CNET
“On Wednesday, space tourism company Axiom Space announced a ‘blockbuster deal’ with SpaceX that will send private crews to the ISS through 2023. Axiom and SpaceX already had a deal in place for a Dragon spacecraft flight with three private citizens and former NASA astronaut Michael López-Alegría in early 2022. The new agreement expands the scope to a total of four flights.”

Why Electric Cars Will Take Over Sooner Than You Think
Justin Rowlatt | BBC News
“This isn’t a fad, this isn’t greenwashing. Yes, the fact many governments around the world are setting targets to ban the sale of petrol and diesel vehicles gives impetus to the process. But what makes the end of the internal combustion engine inevitable is a technological revolution. And technological revolutions tend to happen very quickly.”

Have Autonomous Robots Started Killing in War?
James Vincent | The Verge
“…over the past week, a number of publications tentatively declared, based on a UN report from the Libyan civil war, that killer robots may have hunted down humans autonomously for the first time. As one headline put it: ‘The Age of Autonomous Killer Robots May Already Be Here.’ But is it? As you might guess, it’s a hard question to answer.”

Chart: Behind the Three-Decade Collapse of Lithium-Ion Battery Costs
Rahul Rao | IEEE Spectrum
“Between 1991 and 2018, the average price of the batteries that power mobile phones, fuel electric cars, and underpin green energy storage fell more than thirtyfold, according to work by Micah Ziegler Jessika Trancik and at the Massachusetts Institute of Technology. …Batteries today, the researchers say, have mass-production scales and energy densities unthinkable 30 years ago.”

The UK Has a Plan for a New ‘Pandemic Radar’ System
Maryn McKenna | Wired
“i‘What we really need is a broadly distributed, high-fidelity, always-on surveillance system…’ says Samuel V. Scarpino, an assistant professor at Northeastern University who directs its Emergent Epidemics Lab. ‘This is not something that can be built easily. But we have a narrow window right now, where basically the whole planet knows that we need to solve this.’i”

Vilnius, Lithuania Built a ‘Portal’ to Another City To Help Keep People Connected
Kim Lyons | The Verge
“They really went all-in on the idea and the design; it looks quite a bit like something out of the erstwhile sci-fi movie/show Stargate. …The portals both have large screens and cameras that broadcast live images between the two cities—a kind of digital bridge, according to its creators—meant to encourage people to ‘rethink the meaning of unity,’ Go Vilnius said in a press release. Aw.”

Amazon Devices Will Soon Automatically Share Your Internet With Neighbors
Dan Goodin | Ars Technica
“Amazon’s experimental wireless mesh networking turns users into guinea pigs. …By default, a variety of Amazon devices will enroll in the system come June 8. And since only a tiny fraction of people take the time to change default settings, that means millions of people will be co-opted into the program whether they know anything about it or not.”