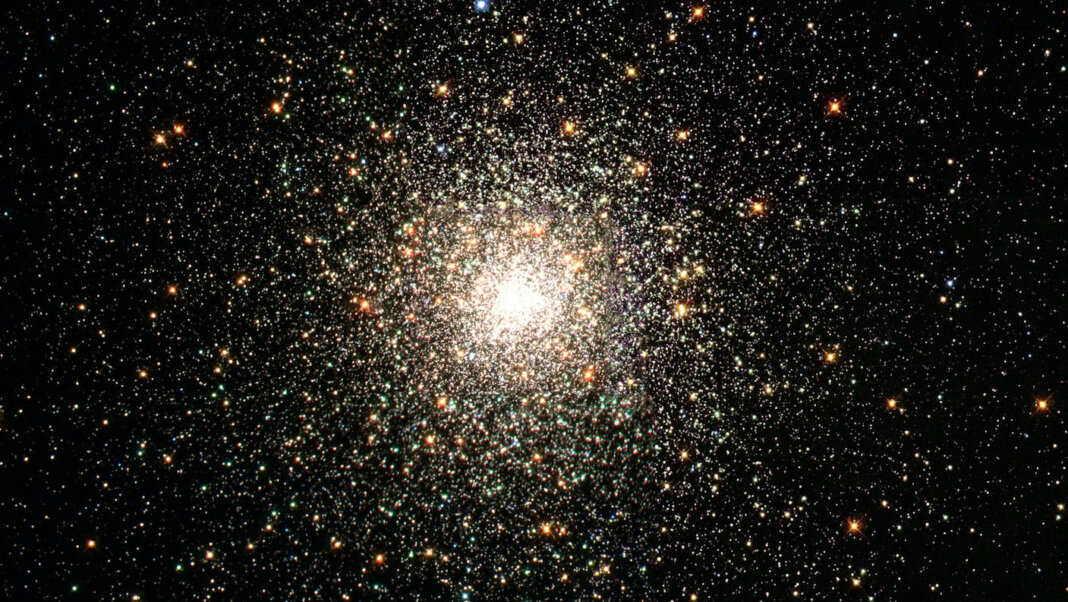 This Is a Map of Half a Billion Connections in a Tiny Bit of Mouse Brain
Tatyana Woodall | MIT Technology Review
“Neuroscientists have released the most detailed 3D map of the mammalian brain ever made, created from an animal whose brain architecture is very similar to our own—the mouse. The map and underlying data set, which are now freely available to the public, depict more than 200,000 neurons and half a billion neural connections contained inside a cube of mouse brain no bigger than a grain of sand.”

SpaceX Stacks the Full Starship Launch System for the First Time, Standing Nearly 400 Feet Tall
Darrell Etherington | TechCrunch
“SpaceX has achieved another major milestone in its Starship fully reusable launch system: It stacked the Starship spacecraft itself on top of a prototype of its Super Heavy booster, which itself is loaded up with a full complement of 29 Raptor rocket engines, and the Starship on top has six itself. The stacked spacecraft now represents the tallest assembled rocket ever developed in history.”

A New Generation of AI-Powered Robots Is Taking Over Warehouses
Karen Hao | MIT Technology Review
“In the months before the first reports of covid-19 would emerge, a new kind of robot headed to work. Built on years of breakthroughs in deep learning, it could pick up all kinds of objects with remarkable accuracy, making it a shoo-in for jobs like sorting products into packages at warehouses. …Within a few years, any task that previously required hands to perform could be partially or fully automated away.”

The Pentagon Is Using AI to Predict Events Days Into the Future
Eric Mack | CNET
“The Pentagon hasn’t released many specific details on what exactly GIDE involves, but it certainly doesn’t include any precogs bathing in creepy opaque white liquids. Rather, the idea seems to be combining data with machine learning and other forms of artificial intelligence to gain enough of an informational edge to enable the proactive approach [commander of NORAD Gen. Glen D.] VanHerck describes.”

China Targets the Robotaxi Industry
Craig S. Smith | IEEE Spectrum
“China’s self-driving vehicle market is moving faster than that of the United States thanks to government regulatory support. In the past year, Baidu and AV competitor AutoX, backed by e-commerce giant Alibaba, have announced a series of steps in the race toward what promises to be a massive market.”

Facebook Can Project Your Eyes Onto a VR Headset, and It’s Exactly as Uncanny as It Sounds
Adi Robertson | The Verge
“Facebook Reality Labs wants to help people see your eyes while you’re in virtual reality—even if the results sit somewhere between mildly unsettling and nightmarish. Earlier this week, FRL released a paper on ‘reverse passthrough VR,’ a recipe for making VR headsets less physically isolating. Researchers devised a method for translating your face onto the front of a headset, although they emphasize it’s still firmly experimental.”

China Says It’s Closing in on a Thorium Nuclear Reactor
Prachi Patel | IEEE Spectrum
“There is no denying the need for nuclear power in a world that hungers for clean, carbon-free energy. At the same time, there’s a need for safer technologies that bear less proliferation risk. Molten salt nuclear reactors (MSRs) fit the bill—and, according to at least one source, China may be well on their way to developing MSR technology.”

Watch a Hacker Hijack a Capsule Hotel’s Lights, Fans, and Beds
Andy Greenberg | Wired
“The hacker, who is French but asked to be called by his handle, Kyasupā, says he found half a dozen hackable vulnerabilities in the internet-of-things systems used in a capsule hotel he stayed at in 2019. They allowed him to hijack the controls for any room at the hotel to mess with its lights, ventilation, and even the beds in each room that convert to a couch, all of which are designed to be managed by networked systems linked to an iPod Touch given to every guest.”