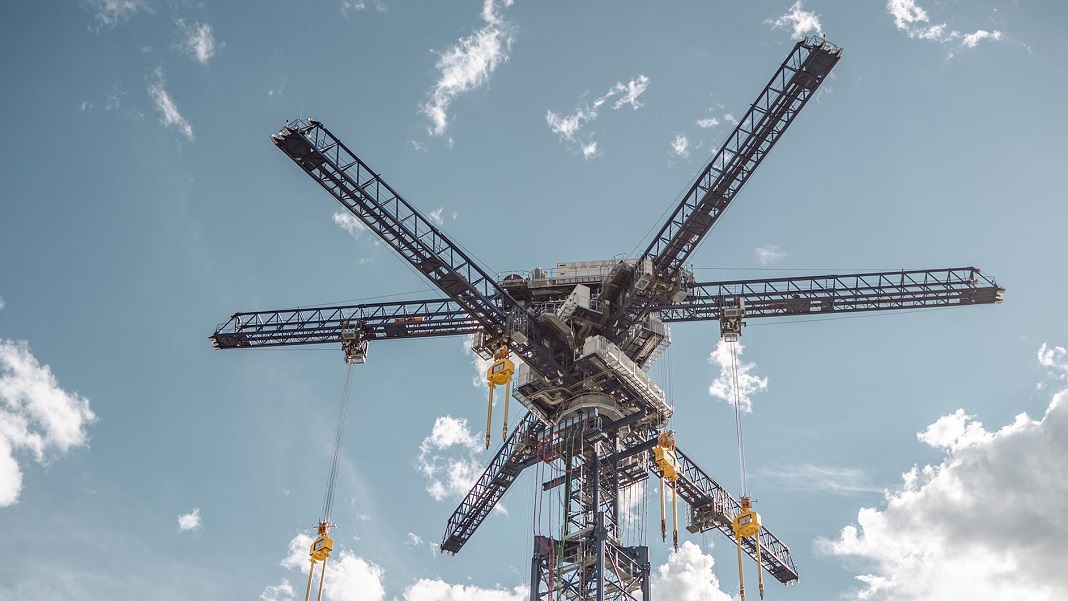 The Intergovernmental Panel on Climate Change released its Sixth Assessment Report in early August, and the outlook isn’t good. The report has added renewed urgency to humanity’s effort to curb climate change.

The price of solar energy dropped 89 percent in 10 years, and new wind farms are being built both on land and offshore (with ever-bigger turbines capable of generating ever more energy). But simply adding more wind and solar generation capacity won’t get us very far if we don’t have a cost-effective, planet-friendly way to store the energy they produce.

As Zia Huque, general partner at Prime Movers Lab, put it, “To truly harness the power of renewable energy, the world needs to develop reliable, flexible storage solutions for when the sun does not shine or the wind does not blow.”

A startup called Energy Vault is working on a unique storage method, and they must be on the right track, because they just received over $100 million in Series C funding last week.

The method was inspired by pumped hydro, which has been around since the 1920s and uses surplus generating capacity to pump water up into a reservoir. When the water is released, it flows down through turbines and generates energy just like conventional hydropower.

Now imagine the same concept, but with heavy solid blocks and a tall tower rather than water and a reservoir. When there’s excess power—on a sunny or windy day with low electricity demand, for example—a mechanical crane uses it to lift the blocks 35 stories into the air. Then the blocks are held there until demand is outpacing supply. When they’re lowered to the ground (or lowered a few hundred feet through the air), their weight pulls cables that spin turbines, generating electricity.

“Heavy” blocks in this case means 35 tons (70,000 pounds or 31,751 kg). The blocks are made of a composite material that uses soil and locally-sourced waste, which can include anything from concrete debris and coal ash to decommissioned wind turbine blades (talk about coming full circle). Besides putting material that would otherwise go into a landfill to good use, this also means the blocks can be made locally, and thus don’t need to be transported (and imagine the cost and complexity of transporting something that heavy, oy).

The cranes that lift and lower the blocks have six arms, and they’re controlled by fully-automated custom software. Energy Vault says the towers will have a storage capacity up to 80 megawatt-hours, and be able to continuously discharge 4 to 8 megawatts for 8 to 16 hours. The technology is best suited for long-duration storage with very fast response times.

The Series C funding was led by Prime Movers Lab, with existing investors SoftBank and Saudi Aramco adding additional funds and several new investors joining. Energy Vault plans to use the funding to roll out its EVx platform, launched in April of this year. The platform includes performance enhancements like round-trip efficiency up to 85 percent, a lifespan of over 35 years, and a flexible, modular design that’s shorter than the original—which means it could more easily be built in or near densely-populated areas.

Huque called Energy Vault a “gamechanger” in the transition to green energy, saying the company “has cracked the code with a transformative solution…designed to fulfill clean energy demand 24/7 with a more efficient, durable, and environmentally sustainable approach.”

The company will roll out its EVx platform in the US late this year, moving on to fulfill contracts in Europe, the Middle East, and Australia in 2022.