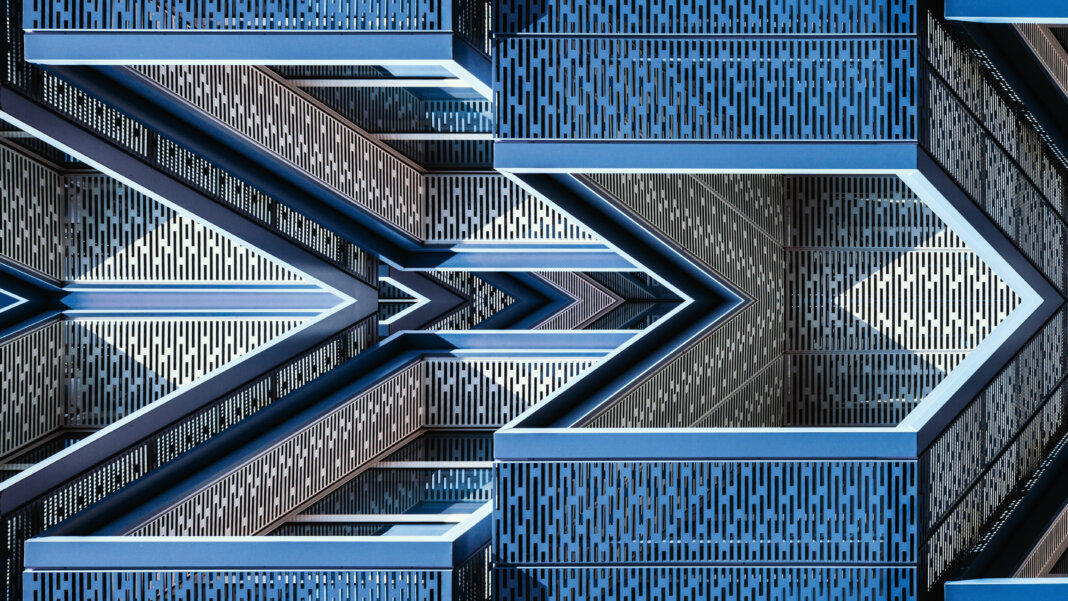 AI Training Is Outpacing Moore’s Law
Samuel K. Moore | IEEE Spectrum
“The increase in transistor density would account for a little more than doubling of performance between the early version of the MLPerf benchmarks and those from June 2021. But improvements to software as well as processor and computer architecture produced a 6.8-11-fold speedup for the best benchmark results.”

Tiny Salt-Grain-Sized Camera Snaps Hi-Res Full-Color Images
Michael Irving | New Atlas
“Researchers at Princeton and the the University of Washington have developed a tiny camera, the size of a grain of salt, which can snap sharp, full-color images. It’s made with a metasurface that captures light, which could be scaled up to turn entire surfaces into sensors. …The resulting images are far more crisp than other small sensors.”

Grasping Robotic Drone Can Land on a Branch Like a Freakin’ Bird
George Dvorsky | Gizmodo
“SNAG’s feet and legs were modeled after those of peregrine falcons, but instead of wings, this robot achieves flight with a quadcopter drone. Made from lightweight materials, it can carry 10 times its own weight. The bot’s ‘bones’ are made from 3D-printed plastic, while its muscles and tendons are built from motors and fishing line.”

Microsoft Makes Breakthrough in Quest to Use DNA as Data Storage
Phillip Tracy | Gizmodo
“The company announced in a new research paper the first nanoscale DNA storage writer, which the research group expects to scale for a DNA write density of 25 x 10^6 sequences per square centimeter, or ‘three orders of magnitude’ (1,000x) more tightly than before. What makes this particularly significant is that it’s the first indication of achieving the minimum write speeds required for DNA storage.”

Renewables Are Set to Soar
James Temple | MIT Technology Review
“New renewable electricity capacity will set another record this year, at 290 gigawatts, according to a new report from the International Energy Agency. …By 2026, global capacity from these carbon-free sources will rise more than 60% over last year’s levels, the intergovernmental research organization now projects. …In addition, renewables will account for 95% of the overall capacity growth in the power sector over that period.”

Quantum Simulators Create a Totally New Phase of Matter
Charlie Wood | Quanta
“Today the Cambridge group unveiled their most significant discovery yet: the detection of an elusive state of matter known as a quantum spin liquid, which exists outside the century-old paradigm outlining the ways in which matter can organize. It confirms a nearly 50-year-old theory predicting the exotic state. It also marks a step toward the dream of building a truly useful universal quantum computer.”

How Much Has Quantum Computing Actually Advanced?
Dan Garisto | IEEE Spectrum
“Lately, it seems as though the path to quantum computing has more milestones than there are miles. …For a measured perspective on how much quantum computing is actually advancing as a field, we spoke with John Martinis, a professor of physics at the University of California, Santa Barbara, and the former chief architect of Google’s Sycamore.”

The Movement to Hold AI Accountable Gains More Steam
Khari Johnson | Wired
“New York’s City Council last month adopted a law requiring audits of algorithms used by employers in hiring or promotion. The law, the first of its kind in the nation, requires employers to bring in outsiders to assess whether an algorithm exhibits bias based on sex, race, or ethnicity. Employers also must tell job applicants who live in New York when artificial intelligence plays a role in deciding who gets hired or promoted.”