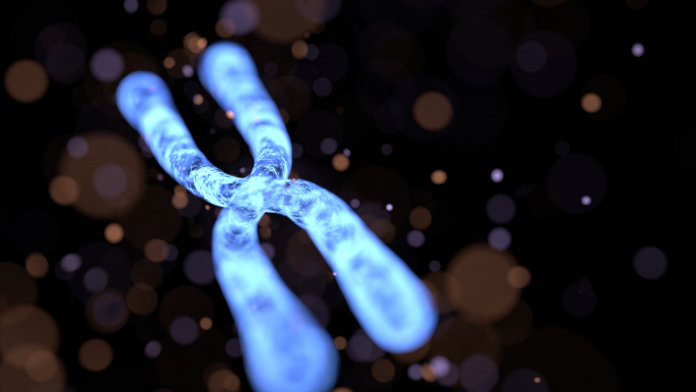 “Do you want a boy or a girl?” can be an awkward question.

But in certain circles, it’s a question that’s asked every day. Take agriculture. In a perfect world, most cows would only birth females. Chicks would grow up to be all hens. “Sexing” a farm animal when they’re at a young age wouldn’t be a thing—especially when it means male animals, without the ability to produce milk or eggs, are often culled at a young age to preserve resources.

There might be a better way. This month, a team tapped into the power of CRISPR to control the sex of the offspring in mice. By splicing CRISPR components into the parents’ genome, the team was able to flip on—or off—a switch that nearly perfectly determined the sex of their litters.

Unlike previous attempts, the baby mice could go on to have litters of their own of both sexes. The targeted gene used for the edit is conserved across evolution, suggesting the technique could work in more animals than just mice.

But it’s controversial. Essentially, the technique selectively kills off embryos of a certain sex, which immediately raises ethical red flags. For now, scientists aren’t concerned about the technology being used in humans due to its complexity. But the study is the latest to showcase biotech’s increasing ability to manipulate reproduction.

It’s an “impressive result” and a “state-of-the-art solution to producing single-sex species,” said Dr. Ehud Qimron at Tel Aviv University, who was not involved in the work.

Skewing the sex of offspring is nothing new. For over a decade, scientists have gradually hijacked the mosquito genome with gene drives to rewrite evolution. The idea is that the genetic edit would override natural selection, spreading across subsequent generations into a “dominant” gene. Instead of a gene’s usual 50-50 chance of inheritance, artificial gene drives have a far higher chance of infiltrating the next generation, fundamentally changing a species’ genetic code. When it’s a gene that biases the sex of their offspring, a species could gradually only have one sex, leading to their extinction.

It’s a doomsday plan with potentially massive benefits, such as curbing malaria. Because female mosquitoes are generally the carrier for the disease, a gene drive that leads to only males is a sure-fire way to reduce transmission. In one study, within a dozen generations, the genetic edit was sufficient to collapse a whole colony of mosquitoes in the lab. Similar studies have been tried in mice.

It’s not a perfect solution. The gene edit is powerful—maybe too much so. With farm animals, the goal isn’t to eradicate a species, but rather to bias the sex of the animal towards one side and increase animal welfare. “Animal and animal products are used globally, and ethical discussions regarding animal usage are ongoing,” said the authors. Over 100,000 male calves are culled each year, and stats for other common farm animals paint a similarly uncomfortable picture.

The new study took a different approach. With CRISPR, the team skewed the sex of only the next generation in mice, allowing the same-sex litters to eventually reproduce normally.

CRISPR has two parts: an RNA guide (the bloodhound that sniffs out the target gene) and Cas9 (a “scissor” protein that physically cuts the gene). Usually, the two components are encoded into a single carrier, dubbed a “vector,” and inserted into a cell or animal. By targeting a gene that is essential for reproduction, for example, it’s then possible to trigger spontaneous failed pregnancies in animals.

But how does that help with sex selection? Let me explain.

The first step was to find a gene critical for embryo survival—one that when disrupted causes “synthetic lethality.” The team honed in on Top1, well known for its role in DNA repair. Cutting the gene triggers embryos to fail at a very early stage, when they’re just 8 to 16 cells, not yet implanted into the uterine wall and far from viable.

The team then engineered a CRISPR system that targets the start codons of Top1—a chunk of DNA that acts as an “on switch” to activate the gene. Here’s the clever part. They split the two components of CRISPR into two vectors.

One part, which carries the genetic code for a guide RNA that targets Top1, was then inserted into a female mouse’s X chromosome. The other vector, carrying the code for Cas9 “scissors,” was edited into the male’s Y chromosome.

When combined, the two components meet up like peanut butter and jelly, forming the full recipe to disrupt Top1. This can only happen in X/Y embryos—those that define male—and so selectively interrupt these embryos from developing. X/X, or genetically female embryos, are spared, as they only contain half of the CRISPR mechanism. The system is flexible. If Cas9 scissors were attached to the male’s X chromosome, all X/X embryos were eliminated before they grew to 16 cells.

The efficiency of the edit was crazy at 100 percent. Mice born from these genetically-edited parents were completely normal, with a hefty body size and in larger numbers than normally expected, suggesting the edit may cause less stress on the mother. Unlike those born using gene drives, the mice grew up to have perfectly normal litters with both male and female offspring.

The results are a long time in the making. Back in 2019, a team led by Dr. Udi Qimron at Tel Aviv University used CRISPR to produce mice in which 80 percent of the offspring were females. With the new study, the efficacy leaps to 100 percent, with the choice towards either sex. If further tested in farm animals, the technique could be a boost to both animal welfare and conservation.

It’s not an entirely comfortable solution for some. To Sue Leary, president of the non-profit Alternatives Research & Development Foundation, “You can’t solve an ethical problem with another ethical problem, which is genetic engineering.” And given the animosity towards GMOs, the new technology, regardless of efficacy, may be “dead in the water.”

For now, the CRISPR edits aren’t feasible in humans due to their complexity. What’s clear, though, is that we’ve begun parsing the biological machinery behind gender selection. Add in recent work on genetically-engineered embryos, or eggs and sperm from stem cells, and we’re on the fast track for CRISPR to completely change our current conception of reproduction.