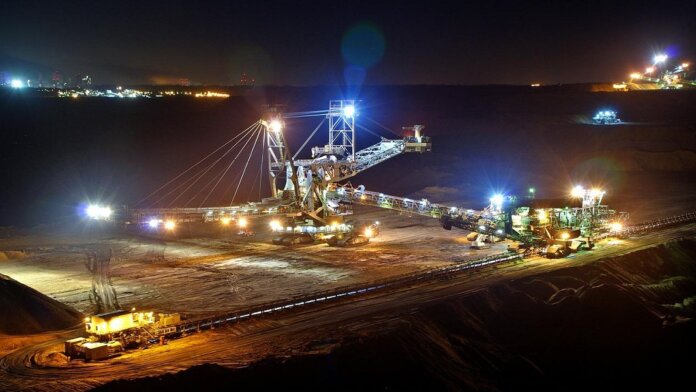 In the coming years and decades, critical minerals will start to rival oil and gas as the world’s most sought-after commodities, and the US is currently not very well-positioned to compete in this new arena. China, on the other hand, has the minerals market pretty well cornered, from mining raw materials to refining and processing them.

This week the Biden administration made a move to approach the playing field (and I say “approach” rather than “level” because leveling seems impossible—more on that below), announcing $3.16 billion in funding towards domestic battery manufacturing and supply chains for battery materials. The funds are part of the Bipartisan Infrastructure Law passed in November 2021.

President Biden also set an ambitious goal to have half of all vehicles sold in the US be electric by 2030. But getting there is far more complicated than giving tax credits to people who buy electric cars; access to the materials needed to make batteries is probably the biggest challenge the US will face in meeting the 2030 target, closely followed by ensuring stability of the grid as demand for electricity goes up while the push to stop burning coal intensifies.

Of 35 minerals designated critical to US economic and national security in 2018, China has a stranglehold on supply for 21 of them. For 14, the US relies exclusively on foreign imports—most of which involve China. The 2018 list was updated this year and expanded to include 50 minerals, with the increase coming partly from splitting rare earth and platinum group elements into individual entries (whereas before they were lumped together as “mineral groups”).

A few of the minerals most relevant for electric vehicle and grid storage batteries are lithium, cobalt, nickel, and manganese. The US has around four percent of the world’s lithium reserves but produces less than two percent of total supply; the biggest reserve is in Chile, with another substantial portion in Australia.

More than half the global supply of cobalt is in the Democratic Republic of Congo (as highlighted in a March episode of the New York Times Daily podcast); as of 2020, Chinese-backed companies wholly owned or had some stake in 15 of the country’s 19 cobalt-producing mines.

The Department of Energy’s press release is light on details of how exactly the US will go about improving its access to these minerals. One possibility is to streamline the permitting process for domestic mining operations and reduce the amount of time these projects spend languishing in political gridlock (the Thacker Pass lithium mine in Nevada is a prime example).

Another possibility is to reduce our dependence on critical minerals by finding viable alternatives. Several companies are already investing in research and development of substitutes for mined metals; last month, for example, Nissan and NASA announced a partnership aimed at developing metal-free solid-state batteries. Similarly, part of the Department of Energy’s first goal in its National Blueprint for Lithium Batteries is to “discover alternates for critical minerals for commercial and defense applications.” The blueprint also mentions growth of a domestic processing base.

There’s no perfect solution to the climate mess; whether we take new routes (like mining lithium in Nevada despite the risk of impacting species like the sage grouse) or stay on the current one (be at the mercy of China for our mineral and other battery needs), some degree of harm will be inflicted. The best we can do is to minimize that harm through evidence-based decisions focused on the longer-term big picture. As such, let’s hope Biden’s $3 billion effort to onshore more of the battery supply chain pays off.