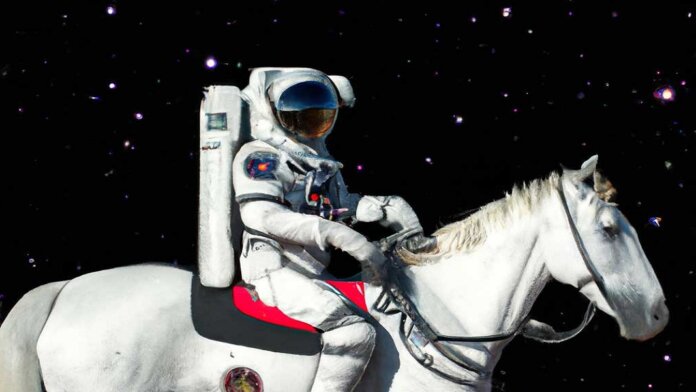 OpenAI Is Ready to Sell DALL-E to its First Million Customers
Will Douglas Heaven | MIT Technology Review
“‘We’ve seen much more interest than we had anticipated, much bigger than it was for GPT-3,’ says Peter Welinder, vice president of product and partnerships at OpenAI. Paying customers will now be able to use the images they create with DALL-E in commercial projects, such as illiustrations in children’s books, concept art for movies and games, and marketing brochures. But the product launch will also be the biggest test yet for the company’s preferred approach to rolling out its powerful AI, which is to release it to customers in stages and address problems as they arise.”

Senate Advances More Than $50 Billion Bill to Boost US Semiconductor Production
Thomas Franck | CNBC
“The broadest aim of the legislation is to incentivize semiconductor production within the US to decrease dependence on Asia-based manufacturers. Biden administration officials say a larger domestic chip industry would help ease the supply chain disruptions that have hampered the economic recovery from Covid-19 and insulate the US from supply routes dominated by political rival China. A global shortage of chips over the past two years rippled through several industries, including automakers, mobile phone and consumer technology companies and defense systems manufacturers.”

Tom Gerken | BBC News
“The drones will be used on the 164-mile Skyway project connecting towns and cities, including Cambridge and Rugby. It is part of a £273m funding package for the aerospace sector which will be revealed by Business Secretary Kwasi Kwarteng on Monday. Other projects include drones delivering mail to the Isles of Scilly and medication across Scotland. Mr. Kwarteng is to announce the news at the Farnborough International Airshow, the first to be held since 2019. He will say the funding will ‘help the sector seize on the enormous opportunities for growth that exist as the world transitions to cleaner forms of flight.'”

Crypto Is Straining the Power Grid. Congress Wants to Rein It In
Ashley Belanger | Wired
“Senator Elizabeth Warren joined five other congressmembers to submit a letter to the Environmental Protection Agency and Department of Energy, recommending the agencies combine forces to draft new regulations requiring emissions and energy use reporting from all crypto-mining operations nationwide. Only then, Warren and others suggest, will we know exactly how many firms are operating in the US, how much energy is being used, how much damage to the environment is being done, and how many communities are being affected.”

Google and Chevron invest in nuclear fusion startup that’s raised $1.2 billion
Catherine Clifford | CNBC
“On Tuesday, TAE announced a technical milestone: It achieved temperatures greater than 75 million degrees Celsius with its current fusion reactor machine, nicknamed Norman, which is located in Foothill Ranch, California, where the company is headquartered. The funding TAE announced will go toward building its next generation fusion machine, called Copernicus, which it says it will have completed by 2025, and which will be located nearby in Irvine, California.”

Baidu Races Ahead of Tesla With Launch of Robotaxi With Detachable Steering Wheel
Raffaele Huang | The Wall Street Journal
“Baidu, China’s long-dominant search-engine giant, priced the new model at about $37,000, nearly half of the $71,000 for the previous version of the car that was released in June 2021 with an ordinary steering wheel, the company said in a statement Thursday. ‘We’re moving towards a future where taking a robotaxi will be half the cost of taking a taxi today,’ Robin Li, co-founder and chief executive of Baidu, said at the company’s annual technology conference. He said cost cuts would enable Baidu to deploy tens of thousands of autonomous vehicles in China.”

Brain-Computer Interface Startup Implants First Device in US Patient
Ashlee Vance | Bloomberg
“On July 6 a doctor at the Mount Sinai West medical center in New York threaded a 1.5-inch-long implant made up of wires and electrodes into a blood vessel in the brain of a patient with ALS, or amyotrophic lateral sclerosis. The hope is that the patient, who has lost the ability to move and speak, will be able to surf the web and communicate via email and text simply by thinking—the device will translate his thoughts into commands sent to a computer.”