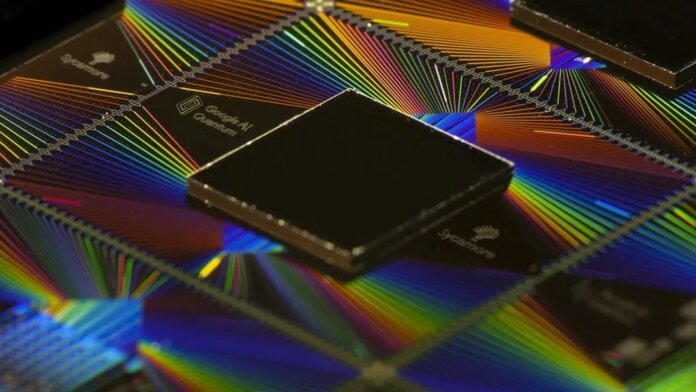 When Google announced its quantum computer had solved a problem beyond the capability of the most powerful supercomputer, it was a landmark for the industry. But Chinese researchers have now shown they could solve the same problem on a normal supercomputer in just seconds.

The ultimate promise of quantum computing is its ability to carry out certain computational feats far faster than classical machines, or even solve problems that would be essentially impossible to crack using traditional approaches.

The field is still nascent though, and today’s devices are far too small to be put to work on any real-world challenges. But in an effort to prove that the field is making progress, developers of quantum processors have been eager to find problems that may not have much practical use, but can demonstrate the potential speedups their technology is capable of.

Google made a major breakthrough on this front in 2019 when it claimed that its Sycamore processor had solved a problem that would take a supercomputer 10,000 years in just 200 seconds. The problem was rigged in their favor, as it essentially involved simulating their processor’s output, but by showing that a classical computer would struggle they were able to claim “quantum supremacy,” more commonly known as “quantum advantage” today.

But now researchers in China have cracked the same problem in just 15 hours using some clever algorithmic design and a moderately large computer. According to their calculations, it would take only a few dozen seconds if they had access to full-sized supercomputers.

The challenge Google had set was to simulate its processor acting more or less as a random number generator. The only difference was that they repeated the algorithm millions of times, and due to the nature of the algorithm, a certain pattern should emerge in the random numbers being spat out.

Simulating this on a classical computer should quickly get difficult as the size of the processor increases, because the amount of information encoded increases exponentially with each extra qubit. Using conventional approaches to solve this problem, Google predicted it would take 10,000 years to simulate its 53-qubit processor.

The team from the Institute of Theoretical Physics at the Chinese Academy of Sciences got around this by reworking the underlying mathematics used to solve the problem. They represented the processor as a 3D network of mathematical objects called tensors that represent the logic gates between the 53 qubits. This network was repeated over 20 layers, designed to represent the 20 cycles the quantum algorithm runs through before the processor’s output is read.

The advantage of using tensors is that GPUs, the chips that have powered the deep learning revolution, are able to process them very quickly in parallel. The researchers also took advantage of the fact that Google’s computations on Sycamore were not very precise, achieving a fidelity of just 0.2 percent. This allowed them to sacrifice some of the accuracy of their simulation to boost its speed, which they did by removing some of the connections between qubits.

The result was that they managed to simulate the output of the Sycamore processor to a fidelity of 0.37 percent in just 15 hours on 512 GPUs—considerably less processing power than most leading supercomputers. A paper outlining the results is currently in press at Physical Review Letters, but a non-peer-reviewed pre-print was released last November.

While the result does somewhat burst Google’s quantum supremacy bubble, in an email to Science, the company pointed out that it had predicted classical algorithms would improve in its 2019 paper. But they add that they don’t think they’ll be able to keep pace with the exponential increases in performance of quantum computers for long.

It’s not the only quantum supremacy experiment to be undone. In 2020, a Chinese team claimed that a problem their quantum computer could solve in 200 seconds would take a supercomputer 2.5 billion years, but in January researchers showed it would actually only take 73 days.

While this doesn’t negate the progress being made in the field, a growing chorus of researchers say pitting quantum and classical machines against each other on these kinds of abstract computational problems doesn’t really give a clear sense of where the technology is at.

The real test, they say, will be when quantum computers are able to solve real-world problems faster and more efficiently than classical ones. And that seems like it may still be some way off.