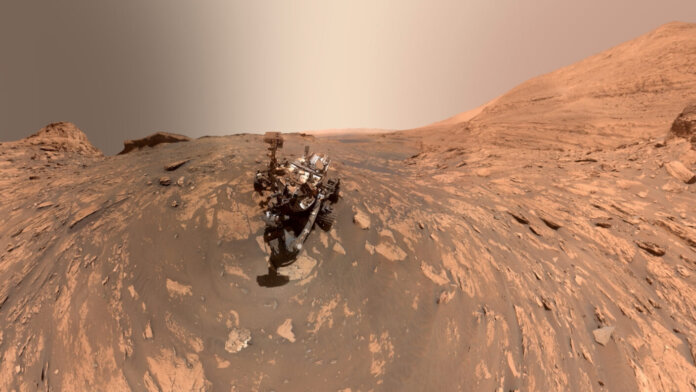 Astronauts on the space station may seem distant, but they’re only 248 miles from Earth: a little more than the drive from New York City to Washington DC. Everything they need can be delivered in relatively short order. Astronauts visiting Mars won’t have such easy access. The red planet’s average distance from Earth is 140 million miles.

We can plan supply missions, but taking everything along for the ride would be expensive and impractical. Like Mark Watney in The Martian, explorers will have to live off the land too.

There’ve been plenty of proposals for how astronauts might produce the essentials, but until recently no technology had been field tested. Now, thanks to a machine called MOXIE, built by MIT and stowed away on NASA’s Perseverance rover, we can definitively say humans will be able to make oxygen on Mars.

In a paper published this week in Science Advances, investigators said seven, hour-long experimental runs throughout 2021 demonstrate that MOXIE can reliably convert carbon dioxide into a small tree’s worth of oxygen. In tests spanning various temperatures and pressures, day and night, in winter and summer, the plucky machine steadily breathed in Martian atmosphere and breathed out at least six grams of oxygen an hour.

MOXIE works its magic by sucking in air, filtering out dust, and compressing and heating the gases to 800 degrees Celsius. The heated air flows through a solid oxide electrolysis instrument that splits carbon dioxide—which makes up 96 percent of the Martian atmosphere—into oxygen and carbon monoxide. The machine then separates out the oxygen and expels the carbon monoxide, alongside other gases, as exhaust.

“This is the first demonstration of actually using resources on the surface of another planetary body, and transforming them chemically into something that would be useful for a human mission,” said MOXIE deputy principal investigator Jeffrey Hoffman, a professor of the practice in MIT’s Department of Aeronautics and Astronautics, in a release.

The demonstration is only the beginning. A future version, about the size of a “small chest freezer,” would produce oxygen at a rate equivalent to several hundred trees. Manufacturing some three kilograms of oxygen an hour over 26 months, the machine could feed a storage tank to keep astronauts breathing and fuel their ride home.

To get there, the machine would have to prove capable of operating nonstop in the harsh  Martian environment—and it’d need a good deal more power.

“Power is the area where we expect to see the most improvement in the scaled-up MOXIE,” Dr. Michael Hecht, associate director at MIT’s Haystack Observatory and principal investigator on MOXIE, told Singularity Hub.

“On Perseverance we use up to 300 watts to produce about 8 grams per hour of oxygen, which represents not much more than 10 percent efficiency relative to the amount of electrochemical power it actually takes to pull apart the CO2 molecule. We expect the full-scale system to be more like 90 percent efficient, based on detailed studies.”

Some of these gains will be because a bigger machine can run at lower pressures, saving energy on compression, Dr. Hecht said. But mostly it will be thanks to economies of scale—you can produce grams or kilograms with the same electronics, for example.

It’ll still require a reliable power source, of course. According to Dr. Hecht, a nuclear reactor capable of around 10 kilowatts (currently being developed by NASA) should do the trick.

The benefit of going nuclear is reliability and longevity. NASA’s Opportunity rover, powered by solar panels, met its doom when a global dust storm blocked the sun. Perseverance’s nuclear power source, on the other hand, is self-contained and rated to last 14 years.

Speaking of dust storms, for a machine that makes a living sucking in air, global storms lasting weeks or months would seem formidable foes. Indeed, Dr. Hecht said, as you’d expect air filters at home to clog, the same will happen on Mars.

“We have studied dust filtering extensively, and it seems to be one of those cases where nature is kind to us. The storms themselves aren’t as much of a problem as the constant dust intake,” he said. “But fortunately the dust doesn’t follow the air flow as easily at those low pressures, so nearly all of it can be eliminated by simple baffles that force the air to go around corners as it’s drawn into the system.”

Though some big questions have been answered, the team plans to continue testing MOXIE. They’ll run it at dusk and dawn, when Martian temperatures swing more wildly, push it to produce more oxygen, and carefully monitor wear and tear. Meanwhile, back on Earth, Oxeon, the company that made the electrolysis unit, has already built and tested a system that’s 100 times bigger.

How soon we’ll need a finished product isn’t certain. NASA is planning to launch Artemis I this year, a stepping stone to the moon and eventually, it’s hoped, Mars. Meanwhile, China’s eyeing the red planet, and SpaceX is dashing to complete its Mars rocket. Target dates for touchdown range from late this decade to sometime in the 2030s.

Between now and then, we’ll need to solve many significant challenges. But figuring out how to produce air to breath and fuel for a trip home is a big box to check. “It’s what explorers have done since time immemorial,” Hoffman told The Washington Post. “Find out what resources are available where you’re going to and find out how to use them.”