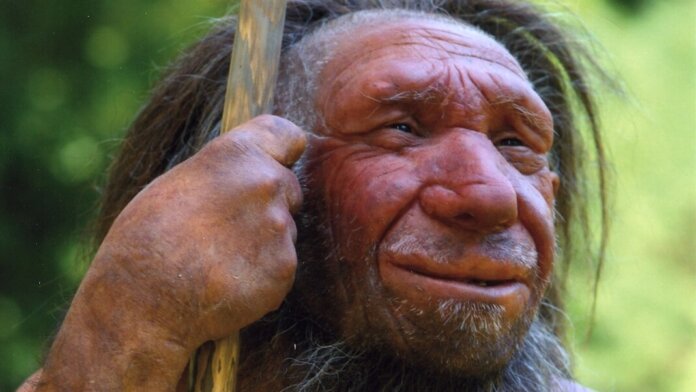 Scientific study of human evolution historically reassured us of a comforting order to things. It has painted humans as cleverer, more intellectual, and more caring than our ancestral predecessors.

From archaeological reconstructions of Neanderthals as stooped, hairy and brutish, to “cavemen” movies, our ancient ancestors got bad press.

Over the last five years discoveries have upended this unbalanced view. In my recent book, Hidden Depths: The Origins of Human Connection, I argue this matters for how we see ourselves today and imagine our futures, as much as for our understanding of our past.

1. There are more human species than we ever imagined

Species such as Homo Longi have only been identified as recently as 2018. There are now 21 known species of human.

In the last few years we have realized that our Homo sapiens ancestors may have met as many as eight of these different types of human, from robust and stocky species including Neanderthals and their close relatives Denisovans, to the short (less than five-feet tall) and small-brained humans such as Homo naledi.

But Homo sapiens weren’t the inevitable evolutionary destination. Nor do they fit into any simple linear progression or ladder of progress. Homo naledi’s brain may have been smaller than that of a chimpanzee, but there is evidence they were culturally complex and mourned their dead.

Neanderthals created symbolic art, but they weren’t the same as us. Neanderthals had many different biological adaptations, which may have included hibernation.

2. Hybrid humans are part of our history

Hybrid species of human, once seen by experts as science fiction, may have played a key role in our evolution. Evidence of the importance of hybrids comes from genetics. The trail is not only in the DNA of our own species (which often includes important genes inherited from Neanderthals) but also skeletons of hybrids.

One example is “Denny,” a girl with a Neanderthal mother and Denisovan father. Her bones were found in a cave in Siberia.

Our evolutionary past is messier than scientists used to think. Have you ever been troubled with backache? Or stared jealously after your dog as it lolloped across an uneven landscape?

That should have been enough to show you we are far from perfectly adapted. We have known for some time that evolution cobbles together solutions in response to an ecosystem which may already have changed. However, many of the changes in our human evolutionary lineage maybe the result of chance.

For example, where isolated populations have a characteristic, such as some aspect of their appearance, which doesn’t make much difference to their survival and this form continues to change in descendants. Features of Neanderthals’ faces (such as their pronounced brows) or body (including large rib cages) might have resulted simply from genetic drift.

Epigenetics, which is where genes are only activated in specific environments, complicate things too. Genes might predispose someone to depression or schizophrenia for example. Yet they may only develop the condition if triggered by things that happen to them.

4. Our fate is intertwined with nature

We may like to imagine ourselves as masters of the environment. But it is
increasingly clear ecological changes molded us.

The origins of our own species coincided with major shifts in climate as we became more distinct from other species at these points in time. All other human species seem to have died out as a result of climate change.

Three major human species Homo erectus, Homo heidelbergensis, and Homo neanderthalensis died out with major shifts in climate such as the Adams event. This was a temporary breakdown of Earth’s magnetic field 42,000 years ago, which coincided with the extinction of the Neanderthals.

5. Kindness is an evolutionary advantage

Research has uncovered new reasons to feel hopeful about future human societies. Scientists used to believe the violent parts of human nature gave us a leg up the evolution ladder.

But evidence has emerged of the caring side of human nature and its contribution to our success. Ancient skeletons show remarkable signs of survival from illness and injuries, which would have been difficult if not impossible without help.

The trail of human compassion extends back one and a half million years ago. Scientist have traced medical knowledge to at least the time of the Neanderthals.

Evolution made us more emotionally exposed than we like to imagine. Like domestic dogs, with whom we share many genetic adaptations, such as greater tolerance for outsiders, and sensitivity to social cues, human hypersociability has come with a price: emotional vulnerabilities.

We are more sensitive to how people around us feel, and more vulnerable to social influences, we’re more prone to emotional disorders, to loneliness and to depression than our predecessors. Our complex feelings may not always be pleasant to live with, but they are part of key transformations which created large, connected communities. Our emotions are essential to human collaborations.

This is a far less reassuring view of our place in the world than the one we had even five years ago. But seeing ourselves as selfish, rational, and entitled to a privileged place in nature hasn’t worked out well. Just read the latest reports about the state of our planet.

If we accept that humans are not a pinnacle of progress, then we cannot just wait for things to turn out right. Our past suggests that our future won’t get better unless we do something about it. 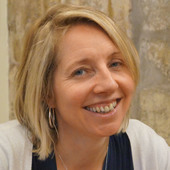 Penny Spikinshttps://www.york.ac.uk/archaeology/people/academic-staff/penny-spikins/
Penny's research focuses on the evolution of social emotions and the significance of care for the vulnerable in human origins. Penny's latest book, 'Hidden Depths: The origins of human connection' (White Rose University Press, open access) builds on her previous volume 'How Compassion Made Us Human' (Pen and Sword) in arguing that a selection for pro-social emotional motivations has been the driving force behind human evolution. She particularly explores how at each stage in our evolutionary past changes which led to human success came alongside new sensitivities and vulnerabilities. and how this understanding changes our view of ourselves.
RELATED