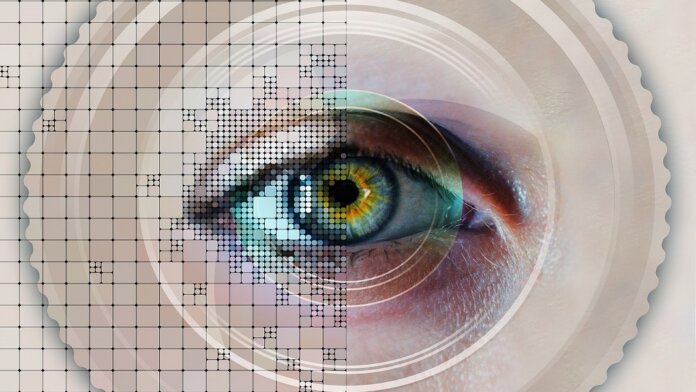 Heart disease is the number one cause of death among American adults. Conditions like obesity or diabetes increase a person’s risk of developing heart disease, and blood tests or blood pressure measurements can provide a better estimate of how likely someone is to have heart problems. There may soon be an even easier way to predict heart disease risk: by scanning your eye.

A paper published this month in the British Journal of Ophthalmology describes a method for quick, affordable cardiovascular screenings using retinal vasculature imaging—that is, a photo of the blood vessels at the back of the eye. A snapshot of the eye is analyzed by an artificially intelligent software developed for this purpose. Patients wouldn’t even have to go to their doctor’s office to be screened; they could simply send in an image of their eye.

The team that developed the software emphasized its convenience and affordability as compared to existing methods. “AI-enabled vasculometry risk prediction is fully automated, low cost, non-invasive, and has the potential for reaching a higher proportion of the population in the community because of ‘high street’ availability and because blood sampling or [blood pressure measurement] are not needed,” they wrote in the paper.

A Window to the Heart

The retina is the tissue at the back of the eye that converts light into electrical impulses, which it sends to the brain through the optic nerve. It contains millions of cells called rods (for night vision) and cones (for color vision), which rely on a network of blood vessels to continuously supply them with nutrients and oxygen.

Besides keeping the retina functioning, these blood vessels can also serve as a window into other parts of the body—even the heart. Scientists have found an association between characteristics like narrow retinal arteries and vessel tortuosity (that is, curviness), and high blood pressure, hypertension, and cardiovascular disease.

“Doctors have known for more than a hundred years that you could look in the eye and see signs of diabetes and high blood pressure,” Pearse Keane, a researcher in ophthalmology and AI analysis not connected to the study, told The Verge. “But the problem was manual assessment: the manual delineation of the vessels by human experts.” A machine learning algorithm doesn’t have nearly as tough of a time with this, though.

The team named their software QUARTZ, an abbreviation for “QUantitative Analysis of Retinal vessels Topology and siZe.” They trained the AI using eye images from over 88,000 people (aged 40 to 69) drawn from the UK Biobank. The team analyzed the width and tortuosity of retinal arteries and veins to develop prediction models for stroke, heart attack, and death from circulatory disease.

They then used QUARTZ to analyze retinal images from 7,411 more people, these aged 48 to 92, and combined this data with information about their health history (such as smoking, statin use, and previous heart attacks) to predict their risk of heart disease. Participants’ health was tracked for seven to nine years, and their outcomes were compared to Framingham risk score (FRS) predictions.

A common tool for estimating heart disease risk, the FRS looks at age, gender, total cholesterol, high density lipoprotein cholesterol, smoking habits, and systolic blood pressure to estimate the probability someone will develop heart disease within a given span of time, usually 10 to 30 years.

The QUARTZ team compared their data to 10-year FRS predictions and said the algorithm’s accuracy was on par with that of the conventional tool.

It will be a while before the AI becomes a diagnostic tool; further clinical trials and regulatory approvals will be needed, as well as a clearer methodology for translating its data into clinical practice.

In the meantime, it’s promising to know tools like this are under development. Like Framingham risk assessments, QUARTZ could be used preventatively by helping determine when someone should try medications to lower their blood pressure or cholesterol.

A linked editorial by a doctor and professor not involved in the study is optimistic. “The retina is the only location that allows non-invasive direct visualization of the vasculature, potentially providing a rich source of information,” they wrote. “The results strengthen the evidence from several similar studies that the retina can be a useful and potentially disruptive source of information for cardiovascular disease risk in personalized medicine.”