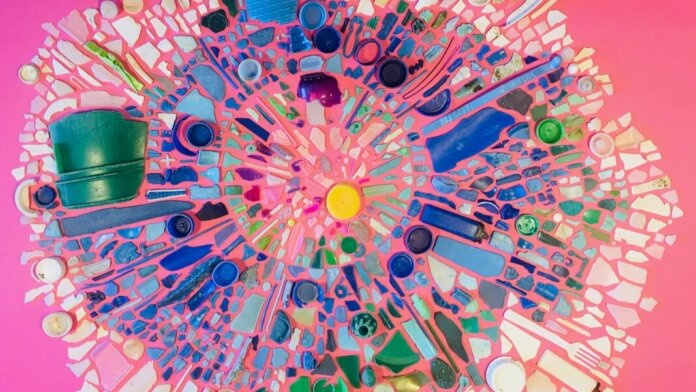 Plastic waste is clogging up our rivers and oceans and causing long-lasting environmental damage that is only just starting to come into focus. But a new approach that combines biological and chemical processes could greatly simplify the process of recycling it.

While much of the plastic we use carries symbols indicating it can be recycled, and authorities around the world make a big show about doing so, the reality is that it’s easier said than done. Most recycling processes only work on a single type of plastic, but our waste streams are made up of a complex mixture that can be difficult and expensive to separate.

On top of that, most current chemical recycling processes produce end products of significantly worse quality that can’t be recycled themselves, which means we’re still a long way from the goal of a circular economy when it comes to plastics.

But a new approach that uses a chemical process to break down mixed plastic waste into simpler chemical compounds before genetically modified bacteria convert them into a single, valuable end product could point the way to a promising new solution to our plastic crisis.

This new hybrid technique, outlined in a recent paper in Science, builds upon previous research that showed that a mixture of different kinds of plastics could be broken down and converted into an array of useful chemicals by oxidizing them with the help of a catalyst.

The problem is that the resulting assortment of chemicals requires complex separation processes to isolate and purify them, which makes the approach impractical in real terms. However, the “oxygenates” produced by this process have an attractive quality: they are much more soluble in water than the products of most chemical recycling processes.

This means it’s much easier for them to be taken up by living things, opening up the prospect of using biological processes to further refine them. Taking advantage of this, the researchers genetically engineered a species of soil bacteria to absorb this concoction of chemicals and use them to produce a single end product—a process known as “biological funneling.”

In their experiments, the group created two different strains, one capable of producing b-ketoadipate, a precursor for a variety of performance-enhanced polymers, and another that produced polyhydroxyalkanoates, a family of bioplastics used in a host of medical applications.

When they tested out their hybrid approach, the researchers found that the first oxidation step was capable of converting a mixture of polystyrene, polyethylene, and PET into benzoic acid and terephthalic acid at an efficiency of 60 percent and dicarboxylic acids at an efficiency of 20 percent after 5.5 hours.

They then recovered the metal catalyst from the mixture and fed it to their custom-made bacteria. Some of the chemicals were consumed by the bacteria to help them grow, while the rest were converted into the desired end product. Overall, they were able to convert the plastic mixture into b-ketoadipate with an efficiency of 57 percent.

While the approach devised by the researchers is just a prototype, there are already some promising avenues for scaling it up and widening its scope. While they only tested the technique on three plastics, it could easily be extended to polypropylene and polyvinyl chloride.

Continuous reactor systems already in use elsewhere could help improve oxygen delivery and continuously remove the end products so that they don’t degrade before the process is finished. What’s more, it should be possible to engineer other bacteria strains to produce a wide range of different end products.

While a full analysis of the economics of the approach still needs to be done, this kind of hybrid recycling process holds considerable promise for dealing with the complicated mixture of plastics we throw away every day. A truly circular plastic economy might not be so far off after all.