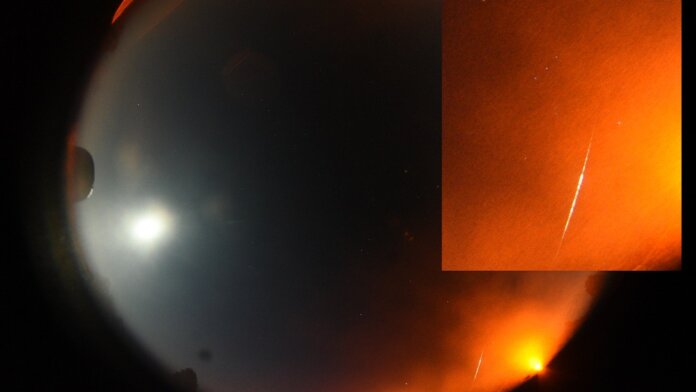 At about 10 o’clock on the night of February 28, 2021, a fireball streaked through the sky over England. The blazing extraterrestrial visitor was seen by more than 1,000 people, and its descent was filmed by 16 dedicated meteor-tracking cameras from the UK Fireball Alliance and many dashboard and doorbell cams.

With the time difference to Australia, the Global Fireball Observatory team at Curtin University were the first to dig into their cameras’ data, quickly realizing there may be very special meteorites to find around the town of Winchcombe, Gloucestershire.

The next morning’s news told people in the area to look out for black rocks in their garden. The Wilcock family discovered a pile of dark powder and small rocky pieces on their driveway. They called in specialists from the Natural History Museum who confirmed it was a meteorite and collected the space rubble for further analysis, all within 12 hours of it landing.

More fragments were collected from the surrounding area over the next month. All told, the samples added up to around 600 grams of exceptionally pristine asteroid rock from the outer solar system.

We have been studying this precious find with colleagues from around the world for the past 18 months. As we report in a new paper in Science Advances, it is a very fresh sample of an ancient rock formed in the early years of the solar system, rich in the water and organic molecules that may have been crucial in the origin of life on Earth.

How to Catch a Fireball

Meteorites are rocks from space that have survived the fiery descent through our atmosphere. They are the remnants of our (very) distant past, around the time the planets were formed, holding clues to what our solar system was like billions of years ago.

There are more than 70,000 meteorites in collections around the world. But the Winchcombe meteorite is quite a special one.

Why? Well, of all the meteorites ever found, only around 50 have ever been seen falling with enough precision to calculate their original orbit—the path they took to impact the Earth. Figuring out the orbit is the only way to understand where a meteorite came from.

The Global Fireball Observatory is a network of cameras on the lookout for falling meteorites. It is a collaboration of 17 partner institutions around the world, including Glasgow University and Imperial College in the UK. This collaboration grew out of Australia’s Desert Fireball Network, run by Curtin University. Of the few meteorite samples with known origins, more than 20 percent have now been recovered by the Global Fireball Observatory team.

The Winchcombe meteorite was one of the most well-observed yet. All these observations helped us determine this special sample came from the main asteroid belt, between Mars and Jupiter.

Observing a fireball from a network of cameras means we can recreate the rock’s path through the atmosphere and not only calculate its orbit, but also its fall to the ground.

In an email to the UK team seven hours after the fireball, my colleague Hadrien Devillepoix pointed out that the unusual amount of fragmentation, and the orbit, could mean we would be looking for a less common type of meteorite.

A space rock generally stops burning by the time it reaches about 30km altitude. The rest of the fall is affected by high-altitude winds, so predicting where the meteorite will land is not always easy.

The team at Curtin played a major role in predicting the fall area from the fireball data. We recreated the flight path of the space rock to tell people where to search for meteorite fragments.

Although many samples were found in Winchcombe town, the largest whole piece was recovered in a field during a dedicated search, found within 400 meters of the predicted position.

The Building Blocks of Life

Winchcombe is a very rare type of meteorite called a carbonaceous chondrite. It is similar to the Murchison meteorite that fell in Victoria in 1969. They contain complex carbon-based molecules called amino acids, which are regarded as the “building blocks of life.”

These meteorites are thought to have formed in the early solar system, billions of years ago. They formed far enough from the sun that water hadn’t completely evaporated, and was around to be incorporated into these meteorites. They may have been responsible for bringing water to Earth later on.

Carbonaceous chondrites are known to contain water, though most samples have been contaminated by long contact with Earth’s atmosphere. Some pieces of the Winchcombe meteorite are hardly contaminated at all because they were recovered within hours of its fall. These samples are incredibly pristine, and contain almost 11 percent water by weight.

Space agencies go a long way to find space rocks this fresh. In 2020, Japan’s Hayabusa2 mission delivered a few grams of material from a carbonaceous asteroid called Ryugu back to Earth. Next year, NASA’s OSIRIS-REx will bring home a somewhat larger chunk from asteroid Bennu.

The speed with which samples of the Winchcombe meteorite were discovered, combined with the precise observations which let us determine its original orbit in the asteroid belt, make it similar to materials returned by space missions.

The triangulation of the Winchcombe fireball, orbital analysis, recovery, and the geochemical techniques used to investigate this space rock’s history required a huge amount of teamwork.

Alongside the scientific secrets it will unlock, the story of the Winchcombe meteorite is a fantastic demonstration of the power of collaboration in unravelling the mysteries of our solar system. 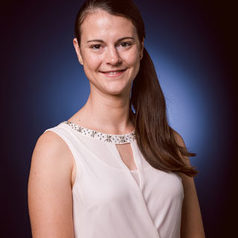 Eleanor K. Sansomhttps://www.scimex.org/experts?name=eleanor-sansom&a=331222
I completed my MSci in Geophysics at Imperial College, London and completed my PhD. with the Desert Fireball Network team in Perth, Australia. I am now a postdoctoral researcher at Curtin and am the project manager of the DFN, and now Global Fireball Observatory. I am an avid supporter of inspiring the next generation in the fields of science, technology, engineering, and maths (STEM) as a female role model.
RELATED