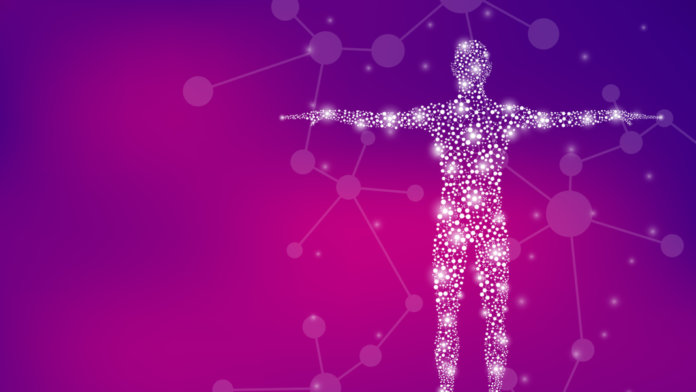 We all imagine better versions of ourselves. Smarter. More attractive. Physically nimble to rock the dance floor, conquer martial arts, or run that ultramarathon. And as we grow older, we want to live longer, healthier lives—or even reverse the aging process itself.

For eons, people have tapped into various resources to give themselves an edge. You’ve likely indulged in a strong cup of coffee that kickstarts your brain in the morning, or makeup that hides undereye circles after a sleepless night, or medication that keeps the brain focused.

The question is, what’s acceptable? When do treatments cross the line from restoring biological functions to bolstering cognitive or physical capabilities in completely healthy people—yet only for those who can pay?

Human enhancement has always walked an ethical tightrope. But the recent boom in genetic engineering, AI-powered exoskeletons, brain implants, and longevity treatments is pushing the frontier of redesigning ourselves—or humankind as a whole—to a new level.

A new paper in Science lays out a framework to guide the next steps of human enhancement. The main goal is to protect those involved, especially vulnerable populations and particularly people who cannot readily give consent. The paper argues for an ethical oversight system on a global scale, and to consider the risk of a further divide between those who can afford the treatments and those who cannot.

“These are the first extensive, stakeholder-supported and institutionalized set of guidelines for human enhancement and human enhancement-enabling R&D [research and development], said authors Drs. Yasemin Erden and Philip Brey at the University of Twente in Enschede, the Netherlands. “Already having mechanisms in place to guide and regulate R&D will help to move it forward in a way that is beneficial and that steers clear from unethical practices and outcomes.”

The framework is based on the European Commission’s endorsement of a similar set of guidelines back in 2021. The idea is to place ethics at the heart of emerging technologies rather than leaving them as an afterthought.

Dubbed SIENNA (stakeholder-informed ethics for new technologies with high socio-economic and human rights impact), the project is part of the EU’s major funding program for research, which oversees innovative programs until 2027. Its main focus is to guide AI, human genomics, and human enhancement for good. For example, how can we align these technologies with fundamental principles of human rights?

“The objective of the SIENNA project was to study these issues, and to propose ways of addressing them,” said Brey, who coordinates the program.

Human enhancement is far more polarizing. On one end are transhumanists, who “prioritize individual choice and emphasize benefits for individuals as well as society,” explained the authors. On the opposing side are bioconservatives, who hesitate at biotechnological efforts to “play God” and point out potential intrusions into a person’s health, equality in society, and well-being.

“We wanted to map out current issues as well as challenges that could be expected over the next 20 years,” said Brey.

To better gauge the general zeitgeist for human enhancement, SIENNA—an international consortium of 12 partners—consulted with hundreds of experts and roughly 11,000 civilians across nearly a dozen countries. The resulting data helped develop a set of ethical guidelines for human enhancement, which have never existed before, explained Brey.

The team first tackled a tricky problem: what counts as enhancement?

From the research, they settled on five categories that aren’t mutually exclusive. The first is physical enhancement—that is, interventions such as medications or genetic engineering to boost physical abilities or introduce new ones. These tweaks already pop up in professional athletic doping scandals, such as endurance athletes using EPO to increase stamina. Imagine how genetically boosting EPO expression or brain-controlled robotic limbs could alter physical prowess.

Another category is cognitive enhancement, aimed at boosting intelligence and memory or even providing new sensations. It’s not science fiction. The cyborg activist Neil Harbisson has had an antenna implanted into his skull since 2004, which translates color—including infrared and ultraviolet shades normally invisible to the human eye—into audible vibrations, essentially broadening his conscious experience of the world.

Longevity, cosmetic, and moral enhancements are the final three categories. Longevity looks at interventions to extend lifespan, and cosmetic alters a person’s appearance—such as adding elf-ears. Moral enhancements, if possible, are far more controversial. The goal here is to use biotechnology to foster attitudes and behaviors that are considered morally or socially acceptable.

These scifi-like human improvement endeavors trigger a large ethical conundrum. “Because human enhancement is not clearly part of medicine, it is uncertain whether the laws, institutional requirements, conventions, and ethics guidelines that apply to medicine also apply to enhancement,” the authors wrote.

With data in hand, the team built a set of guidelines based on six key values with “largely universal appeal.” Each is deeply rooted in previous philosophical ethics discussions and international treaties on human rights.

At their heart are three interlinked principles: individual well-being, autonomy, and informed consent. Whoever receives enhancements, especially irreversible ones, should be well aware of the benefits and potential problems, both short-term and longer-term. Establishing a support system is also essential, especially if the enhancement requires lifelong support or upgrades—think brain implants that eventually need hardware replacement or software updates.

We should consider the legal implications of the software licensing that underlies human enhancement technologies, the authors said.

Other key values include equality, justice, and moral and social responsibility. Imagine those who can afford genetically engineered babies, optimized for health, cognitive function, and cosmetic superiority (Gattaca, anyone?), versus families who can only rely on natural birth. In another scenario, people who first pursue cosmetic or other enhancements—such as installing brain implants when they’re already healthy—may be ostracized or considered “deviant” based on societal values.

Human enhancement should “avoid perpetuating or exacerbating existing inequities or inequalities between groups and communities,” the authors said. Discrimination against non-enhanced people should be nipped in the bud, along with harmful stereotypes when it comes to intelligence or beauty.

Even higher standards need to be set for children or adults with disabilities who are unable to provide informed consent. The enhancements should already have clear proof of benefits and few side effects in adults and be widely accepted, with their best interests at heart. The CRISPR babies, for example, had no say in their role as the first genetically engineered children based on a relatively new gene editing technology.

The authors hope they can inspire further discussions across the globe, but they acknowledge that guidelines aren’t by themselves sufficient. Ultimately, “they should be incorporated into new regulations, policies, protocols, and procedures” as we navigate the human enhancement ecosphere for the coming decades, they said.