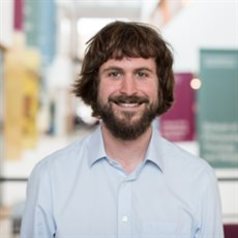 Professor of Philosophy, University of Birmingham

Alastair Wilson is a philosopher at the University of Birmingham, working on metaphysics, epistemology, philosophy of science and philosophy of physics. His doctoral thesis was on the metaphysics of Everettian (many-worlds) quantum mechanics, and this line of thought culminated in his book The Nature of Contingency: Quantum Physics as Modal Realism (OUP, 2020). More recently he has worked on explanation and dependence in physics and metaphysics as part of his ERC-funded project FraMEPhys, on metaphysical explanation in physics. He has also worked on laws of nature, chance, properties, causation, counterfactuals, and the epistemology of disagreement and of self-locating beliefs. He was President of the Society for the Metaphysics of Science in 2017-18 and Honorary Secretary of the British Society for the Philosophy of Science in 2018-19. He remains on the SMS and BSPS committees, and is also a member of the climate task force of the Philosophy of Science Association and a Trustee of the Philosophy of Physics Association. He is PhilPapers editor for the categories 'Interpretation of Quantum Mechanics' and 'Theories of Modality', and a Managing Editor of the open-access journal Ergo.