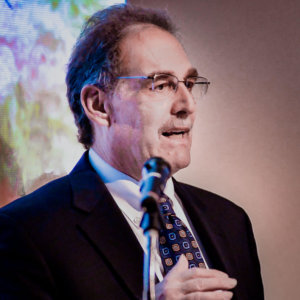 Prior to founding the Global Solutions Summit, he worked for more than 23 years at the World Bank and served for more than six years as the World Bank’s Science and Technology Program Coordinator and head of the World Bank’s Science, Technology and Innovation Global Expert Team. He has extensive on-the-ground experience leading science, technology, and innovation capacity building programs and projects in Africa, Asia, and various countries in the Former Soviet Union including Russia, Ukraine, Kazakhstan and Latvia. He organized two World Bank Global Forums on Science, Technology and Innovation Capacity Building for Sustainable Development (one in 2007 and another in 2009).

In March 2017, UN Secretary General António Guterres appointed him to a three-year term on the Governing Council of the Technology Bank for the Least Developed Countries (LDCs). The main objective of the Technology Bank, which was formally established by the UN General Assembly in December 2016, is to help LDCs identify and deploy the technology they need to (i) foster inclusive sustainable growth and (ii) achieve the SDGs.

Alfred Watkins - June 9, 2019
“Build a better mousetrap, and the world will beat a path to your door,” argued Ralph Waldo Emerson, the 19th century US lecturer, philosopher, and essayist. In other words, if scientists and engineers invent...
Read more