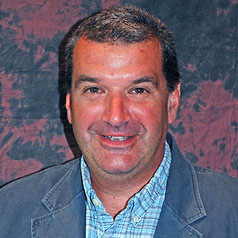 Brian Black writes and speaks widely for public and academic audiences about the intersection of issues of the environment and history. After growing up in Central Pennsylvania, Black worked in publishing in New York and Kansas, including stints at Audubon, MHQ, Scholastic, and the Journal of Economic History. His graduate study took place at the New York University and the University of Kansas. He taught at Gettysburg and Skidmore Colleges before coming to Penn State Altoona in 2001 to help start and lead Penn State's only interdisciplinary program in Environmental Studies. In addition to teaching Environmental Studies and Environmental History, Black currently serves as Penn State Altoona's Head of the Division of Arts and Humanities

Specializing in Energy Studies
His primary focus is energy, past and present, and particularly petroleum. Emphasizing cultural drivers behind energy consumption, Black uses history to provide context for our current energy conundrum. Residing in the energy landscape of Central Pennsylvania, Black has seen the ridge and valley section gutted for coal, capped with wind turbines, and now fracked for natural gas.

Black is the author of ten books, including the award-winning Petrolia: The Landscape of America's First Oil Boom (Johns Hopkins, 2003) and Crude Reality: Petroleum in World History (Rowman & Littlefield, 2012), which was selected by CHOICE as an outstanding academic book for 2012. Additionally, he has contributed essays to more than twenty books and is the editor of a number of others, including the new four-volume Climate Change: An Encyclopedia of History and Science (ABC-Clio, 2013). In addition, he served as one of the editors the Spring 2012 special issue of the Journal of American History on “Oil in American Life,” which was inspired by the 2010 Gulf Oil Spill. His articles have appeared in many journals, including Environmental History, Reconstruction, Pennsylvania History, Civil War History, and the Journal of American History. He has received awards and support from the NEH, the Hewlett Foundation, Gilder-Lehrman Institute for History, Penn State University’s Institute of Arts and Humanities and in 2012 he was awarded Penn State Altoona’s medal in Outstanding Achievement in Research & Creative Activity.

Emphasizing Environment and Place in History
Black's training emphasizes the importance of place in our historical narratives. His most recent work reaches beyond energy studies to focus this approach on a number of locales. First, the edited volume Nature’s Entrepot: Philadelphia's Urban Sphere and its Environmental Thresholds (University of Pittsburgh, 2012), which appears in the Press’s well-known series in Urban Environments. And in Fall 2013 Black’s long-awaited book Gettysburg Contested will be released by GFT Books. The first book-length exploration of the preservation process of one of America’s most cherished sacred landscapes, Gettysburg Contested reveals the battlefield in astonishingly new ways. Based in cultural geography and landscape studies, his inquiry will be of great interest to Civil War buffs; however, his analysis also reveals methods and procedures that can be used to explore the meaning of any landscape.

For a wider audience, Black’s articles appear in OnEarth magazine, USA Today, Junior Scholastic, and the Christian Science Monitor. He has served as a public spokesmen on various issues related to petroleum and energy development and regularly appears for public audiences in Pennsylvania. His reviews and opinion pieces have appeared in the Christian Science Monitor, the USA TODAY, and on the History News Network (HNN).

Current Writing Returns to Petroleum
Black is currently completing Declaring Our Dependence: Petroleum in 20th Century American Life, which is scheduled for a trade release with University of Chicago Press.

Why Our Current Energy Transition Is Both Unprecedented and Urgent

Brian Black - Nov 02, 2018
The combustion of oil, gas, and coal have made possible a much higher standard of living for humans through radical innovations in technology and science over the past 150 years. Yet for decades, scientists...
Read more