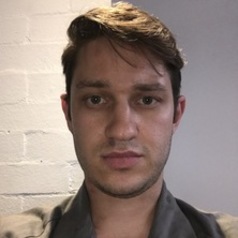 ARC DECRA Fellow, Centre for Hypersonics, School of Mechanical and Mining Engineering, The University of Queensland

Chris' research is primarily related to experimental hypersonics. His research interests include expansion tube and shock tunnel test facility design and condition development and the experimental study of planetary entry aerothermodynamics using both optical techniques and physical measurements. Chris has authored and co-authored 21 journal publications and 40 conference publications in his field.

Chris is an ARC DECRA Fellow in the Centre for Hypersonics in the School of Mechanical and Mining Engineering at the University of Queensland (UQ).

Chris graduated from a Mechanical Engineering degree at UQ in 2012. Following this, he completed his PhD in the Centre for Hypersonics.

During his PhD he developed very high speed Uranus and Saturn entry test conditions which were used to perform the fastest experiments which have ever been performed in an expansion tube, as well as developing expansion tube simulation and analysis codes which are now widely used in the Centre for Hypersonics.

During his PhD he also enrolled in a cotutelle program with École Centrale Paris in Paris, France, and after being awarded an Eiffel Scholarship by the French government, he passed a year on exchange in Paris, France. In France, Chris was working on developing the capability to perform radiating simulations to support his experimental work at UQ.

Post PhD he was employed in the Centre for Hypersonics helping to develop the X3R reflected shock tunnel, while also supervising and conducting expansion tube research on the X2 expansion tube at UQ.

Chris became a Lecturer at the start of 2020 and was also rewarded an Australian Research Council DECRA early career fellowship to study Mars return conditions with heated test models at UQ over the next several years. He was the 2020 recipient of the UQ EAIT Faculty Early Career Researcher Award.

Chris James - Feb 18, 2021
This month has been a busy one for Mars exploration. Several countries sent missions to the red planet in June last year, taking advantage of a launch window. Most have now arrived after their...
Read more