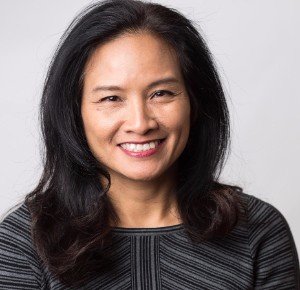 Emeline was most recently on the executive management team as the Chief Impact Officer and Executive Vice President of Operations for SU over the past five years - having company oversight on impact strategy, implementation and metrics tracking. Previously she was VP of Programs and Curriculum, and was instrumental in the development and operations of the Global Solutions Program from its foundation in 2009. Emeline is currently Faculty in the Space and Physical Sciences track. She is a Co-founder and Consultant for International Space Consultants based in Silicon Valley. Originally from the Philippines, she has traveled to over 75 countries, and has lived and worked in the Philippines, France, Switzerland, Canada, U.S., Spain, Sweden, Austria, and China.

Emeline has a BS in Physics from the University of the Philippines and an MS in Earth and Space Science from York University, Canada. She attended the International Space University (ISU) Space Studies Program in Strasbourg, France. She subsequently worked and volunteered for ISU - developing programs and running academic operations for its graduate programs around the world for two decades. In commercial space development, she has served as Director of Program Development and Research and Director of Operations for Space Adventures Ltd, a space tourism company sending private citizens to the International Space Station. She also worked and consulted for several startups including Odyssey Moon and Moon Express, which plan commercial transport to the Moon. Emeline is co-author of the book “Realizing Tomorrow: The Path to Private Space Flight,” University of Nebraska Press (2013), which was selected that year for the US Air Force’s Chief of Staff reading list.

New Era In Space Exploration Taking Off: Entrepreneurs Step In Where Big Government Left Off