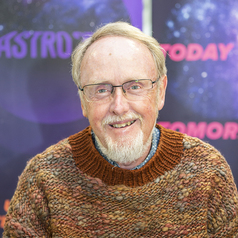 My current position is that of Emeritus Professor of Astronomy at the Research School of Astronomy and Astrophysics at the Australian National University. Prior to joining the ANU in 1995 I held positions at the Anglo-Australian Observatory and at Yale University.

My research interests include the stellar populations of dwarf galaxies, the origin of abundance anomalies in globular cluster stars, the Magellanic Clouds, and the formation of the halo of the Milky Way. I am the convenor of the research group that is using photometry from the ANU SkyMapper telescope to search for extremely metal-poor stars in the halo of the Milky Way galaxy.

I served as RSAA Associate Director (Academic) from 2004 to 2007 and was RSAA Interim Director for 4 months in 2007. Until March 2018 when I moved to Emeritus status I served as the RSAA PhD program convenor for the previous six years. I have also been Vice-President (2003-2005), President (2005-2007) and Immediate Past President (2007-2009) of the Astronomical Society of Australia (ASA). In July 2018 I was made an Honorary Fellow of the ASA ''in recognition of distinguished contributions to Astronomical Research and service to the Australian Astronomical Community''.

Gary Da Costa - July 8, 2021
Until recently it was thought neutron star mergers were the only way heavy elements (heavier than zinc) could be produced. These mergers involve the mashup of the remnants of two massive stars in a...
Read more