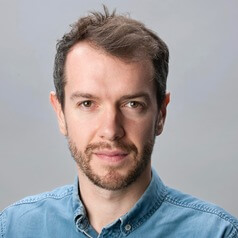 I am a particle physicist at the University of Cambridge and the LHCb experiment at the Large Hadron Collider, CERN.

I'm part of a large international team working on the LHCb Experiment at the Large Hadron Collider. LHCb is searching for signs of new particles that could help us understand some of the big unsolved problems in fundamental physics including the nature of dark matter and why the universe is made of matter and not antimatter.
​
My research focuses on studying particles called B-mesons, which are exotic particles containing a bottom quark. I study ultra-rare decays of these particles, which can be affected by new particles or forces that lie outside our current best theory, the Standard Model.

Harry CliffLorenzo Capriotti - Jul 15, 2020
The LHCb collaboration at CERN has announced the discovery of a new exotic particle: a so-called “tetraquark.” The paper by more than 800 authors is yet to be evaluated by other scientists in a...
Read more