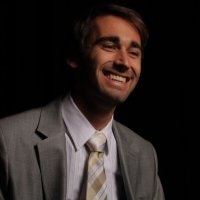 Jason founded Made In Space in 2010 as a result of analyzing the best possible approaches to enabling a fully sustainable form of space colonization. With a core focus on space manufacturing, the company has since built, flown, and operated the first and second 3Dprinters in space. Installed on the International Space Station, the first Made In Space Zero-Gravity 3D printer began space manufacturing in November 2014. Today Made In Space operates the second-generation 3D printer on the ISS, called the Additive Manufacturing Facility, enabling groups across the planet to have hardware manufactured in space. Additionally, Made In Space is working with NASA in the development of the Archinaut Program, to enable in-space robotic manufacturing and assembly of large space structures. Jason serves as the Chief Technology Officer, overseeing the deployment of the founding vision into the technical path of the projects, as well as development of the technology roadmap for the company. Jason holds two degrees in Aerospace engineering from the University of Central Florida, has studied at the Singularity University Graduate Summer Program, and is an internationally recognized speaker on the topics of space exploration, advanced manufacturing, and the theory of disruption.Â He serves on the UCF College of Engineering and Computer Science Dean Advisory Board, the Advisory Council to the Waypaver Foundation, and on the Board of Directors for the Future Space Leaders Foundation. In 2014, Jason and his three co-founders were recognized by Forbes on the prestigious 30 under 30 list for manufacturing.

Jason Dunn - April 27, 2016
On April 12th, 1961 Yuri Gagarin launched into space on a Vostok rocket from the Baikonur Cosmodrome, becoming the first person ever to leave the planet. Here’s the crazy thing: today’s astronauts travel to space...
Read more

A 3D Printed Moon Base: Science Fiction or Science Fact?

Jason Dunn - December 21, 2014
One day everything in space will be made in space, and this will radically increase the potential for human space exploration. I recently read a novella that explores this very idea (see below for an...
Read more