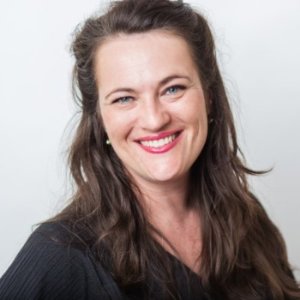 Jody is the Director of Design for SU Labs, where she provides design and innovation direction for corporate, startup and field impact teams. She employs a radical approach to Human Centered Design to create exponential solutions to the world’s toughest problems. She also speaks about Augmented and Virtual Reality for SU.

In her 23-year design career, Jody has created just about everything from holograms to physical products and R&D. Today, she is Director of Design for Singularity University Labs, where she incubates solutions to Global Grand Challenges using exponential technologies. She specializes in the avant garde of technology, covering everything from Artificial Intelligence to Robotics. She’s spent the last 9 years on AR/VR, most notably as Principal Experience Designer on the HoloLens Project at Microsoft and Principal UX at LEAP Motion. She has traveled the world, speaking about the future of these technologies and their impact on the world for groups like WIRED, Google, and TEDx. Previously, she co-founded and directed Kicker Studio, a design consultancy specializing in Natural User Interface, Perceptual Computing, and R&D for companies including Intel, Samsung, Microsoft, and DARPA.

Jody is also a practicing artist with an MFA in Painting and Design & Technology from the San Francisco Art Institute. She’s a collaborator with the art crew Five Ton Crane, and in her spare time, makes her own clothes while building robots and rockets.

Jody Medich - January 10, 2019
Imagine trying to read War and Peace one letter at a time. The thought alone feels excruciating. But in many ways, this painful idea holds parallels to how human-machine interfaces (HMI) force us to...
Read more

How to Leverage the Power of Science Fiction for Exponential Innovation

Jody Medich - May 9, 2018
“The only constant is change, and the rate of change is increasing.” –Peter Diamandis Many of today’s biggest companies will no longer exist in 10 years. Why? Because rapidly emerging new technologies will make the...
Read more

Interfaces Are Killing Us: It’s Time Technology Gets Out of the Way

Jody Medich - September 18, 2017
You have superpowers; cybernetic superpowers that allow you to do all kinds of things. Think about it: at some point today you Googled a fact you didn’t know, or your calendar reminded you to be...
Read more

3D Computer Interfaces Will Amaze—Like Going From DOS to Windows

Jody Medich - August 4, 2015
Today, we spend as much time immersed in the digital world as we do the real world. But our computer interfaces are flawed. They force us to work in 2D rectangles instead of our...
Read more