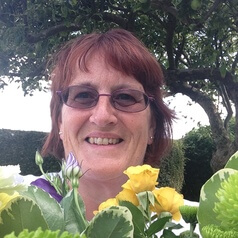 Professor of Planetary and Space Sciences, The Open University

Monica Mary Grady CBE (born 1958) is a leading British space scientist, primarily known for her work on meteorites. Since 2005, she has been Professor of Planetary and Space Science at the Open University, and is currently Head of the Department of Physical Sciences.

Prior to 2005, Grady was based at the Natural History Museum in London, where she curated the UK's national collection of meteorites. She graduated from the University of Durham in 1979, then went on to complete a Ph.D. on carbon in stony meteorites at Darwin College, Cambridge in 1982. Since then, she has built up an international reputation in meteoritics, publishing many papers on the carbon and nitrogen isotope geochemistry of primitive meteorites, on Martian meteorites, and on interstellar components of meteorites. She gave the Royal Institution Christmas Lectures in 2003, on the subject "A Voyage in Space and Time." Asteroid (4731) was named Monicagrady in her honor.

Grady was appointed Commander of the Order of the British Empire (CBE) in the 2012 Birthday Honors for services to space sciences. She is the first UK scientist to be President of the International Meteoritical Society.

Grady is the oldest of eight children; her youngest sister, Dr. Ruth Grady, is a Senior Lecturer in microbiology at the University of Manchester. Grady's husband, Professor Ian Wright, is also a meteoriticist.

Monica Grady - May 15, 2022
What do you need to make your garden grow? As well as plenty of sunshine alternating with gentle showers of rain—and busy bees and butterflies to pollinate the plants—you need good, rich soil to...
Read more

Monica Grady - September 18, 2020
Earth’s sister planet, Venus, has not been regarded as a high priority in the search for life. Its surface temperature of around 450°C is thought to be hostile to even the hardiest of micro-organisms,...
Read more