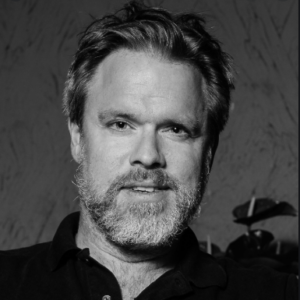 Robert Muggah specializes in smart cities, digital resilience, public security, and the design of new technologies. He is cofounder and principle of the SecDev Group—devoted to supporting clients mitigate digital risk, strengthen cybersecurity and harness the digital economy. He is co-founder and research director of the Igarapé Institute—an award-winning think and do tank working on data-driven safety and justice based in Latin America and Africa. Robert advises McKinsey, Google, and Uber, and is an associate at Princeton University. For two decades he has advised national and municipal governments and international organizations on issues ranging from crime prevention and stabilization to urban planning and climate resilience.

Robert is (or has been) a fellow or faculty at the University of Oxford, the University of San Diego, the University of British Columbia, the Catholic University of Rio de Janeiro, and the Graduate Institute in Switzerland. Between 2000 and 2010, he founded a think tank focused on security (based in Geneva). He advises the World Economic Forum's Council on the Future of Cities and is a multi-term adviser to the annual Global Risk Report. Robert has authored eight books—most recently Terra Incognita (with Ian Goldin, Penguin/Random House 2020) and many peer-reviewed articles. He is a regular contributor to the Atlantic, BBC, CNN, El Pais, Financial Times, Folha de São Paulo, Foreign Affairs, Foreign Policy, Guardian, Economist, New York Times, Newsweek, USA Today, and Wired, and he gave TED talks in 2015, 2017, and 2019. Robert received his DPhil from the University of Oxford.

These Maps Reveal the Profound Progress and Peril of Modern Civilization

Robert MuggahIan Goldin - December 8, 2021
Today's mega-threats are systemic and interconnected. The growing demand for energy and meat helps explain the steady rise in carbon and methane emissions. Coal-belching factories and burning forests are in turn speeding up global...
Read more