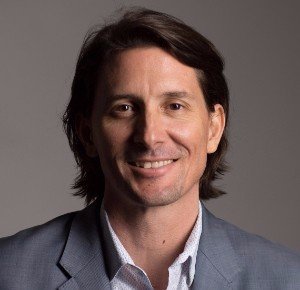 For more than eight years as associate founder and CEO of Singularity University (SU), Rob was teleported into the future through the eyes and work of some of the greatest thought leaders and changemakers of our time. He helped shape SU into a global leader for understanding exponential technologies and utilizing them for transformation and positive impact. He has worked directly with many startups, Fortune500 companies, NGOs, and government leaders to help inform and inspire their visions of the future, while building the paths to create it.

Today, as a global ambassador for SU, Rob has returned to the present to focus on creating the roadmaps necessary to reach the future he has seen as possible. He is passionate about technological disruption, global entrepreneurship, social impact investing, the future of education, transformation of work, innovative diversity, robots, AI advisors, and the ethics of technology. He has two small kids who remind him daily that his past is mostly irrelevant to their future.

In his past, Rob co-founded Velocity11 in 1999, building automation and robotics for cancer research and drug discovery. After being acquired by Agilent Technologies in 2007, he traded the CEO role for a general manager role attempting to be a catalyst for change at a big company. He gave up in 2009 to go surfing, then found his biggest challenge yet with Singularity University.

He was recently a public director at Harman (HAR), on the technology and audit committees. He helped Harman explore options for long-term growth in a rapidly changing automobile industry, ultimately resulting in an ~$8 billion acquisition by Samsung. As their largest acquisition in history, it brings Samsung directly into the automobile and autonomous car market.

Rob is a member of the MG100 (Marshall Goldsmith’s leadership cohort), is currently on the board of Light&Motion, is a co-founder and director of Alite Designs, is an active angel investor and advisor, holds degrees in Mechanical, Materials Science and Manufacturing Systems Engineering from UC Davis and Stanford University, and is a struggling author, maker, and surfer, but above all, a proud husband and father.

Beyond Politics: Innovating for a Sustainable Future

Rob Nail - June 7, 2017
Singularity University is dismayed by the Trump administration’s choice to withdraw from the Paris Accord. Climate change is one of the greatest risks to humankind, and the decisions we make over the next few...
Read more

Rob Nail - October 21, 2016
To reflect everything we have become since our founding in 2008, and more importantly, to showcase and accelerate our bold vision for our future, Singularity University has undergone an extensive company-wide rebrand. We’ve updated our website...
Read more

Singularity University Holiday Letter: 2015 Was Good, 2016 Will Be Great

Rob Nail - December 11, 2015
Happy Holidays! As we reflect on 2015 and look forward to a New Year, I wanted to share updates on our progress here at Singularity University, our outlook for 2016, and to express our gratitude...
Read more

Education is Undergoing a Startling Revolution — Let’s Support it!

Rob Nail - July 1, 2012
This post is written by Rob Nail - CEO of Singularity University, serial entrepreneur, angel investor, who loves to surf and surf the waves of accelerating change. Education is undergoing an incredible and exciting transformation, but I...
Read more