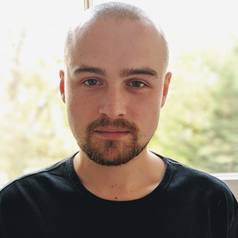 Thomas Moynihan is a UK-based writer. He is a research fellow at the Forethought Foundation; a visiting research associate in history at St Benet’s College, Oxford University; and works with Oxford University’s Future of Humanity Institute. His research looks at the historical development of ideas surrounding human extinction, existential risk, and the long-term potential of our species. Through his writings, he aims to tell the story of how —across the ages— people have woken up to the vastness of humanity’s potential in step with learning about its sheer fragility.

He has been interviewed on CBC Radio, BBC Radio 4, and appeared on various podcasts such as 80,000 Hours and Hear This Idea; his writings have been featured in publications such as New Scientist, Aeon, The Conversation, The Guardian, The Independent, Salon, MIT Press Reader, Vice, and Tank Magazine.

Currently, he is working on a book exploring why concern for the far future—and our species’ vast potential—has emerged only relatively recently when considering the entire sweep of past human thinking…

His most recent book was 2020's 'X-Risk: How Humanity Discovered Its Own Extinction' (MIT Press/Urbanomic).

Thomas MoynihanAnders Sandberg - Sep 17, 2021
In 1953, a Harvard psychologist thought he discovered pleasure—accidentally—within the cranium of a rat. With an electrode inserted into a specific area of its brain, the rat was allowed to pulse the implant by...
Read more