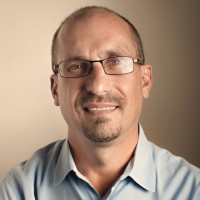 Ted Nordhaus is an author, environmental policy expert, and the co-founder and executive director of the Breakthrough Institute in California. He is a co-author of An Eco-Modernist Manifesto (2015). He lives in Oakland.

Ted Nordhaus is a leading global thinker on energy, environment, climate, human development, and politics. He is the co-founder and executive director of the Breakthrough Institute and a co-author of "An Ecomodernist Manifesto."

Over the last decade, he has helped lead a paradigm shift in climate, energy, and environmental policy. He was among the first to emphasize the imperative to "make clean energy cheap" in The Harvard Law and Policy Review, explained why efforts to establish legally binding international limits on greenhouse gas emissions would fail in the Washington Post and Democracy Journal, made the case for nuclear energy as a critical global warming solution in the Wall Street Journal, has written on the limits to energy efficiency and the need to prepare for climate change in the New York Times, and has argued for the importance of intensifying agricultural production in order to spare land for forests and biodiversity in Scientific American and the Guardian.

His 2007 book Break Through, co-authored with Michael Shellenberger, was called "prescient" by Time and "the best thing to happen to environmentalism since Rachel Carson's Silent Spring" by Wired. (An excerpt in The New Republic can be read here.) Their 2004 essay, "The Death of Environmentalism," was featured on the front page of the Sunday New York Times, sparked a national debate, and inspired a generation of young environmentalists.

Over the years, Nordhaus been profiled in the New York Times, Wired, the San Francisco Chronicle, the National Review, The New Republic, and on NPR. In 2007, he received the Green Book Award and Time magazine's 2008 "Heroes of the Environment" award.

Nordhaus is executive editor of the Breakthrough Journal, which The New Republic called "among the most complete efforts to provide a fresh answer" to the question of how to modernize liberal thought, and the National Review called "The most promising effort at self-criticism by our liberal cousins in a long time."

The Earth’s Carrying Capacity for Human Life Is Not Fixed

Ted Nordhaus - Jul 13, 2018
In a recent Nature Sustainability paper, a team of scientists concluded that the Earth can sustain, at most, only 7 billion people at subsistence levels of consumption (and this June saw us at 7.6...
Read more