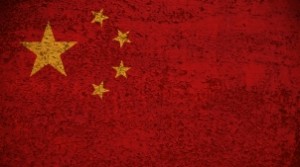 What if in just a short number of years we could double or triple the number of people in the world that were dedicated to the fields of technology, science, and research? Such a huge surge in the manpower being dedicated to these fields would have astounding implications for technological progress throughout the world. Just think what would happen if we suddenly doubled the number of people and dollars that were focused on curing cancer!

In an article published by the IOP (Institute of Physics) we learn that such a huge surge in the number of scientists worldwide is exactly what has occured in the last decade. In recent years China has seen an astonishing increase in the number of journal papers written by its scientists, symbolizing the rise of tens of millions of chinese scientists onto the world stage. According to the IOP published articles in nanoscience with at least one co-author based in China, have seen a 10-fold increase in the last 7 years! Quantity does not mean quality, but still it is hard to deny the incredible impact of all of these new scientists on technological progress now and in the future.

Singularity proponents often argue that technological progress in the next 50 years will far exceed that of the previous 50 years because the rate of technological progress is accelerating each year. Faster computers, more efficient algorithms, and better access to information are just a few examples of trends that are causing the rate at which technology progresses to accelerate. The rise of tens of millions of new scientists across the world is yet another of these powerful trends