Do It Yourself Biohacking 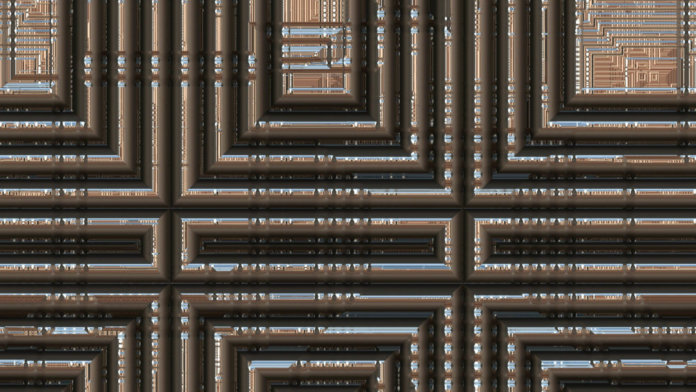 Ever wanted to play with your own genome? When you read about the latest genetic engineering tools do your fingers itch with anticipation? Do you look around the library, the pub, or the community center searching for your fellow biohackers? Look no further, intrepid gene-explorer, the Do-It-Yourself Biology movement has found a home at DIYbio.org. From the humble beginnings in the minds of Jason Bobe and Mac Cowell, the DIYbio community has exploded into the wider Internet community and is picking up interest from PBS, Seed Magazine, The Boston Globe, and many others. Back in January, Singularity Hub gave you a taste of what some at-home biologists were cooking, but now we’re ready to serve the whole enchilada. In the second part of this story we’ll have interviews with the founders and regular DIYbio contributor Bryan Bishop. Now, let’s all take a moment and tie our shoes, because DIYbio is about to knock our socks off.

Just to be clear on the concept: genetic engineering takes microscopic specimens and uses standard techniques to splice in desirable genetic traits. The uses of these traits range from the interesting (like making things smell like bananas) to the crucial (developing new vaccines). The power of this technology is almost limitless. Natural biology produced fully fledged sentient life in four billion years, synthetic biology might give us designer babies in less than ten.

The future is self-replicating

And the scientific community at large isn’t shying away from working with the DIYbio community. Jason Bobe works on George Church’s personal genome project. The PGP is a sympathetic cousin to DIY, hoping to make the discoveries of the Human Genome Project available for use by everyone. Church’s group is working on making protein synthesis (a key lab process) available in a kit. What’s more, that kit could be designed to produce more kits.

Self-replication is a big theme in the DIYbio community. Biology sort of has the universal property of making more of itself by default. Synthetic biology no less so. Imagine ordering a package off eBay that contained several different samples that, when grown, would provide all the necessary chemicals and specimens needed to perform experiments in your home. BioBricks™ — a physical assembly standard that contains selected DNA fragments– are already available to reputable scientists.  In the future, such technology could conceivably be made available to the world at large.  Heck, the entire lab could be available at some point as ‘seed’ samples that are grown rather than shipped as a finished product.

And this powerful tool is available to you. You! Sitting right there at your computer. What? You say you’ve never had a day of genetic engineering lessons? You don’t remember anything from high school biology? Well luckily for you, joining the DIYbio community is as simple as going to DIYbio.org and reading the forums. DIYbio can connect you with the literature that you need to help you get started. Supplies and equipment? There are discussion threads on how to find them. Want some help, why not join one of their local meet up groups and make some friends with other biohackers while you’re at it. Here’s a rather quirky video of a recent meeting in New York City. Camaraderie and DNA manipulation abound:

The DIYbio community is helping to open the world of synthetic biology to everyone. Everyone. And if you’re a little shocked and concerned by that concept, you’re not alone. The optimist will look at this glass of genetic soup and see it as half full of promises for cheaper fuel, better access to our own DNA, greater understanding of our world, and hope for improving our health. The pessimist points out that the same techniques that can make biofuel bacteria, test your DNA for diseases, and find new species can produce deadly pathogens, encourage genetic self-mutilation, and release invasive microscopic species. Should we be happy or terrified?

Typically, an institution such as a university, establishes a set of ethics and safety guidelines that help govern how its researchers should behave. Do-it-yourself changes all that. Most of the information is free-source, or published in widely read journals and letters. Equipment could be licensed, but somethings are so simple that household items can be used (did you watch the video? You’ll see what I mean). Even if these things could be controlled, the pragmatist knows that someone can always find a way around the controls. Whether we want to admit or not, the shared wealth of biological knowledge has reached a point where basic molecular biology can be done in private and without any supervision. It is unclear if synthetic biology will one day be similarly untethered.

The visionaries at DIYbio know that it might, and they are trying to plan accordingly. Bryan Bishop is quick to point out that we too easily follow the precautionary principle rather than the proactionary principle. To Bryan, “the proactionary principle is as follows: People’s freedom to innovate technologically is highly valuable, even critical, to humanity.” This doesn’t mean we don’t assess risks and take precautions, it means that we value innovation over fear, and use scientific observation to help us make decisions, not popular perception.

That being said, DIYbio hopes to foster a “this is my world too” sort of attitude that will inspire both innovation and regulation. Bobe and Cowell hope to borrow from successful examples in other communities such as high-powered rocketry. Using these communities as guides, they look to build a framework for safety and oversight. And the guys at the head are quick to point out that they hope to lead through example, not dictation. “It’s a meritocracy,” Cowell points out and competition is a way to get people to work together. Bobe and Cowell do have plans for drafting a common set of safety guidelines with input from inside and outside the community.

Even when scientists support the DIY community, they may not necessarily view it as on par with the more established scientific community. Scientists may value the DIY work without necessarily accepting it as “science.”  Their concerns shouldn’t be  just about safety or regulation. In the DIY community, how do you know if someone has really done what they claim to do? How can you repeat someone else’s experiments if the instructions were written out on a napkin?

Without the rigors and methodology of the global scientific community, the only answer I can see  is you have to rely on the community. Just as the established scientific institutions have peer reviewed journals that act as filters on scientific knowledge, so too may the DIYbio message boards be one day used to probe and praise the work of its members. High or low, the scientific process relies on a community of peers, and these guys know that.

Stay tuned for the second part of this story for interviews with Jason Bobe, Mac Cowell, and Bryan Bishop and for a discussion on the future of DIYbio.