Goodbye freshman seminars, beer-pong, student loans, and your cap and gown. Hello online coursework, digital textbooks, lecture mp3’s, and a radically new form of higher education. I can hear it already: “College is so 20th century.” As technology booms, is the university a dinosaur lumbering its way to extinction? 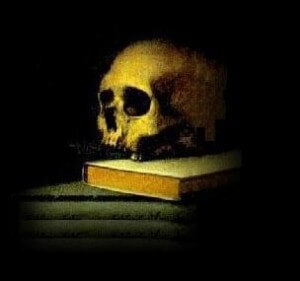 In the eyes of many, yes. David Wiley, a professor at Brigham Young University, recently claimed that the modern university “will be irrelevant by 2020.” Why pay for expensive, boring lectures when you can tap the same vein – for free – with lectures on your iPod? What use are pricey textbooks when their content is widely available online? Critics see the ivory towers of higher education crashing down, quickly replaced by the pillars of the information age. But are these predictions prophetic, or simply alarmist?

It isn’t a new argument. Remember that scene in Good Will Hunting? “You wasted $150,000 on an education you could have got for $1.50 in late fees at the public library.” Theoretically, this is true: the informational content offered at a university could be acquired elsewhere, for free – assuming, of course, a tremendous amount of time and dedication on the part of the self-taught student. The general argument being made nowadays is that the increased ease-of-access ushered in with the information age will make this sort of thing more common. You don’t have to get a library card, I guess.

Well, if history is any indication, the self-made scholar is a rare breed. This is because education isn’t really reducible to its informational content. Universities offer more than the bulk of knowledge dumped into its students’ brains; otherwise, we would just buy the textbooks and skip the tuition. William Yeats once said “Education is not the filling of a pail, but the lighting of a fire.” If we allow that teachers can accomplish more than simply presenting material – something like those inspirational scenes from Dead Poets’ Society – it’s difficult to see Google replacing the classroom anytime soon.

This is not to say that education isn’t changing. The structure and approach of universities will have to evolve alongside the information age (e.g. Singularity U). Mark Taylor argued recently in a New York Times op-ed that a radical overhaul of the university – abolishing both disciplines and tenure, to name a few – is needed to preserve its relevance. David Bell’s convincing rebuttal in The New Republic outlined many of the ways in which the best universities are already adapting and changing to the times.  It’s unlikely that the university will – to use Taylor’s analogy – go the way of Detroit.  Instead, we’ll see some things start to change, while others undeniably remain the same.

One institution that will persist is the high standard of quality placed in a university degree. Suffice to say, most of us don’t want our dams and bridges being built by someone with an engineering degree from Wikipedia. Yes, students may find themselves enrolled in more online classes.  But the real-world applications of this knowledge, the kind that comes from smelly chemistry labs and gross dissection tables, won’t come digitally anytime soon.  Rigid and static universities that fail to adapt will fall to the wayside, perhaps replaced by their online counterparts. But the best universities will integrate digital technologies into their traditional curriculum, and emerge all the better for it.

Here we find a paradox within the argument as to universities’ collective fate.  The same technologies that are proposed as replacements for teachers and classes are actually improving both.  Recorded lectures don’t really replace the educational experience of taking a class, but they sure help when you’re trying to remember what your professor said at the beginning of the semester.  New media don’t teach students by themselves, but they are excellent resources in the hands of a capable educator.  If a technology can teach a certain topic better than a human can (say, a game to teach foreign language), it will be deployed to that purpose – but the teacher still take over where the technologies fail (which is to say, they are tools). Even as new technologies are offered as the new teachers, they make the traditional teachers even better at their work.

Maybe someday, an online degree will produce the same quality and expertise as Stanford or MIT.  But I wouldn’t bet on it. Education is about getting students to think critically.  It’s about climbing up on the table to get a different perspective. And until the glow of your computer screen or an mp3 lecture can light that fire, the university won’t be pushing up the daisies anytime soon.

Full Disclosure: The author will be attending graduate school in the fall.  Heh.