Autism remains one of the most poorly understood and troubling developmental disorders of modern medicine. But the genetic revolution could turn that around. Recent research by the groundbreaking Autism Genome Project has identified key mutations and susceptibility genes involved in the disorder. Down the road, this could pave the way for new treatments.

Autism is a poorly understood developmental disorder that can cause impaired social interaction, poor communication skills, repetitive behaviors, and a variety of other symptoms. Cases differ in both the degree of severity and particular symptoms, and include three subtypes along what is called the autism spectrum: Autism, Asperger’s syndrome, and Pervasive Developmental Disorder. Symptoms usually appear before a child is three years old, and the disorder is four times more common in boys than in girls. The National Institute of Health estimates that three to six children in every 1,000 will have some type of autism spectrum disorder.

The cause of autism is notoriously elusive, and has been the focus of extensive research over the past few decades. Because disorders along the autism spectrum are diagnosed behaviorally, they exhibit variable symptoms (thus, the “spectrum”) and aren’t the result of any single cause. Controversies over autism’s causes have debated whether its roots are biological or environmental (see, for example, the debunked vaccine theory). Recent research is showing that like most psychological disorders, autism is linked to a combination of genetic, epigenetic, and environmental factors. However, the emerging consensus is that autism is primarily genetically mediated, with high rates of heritability for both autism (0.7) and Asberger’s syndrome (0.9). Until recently, the actual genetic mutations responsible for autism’s heritability have remained unclear.

Enter the Autism Genome Project (AGP). A large-scale collaborative research project of 120 scientists from 60 different institutions, the AGP aims to identify the genetic architecture involved in susceptibility to autism and spectrum disorders. This month, the AGP reported in Nature its findings that strengthen a growing consensus about the role of genetic mutations called copy number variations (CNVs) in the autism spectrum. Because we all inherit 23 chromosomes from each parent, most folks have two copies of each gene or DNA segment – one from mom, one from dad. A copy number variation is when a particular stretch of base pairs (sometimes encompassing whole genes) differs from the expected number of two. Sometimes a deletion leaves one set, and sometimes a duplication gives three or more sets. 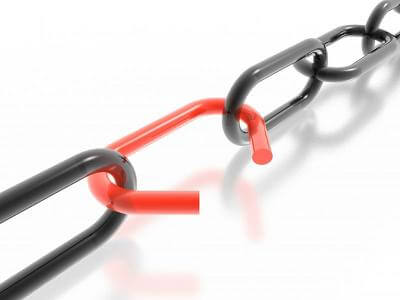 The AGP research found a higher prevalence of CNVs in autistic populations than in controls, which are thought to disrupt genetic mechanisms important for neuronal and intellectual development. Only about 1% of the general population has these CNVs, and they are only present in 3.3% of autism cases. The AGP study also identified four susceptibility genes involved in cellular proliferation, synapse development, and signaling between neurons – but again, mutations on these genes are rare and aren’t common to all individuals with autism. These findings support a growing consensus that autism is caused by a multitude of “rare variants,” none of which directly cause the disorder but which collectively increase an individual’s susceptibility.

AGP started in 2002 and has undergone two major phases of research. Phase One concluded in 2007 and identified two genes involved in autism susceptibility.  Phase Two – the research presented here – compared the genomes of 996 people with autism against those of 1,287 control subjects, including many family studies. Future research at AGP will focus on identifying further CNVs within the population by increasing the sample sizes for comparison.

It’s important to recognize the complexity of factors that lead to autism, as well as our limited understanding of these relationships. Autism is not caused by just a few genes or mutations, and we aren’t going to find a “smoking gun” cause anytime soon. In many ways, autism research exemplifies the growing recognition that genetic determinants are messy and complex (recently covered here at the Hub). Instead of straightforward common genetic causes, the susceptibility to autism is linked to unique combinations of mutations, only some of which show significant overlap between individuals.

This recent AGP research is promising in two ways. First, it opens up new avenues for further research, showing scientists where to look to more clearly understand the causal mechanisms that underlie autism’s genetic component. Second, it paves the way for new treatment options by clarifying which molecular mechanisms are broken in the autistic genome – malfunctions we can develop drugs to counteract. This research is most valuable within the broader context of autism’s epigenetic and environmental factors, and its implications for treatment should be combined with equally important therapy-based approaches.

Autism remains one of the most troubling and elusive psychiatric disorders in the modern age. There is still a great deal we don’t know. Is the disorder becoming more common, or is it being diagnosed more consistently? What environmental factors increase the risk of autism, and how do they interact with genetic components? There are many avenues for further research, and it is promising to see such massively collaborative efforts as the AGP. Slowly, as we shed more light on the autistic genome, we can develop treatments more appropriate to the disorder and the individual patient. And because the costs of genetic testing are dropping rapidly, research should continue to accelerate and put new therapeutic options within reach. Maybe someday, we can look back on this pioneering research as the foundations for a cure.

Check out this short video from ABC covering the recent findings: