Players Rule Their Real Neighborhoods with Shadow Cities, a Location-Based MMORPG for the iPhone (VIDEO) 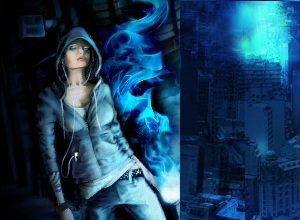 When Steve Jobs unveiled the first iPhone in 2007, he described it as a revolutionary and magical product. Fortunately, the founders of the Finnish company Grey Area, the maker of Shadow Cities, were listening and found their platform for an engaging game idea: a location-based MMORPG in which you, and not an avatar, battle against other mages for domination of neighborhoods in your city. First launched in Finland on November 10 of last year, in one day it became the top grossing app in the Finnish App Store, to the surprise of Grey Area’s founders. Released in North America last month and now in 13 more countries in Europe, Shadow Cities is bringing an engaging, new spin on the typical iPhone game with alternative reality gaming…and it’s free to download from iTunes.

To get just a flavor for the game experience, check out the following trailer:

One of the key hooks about Shadow Cities is it is location aware. When the game was first conceived, the founders of Grey Area weren’t interested in fantasy or sci-fi settings, but making players’ actual surroundings the backdrop of a game. The idea of playing in an area that you are intimately familiar with or to explore your city more was intriguing. While other apps use geographical location purely for reference, Shadow Cities really emphasizes your particular neighborhood and surrounding ones. After all, there is an inherent desire to defend what’s ours, and neighborhoods are a good place to start. By using actual location, the iPhone becomes a window to a parallel world, hence the name of the game.

MMORPGs are all about story lines and character building. The backstory of Shadow Cities is the return of magic to the world after a very long hiatus. The iPhone is a magical device that allows you to become a mage and take part in battles against mages from the other faction, of which there are two, the Animators and Architects. You discover friends on your team near your location and working together through in-game chat, you conquer your city neighborhood-by-neighborhood. There are NPCs, which are roaming spirits, and real players around you that you can fight. You fight by learning spells, which you cast my using the iPhone’s touch surface to draw the rune shape. When you are on the move, you can patrol areas for enemies.

The user interface is sleek and it offers missions to complete to advance through the game. The more battles you win, the more experience you gain. Experience ultimately leads to leveling your character and that means becoming more powerful and diverse with more spells. But in order to cast spells, you need mana. Mana is commonly used in RPGs to represent energy. So if you run out of mana, you’ll need a way to get more before you can cast again.  As is common in the modern world of free games, players can buy more mana, instead of roaming around trying to collect it. Since it’s a free game, sales of mana are the only income source.

Player response has been much greater than the founders expected. The founders were surprised at how much players wanted to defend their neighborhoods. They expected some light play, perhaps checking in now and again like Twitter, but instead they are finding players to be engrossed in the environment. Player generated wikis and tutorials have sprung up, along with the organization of real world MeetUps. There are even campaigns running in a city with leader boards.

The game is attracting a lot of attention and that means investment and jobs. Grey Area raised $2.5 million in Series A funding last year and the future looks bright, especially with the latest rollouts to North American and more of Europe. All this interest has led to some serious growth, as the company’s job board looks like they are hiring fast and furious.

Shadow Cities is awesome because of its interface, compelling gameplay and breakout response. It will be exciting to see how the notion of location-based gaming gets pushed into all sorts of intriguing directions. In a presentation in the Netherlands, the CEO, Ville Vesterinen, talked about the way that the game came into being and suggested that there were many ideas rolling around about how to use locations for gaming as a way to generate fresh content and keep the game intriguing to millions of players. Furthermore, he suggested the Shadow Cities was what he and the other three Grey Area founders came up with for location-based gaming, but the potential was so great that others will be inspired to go even further. Although the game is currently only available on the iPhone, it is probably only a matter of time before a similar game is expanded to the iPad, which would offer a much wider or more detailed view of a location.

You can find a solid walkthrough of the game at GameZebo.